Home > Back to Search Results > War reports from the Confederacy...
Click image to enlarge 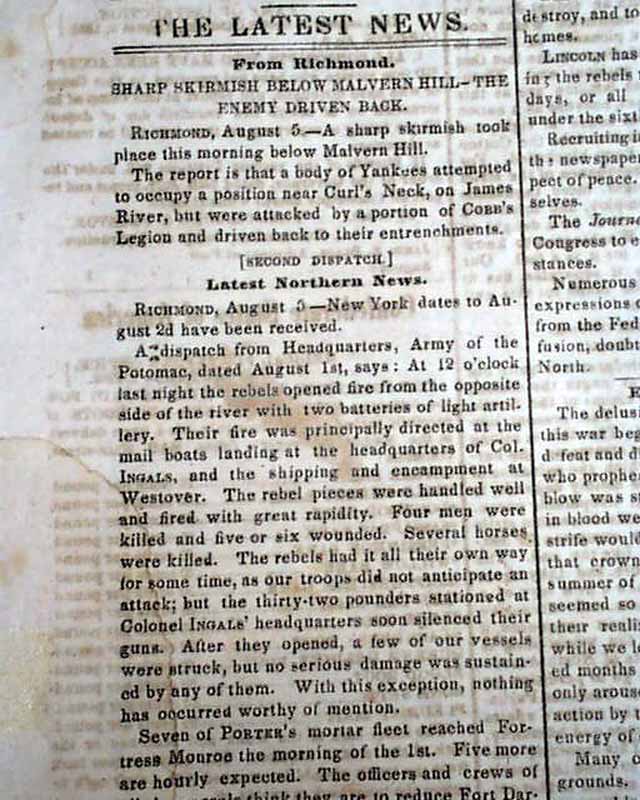 War reports from the Confederacy...

A nice newspaper from the hotbed of the Confederacy, where the Civil War began. The front page has: "Latest Northern News" "From Richmond" "From Savannah--Capture of the Steam Ship Lodona...""From Chattanooga--The Enemy at McMinnville, Tennessee" "Skirmishing with Pope's Forces--A Great Battle Imminent--The President Determined to Retaliate" "Release of Confederate Prisoners--Negotiations About Butler--Proclamation from Lincoln" and more. Other war-related items inside.
Four pages, never bound nor trimmed, some staining & minor loss at the blank margins, generally good.