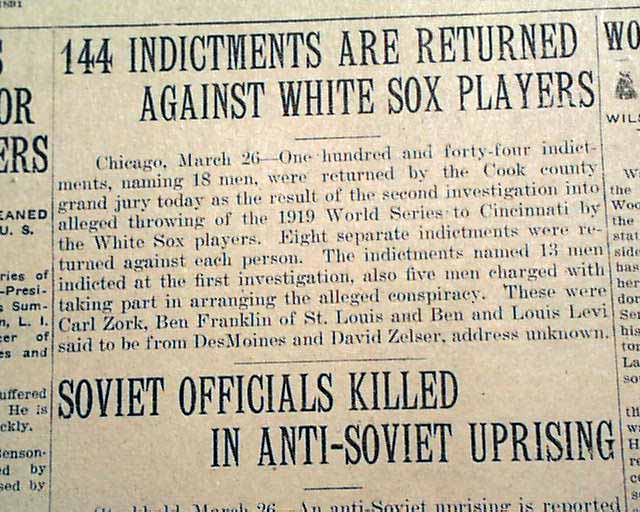 The top of the ftpg. has a two line, 2 column head: "144 Indictments Are Returned Against White Sox Players" concerning the throwing of the 1919 Baseball World Series by the Chicago White Sox, known as the "Black Sox" scandal. See the photos for the full text.

Complete in 8 pages, repair in the first column doesn't affect the noted content, various chipping at the margins causing minor text loss to inside pgs. but not the ftpg., some edge dirtiness inside. Must be handled with care. 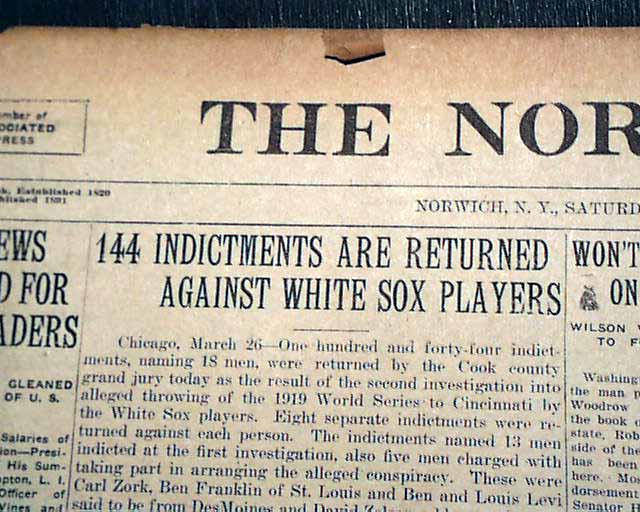 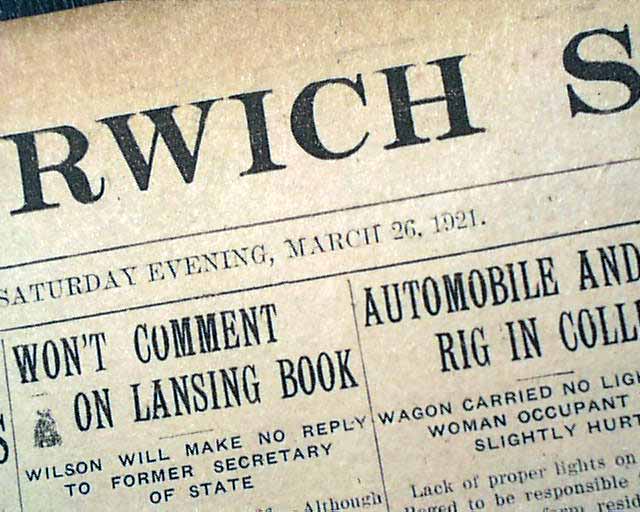 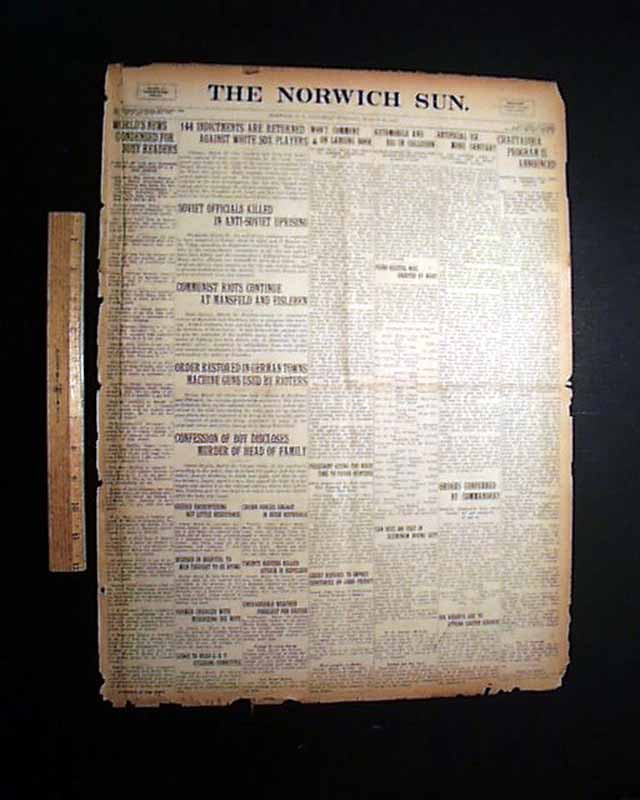