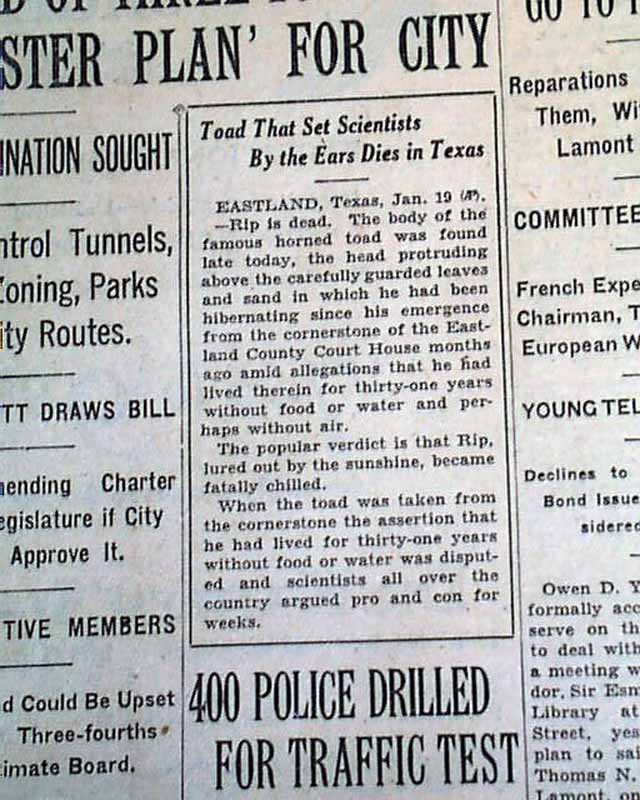 The front page has a small one column heading within inset: "Toad That Set Scientists By the Ears Dies in Texas" (see)
Page 16 has a one column heading: "CHICAGO GANG WARS KILL 125 IN 9 YEARS" with subheads. (see) This was less than a month away from the infamous St. Valentine's Day massacre.
Complete 1st section only with all 30 pages, light toning and a little wear at the margins, irregular along the spine, generally good.