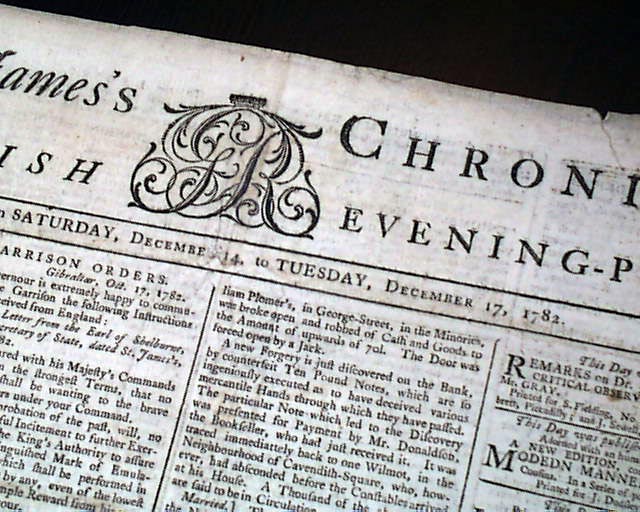 The front page has a report: "No official accounts are yet received of the evacuation of Charles-Town, but, by the latest accounts...we are informed this event took place the 23rd of October, that the garrison was not molested in the embarkation, and that they took almost every article of value with them...Spain not only offered Porto-Rico for Gibraltar, but will also give the island of New Orleans and the Western Florida for that fortress. Mr. Laurens, who lately left England...has lately embarked from France for Philadelphia...Mr. Jay is recalled to his Embassy at Madrid & it is said the Spaniards have lately become more inclinable to declare America independent States." 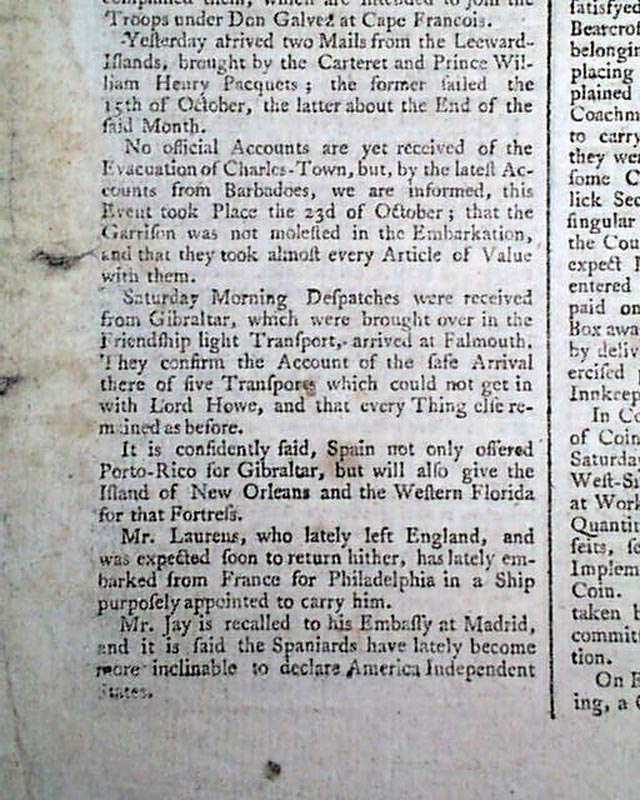 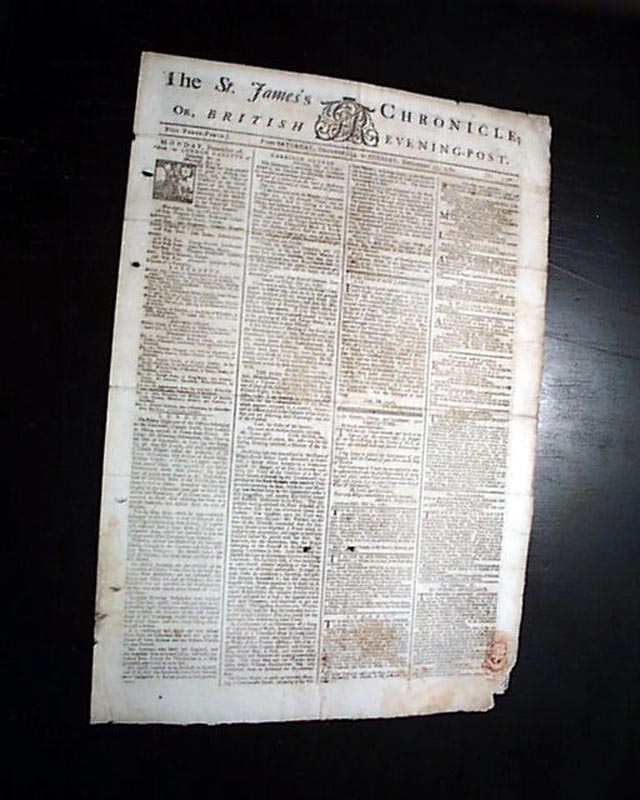 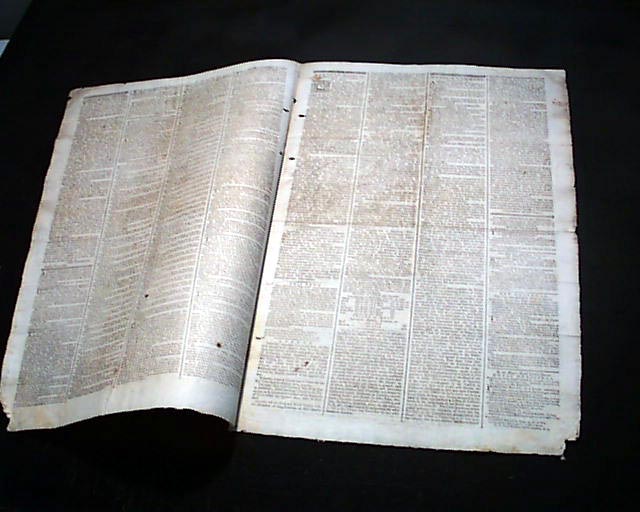