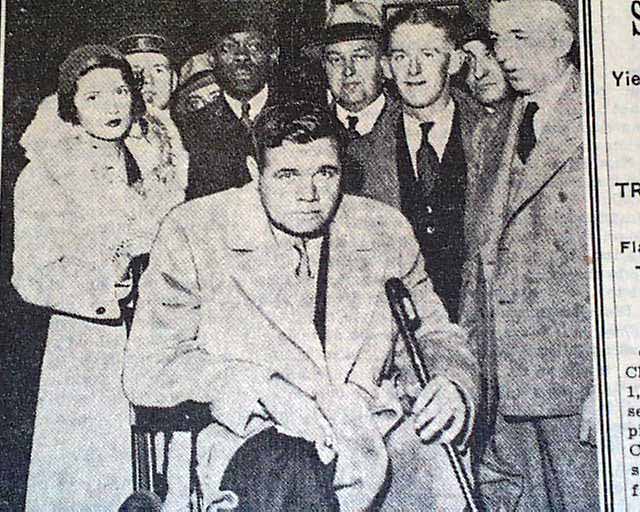 Page 27 features a photo of Babe Ruth in a wheelchair which is above an article titled: "Ruth, Back From Boston, Helped Into Wheel-Chair as 500 Watch" and another heading.
There is also an article with a heading: "Homer Taken From Gehrig" because he passed a teammate while rounding the bases. Gehrig would end the season tied for the home run title with Babe Ruth, otherwise he would have won it.
The top of the front page has column heads including: " 'LEGS' DIAMOND SHOT AT INN IN CATSKILLS; CONDITION CRITICAL" "Notorious Gangster  is Badly Wounded at Lonely Roadhouse Where He Had Dined" "No Clue to the Assailant" and more.
Complete in 44 pages, nice condition.