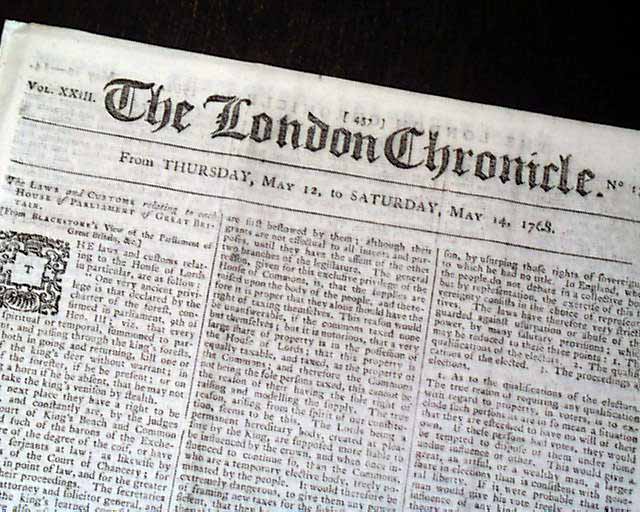 
THE LONDON CHRONICLE, May 14, 1768  Inside is an interesting article on the role of Government and Providence in relation to public welfare and government debt.  It begins: "The political disease seems to be near a crisis...". Several hundred years later the topic continues to be at the forefront of public discourse.
Also within is a mention of "A Portugal Merchant" which was a response to a Benjamin Franklin letter printed in the January 7, 1768 issue of the London Chronicle.
Complete in 8 pages, 8 1/2 by 11 1/4 inches, nice condition. 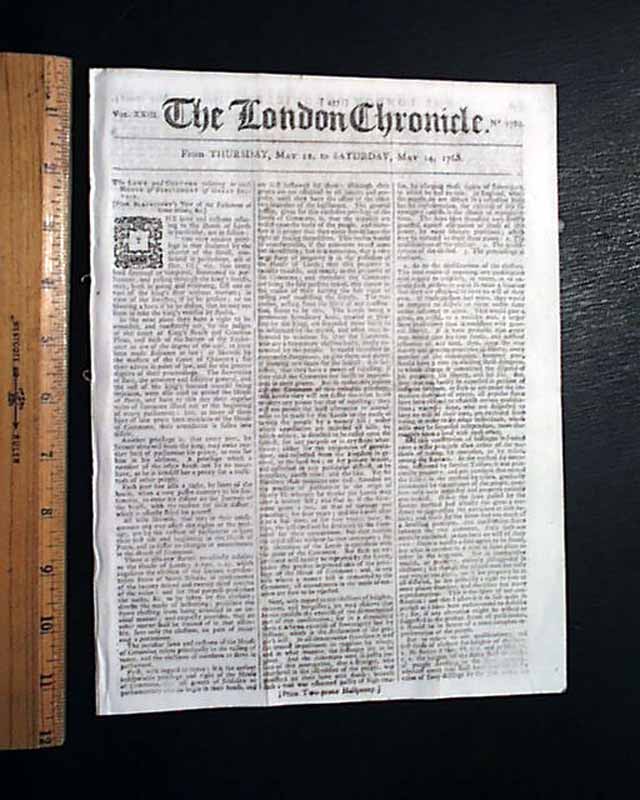 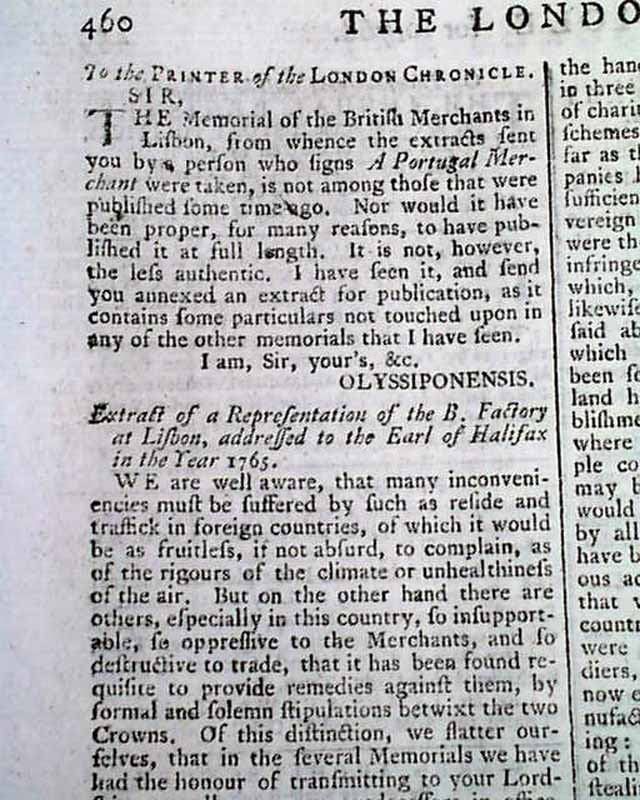 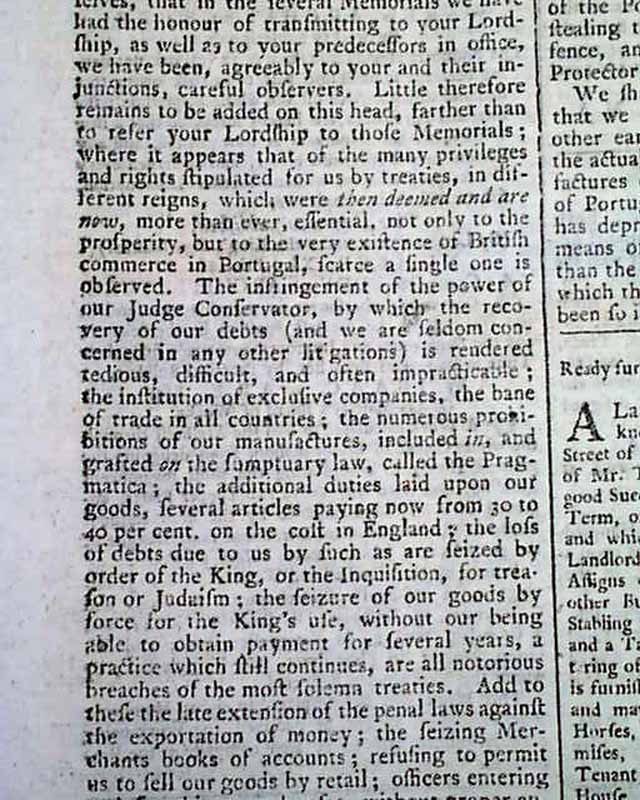 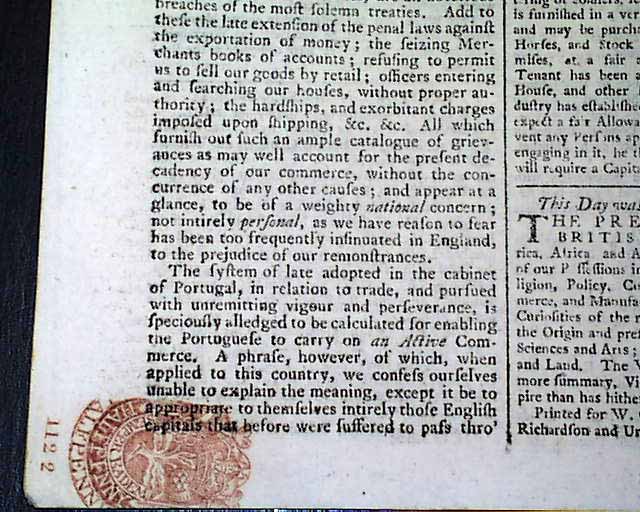 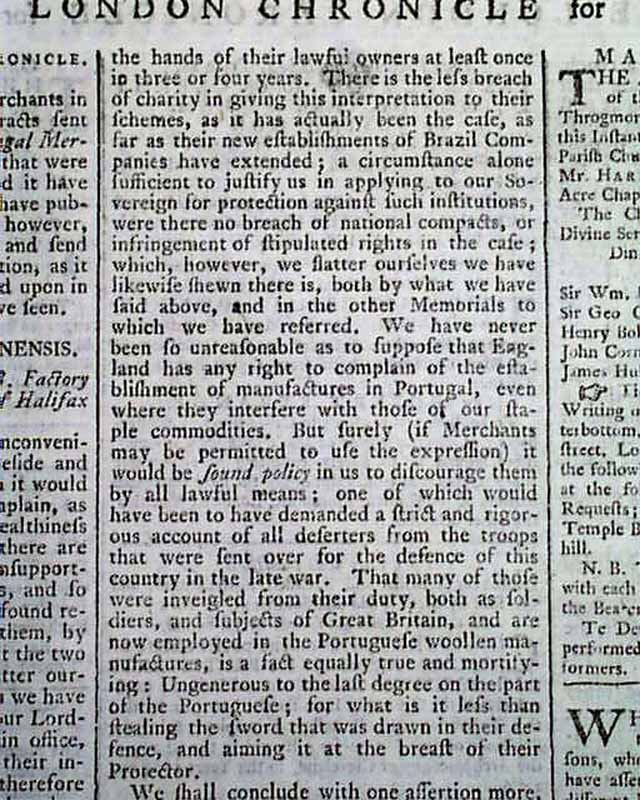 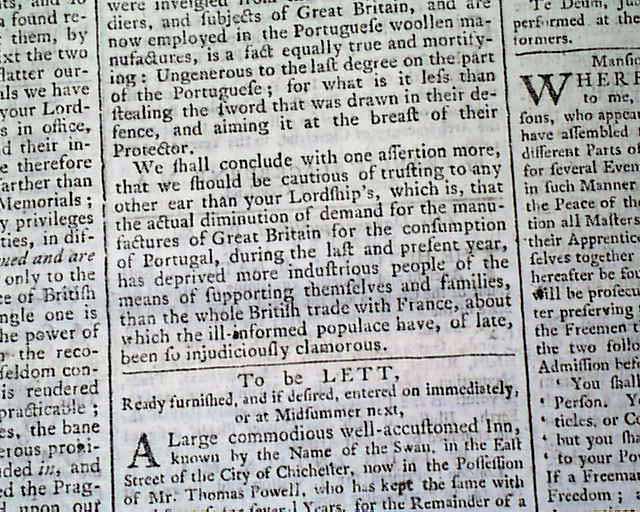 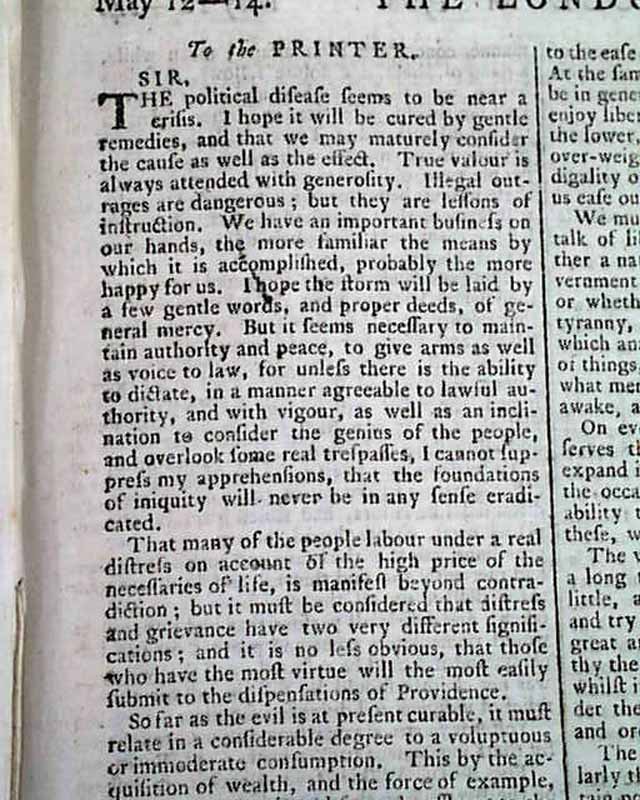 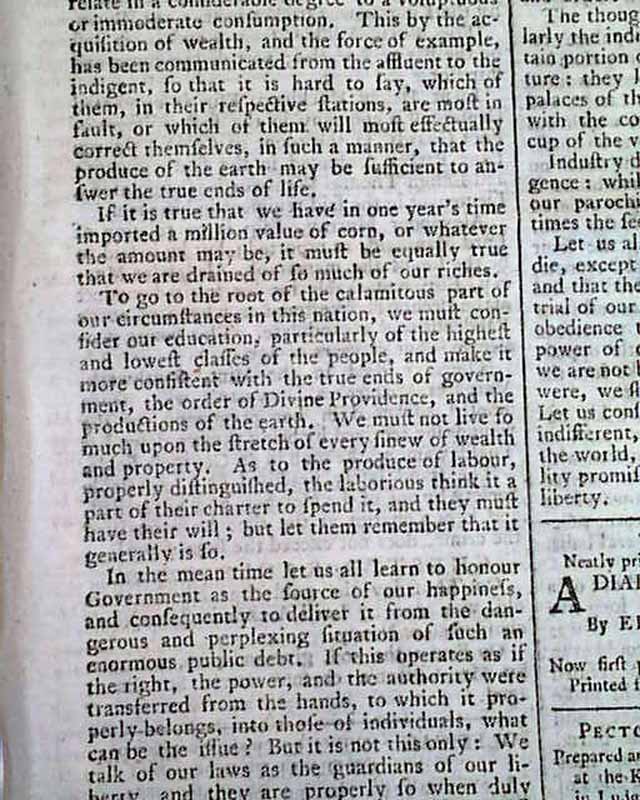 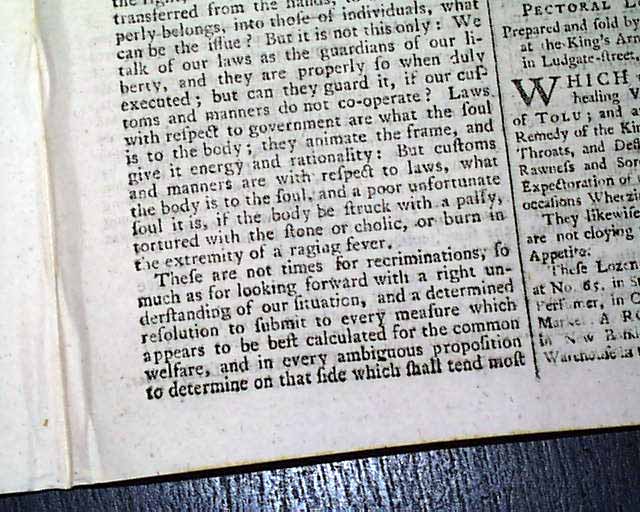 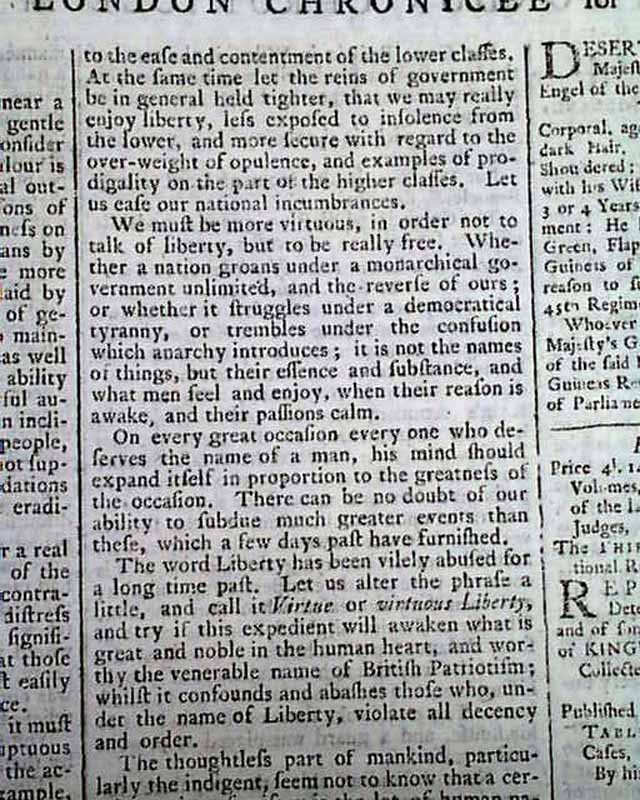 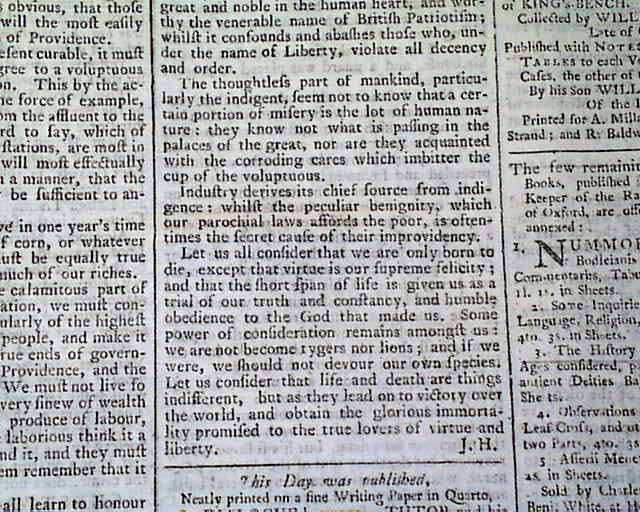