Home > Back to Search Results > Connection to the Lincoln assassination...
Click image to enlarge 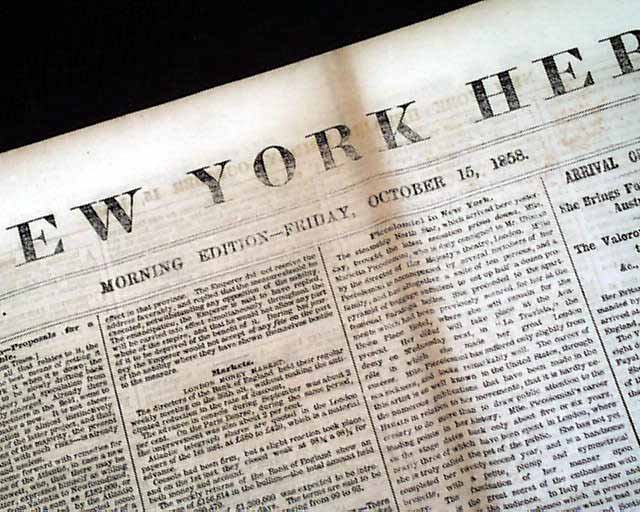 Connection to the Lincoln assassination...

The play President Abraham Lincoln attended on the night he was shot was "Our American Cousin". Its "world" premiere was actually in New York City on October 18, 1858.
This issue contains on page 7 a very brief and discrete advertisement for the play, noting: "Laura Keene's New Theatre...Monday-Tom Taylor's new comedy, Our American Cousin". This brief mention was three days prior to opening night.
In another curious connection, Laura Keene, the actress for whom this New York Theatre was named, was the star in the Ford's Theatre production the evening Lincoln was shot.
Eight pages, minor central fold and spine wear, foxing to an upper portion of page 1 only, generally in good condition.