Home > Back to Search Results > The Four Marx Brothers in 'Home Again'...
Click image to enlarge 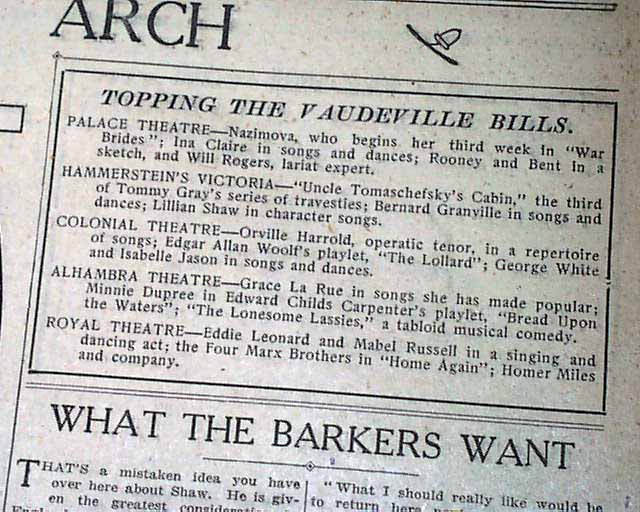 Within this issue, on page 5 of section 7 within various entertainment news, is a rather inconspicuous--yet significant--report under the heading: "Topping The Vaudeville Bills" noting that at the: "Royal Theatre--Eddie Leonard and Mabel Russell in a singing and dancing act; the Four Marx Brothers in "Home Again"; Homer Miles and company." It was after this show that Gummo left the group to become an agent, and he was replaced by Zeppo.

Complete 40+ page issue, light toning, a few binding holes along the spine, generally good. Should be handled with care.

Note: The NYT database does not show any mention prior to this date, however they did appear in the region as far back as 1912.