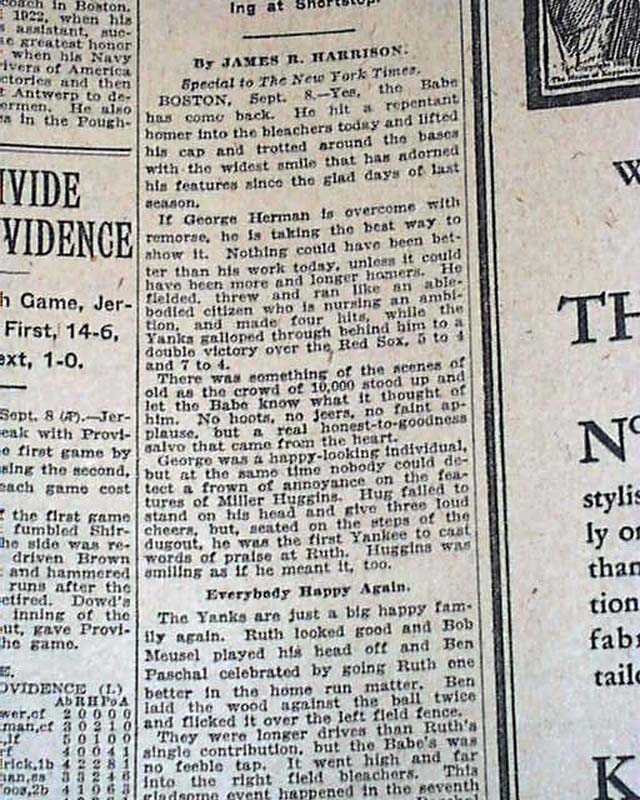 The sport's section (page 28) has a six column headline: "Giants Break Even, Robins Win Twice, and So Do Yankees" with subheads: "RUTH HITS HOMER AS YANKS WIN TWO" "Babe Gets Four Safeties in All as Red Sox Go Down to Defeat, 5-4, 7-4" and box scores. First report coverage on the doubleheader between the New York Yankees and the Boston Red Sox. Though not mentioned within the text, through research this was the game in which the Bambino hit his 300th career home run. Always nice to have notable events in history reported in this World famous publication, especially on this topic.
Other news, sports and advertisements of the day. Complete in 52 pages, light toning, irregular along the spine, otherwise in very nice condition.