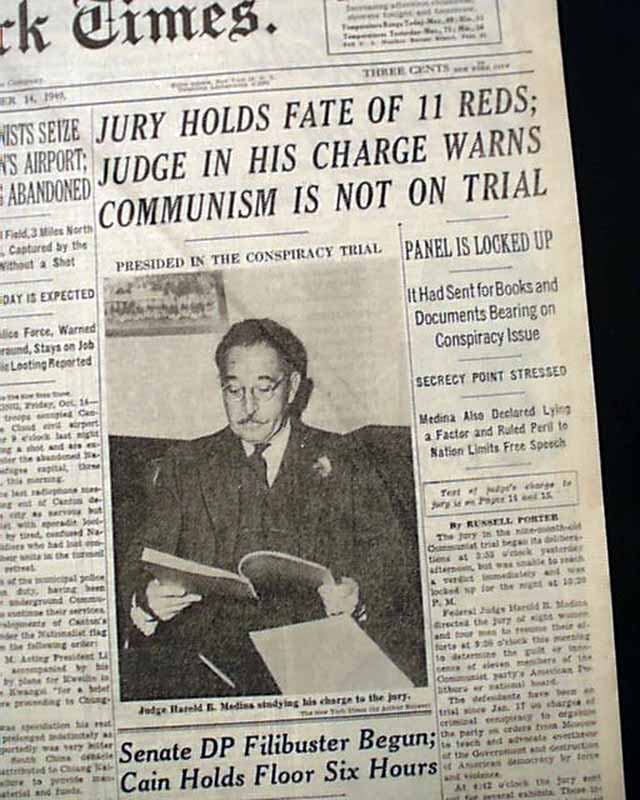 The top of the front page has heads on the Smith Act trials of Communist party leaders, with: "Jury Holds Fate of 11 Reds; Judge In His Charge Warns Communism Is Not On Trial" with various related subheads & a photo as well (see). This issue reports the first of several trials, one of the lengthiest trials in American history. The defendants were accused of violating the Smith Act, a statute which imposed penalties on those who advocated violent overthrow of the government (see hyperlink for more). A landmark case on Communism in the United States.
Complete in 54 pages, this is the rag-edition, printed on very high quality newsprint for institutional use. Great condition.