Home > Back to Search Results > First of this title we have offered...
Click image to enlarge 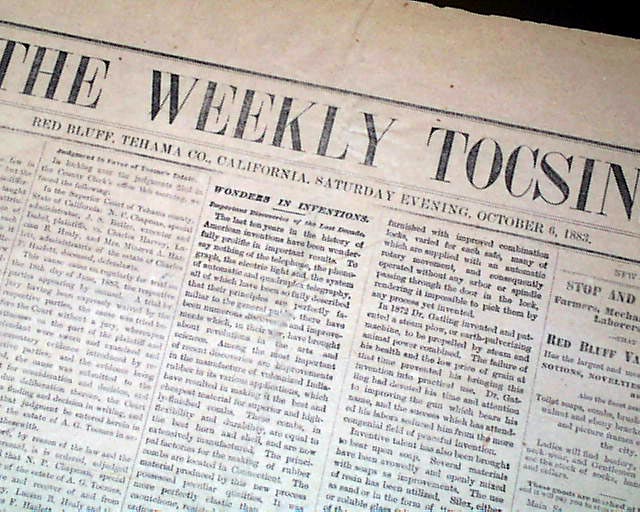 This is the first of this title we have offered, and is the volume 1, number 2 issue. Gregory notes that only one institution had any holdings, but those have likely all been deaccessioned.
Red Bluff was originally known as Leodocia, but was renamed to Covertsburg in 1853. It got its current name in 1854. Located at the head of navigation on the Sacramento River the town flourished in the mid to late 19th century as a landing point for miners heading to the Trinity County gold fields and later as a temporary terminus for the Southern Pacific Railroad's northward expansion.
Eight pages, evenly toned, good condition.