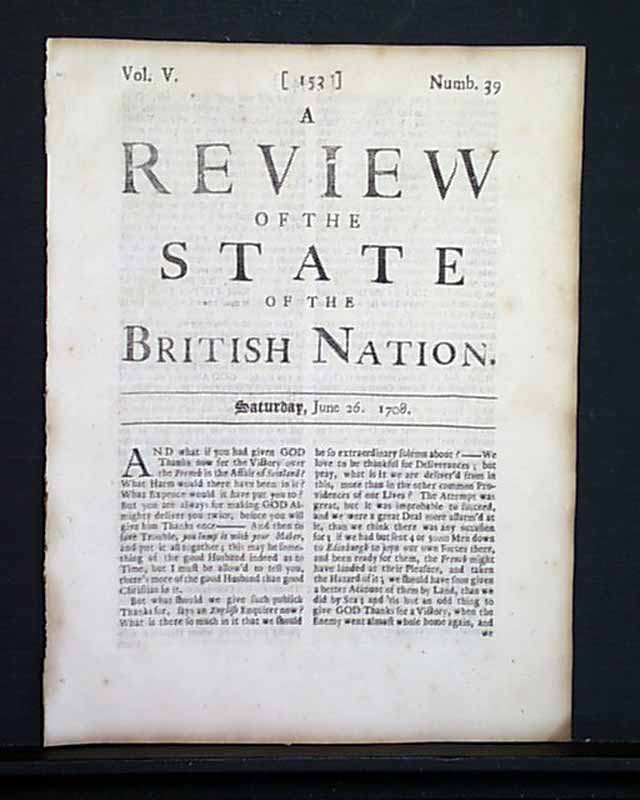 From research done by the prestigious London rare book firm of Pickering & Chatto, this is: "...one of Daniel Defoe's greatest, but least known, works. The Review covered his many interests, both literary and historical. It had a tiny original print run of just 400, making this a very rare title.
Defoe's "Review" played a significant role in the birth of the modern press. It was not so much a newspaper dealing in facts but a journal of opinion and discussion. But in some ways it was itself the most interesting example as it was the first of a new genre: the eighteenth-century periodical essay. It was ultimately the government's imposition of a stamp duty, not a decline in quality, that brought the Review to a close in 1713." (courtesy Pickering & Chatto)
Complete in 4 pages, 6 1/2 by 8 1/2 inches, very nice condition. An opportunity for a very uncommon title.