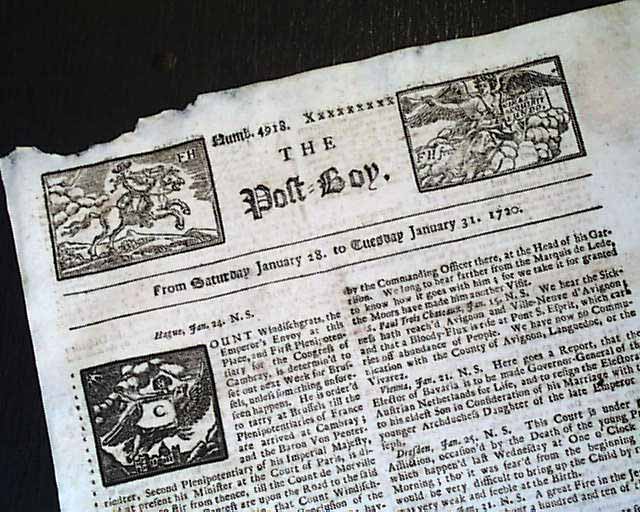 One of the more decorative 18th century issues with two ornate engravings in the masthead, and the first letter on the ftpg. very embellished.
The front page has several items including a report from Frankfort: "A great Fire in the Jews Street hath consumed here about a hundred and ten of their Houses, but none of the Christians." also: "...This hath greatly alarm'd the rich Mississippians, and no less rejoiced the Persons unconcern'd." and also: "There is in the Downs his Majesty's ship the Shoreham; as also seven East Indian ships, two for Guinea, seventeen for Virginia...and the Wihgham, Capt. Mackcane, all three for Virginia, Packer Galley...".
Single sheet, 8 1/4 by 14 1/4 inches, partial red tax stamp on the bkpg., great condition.