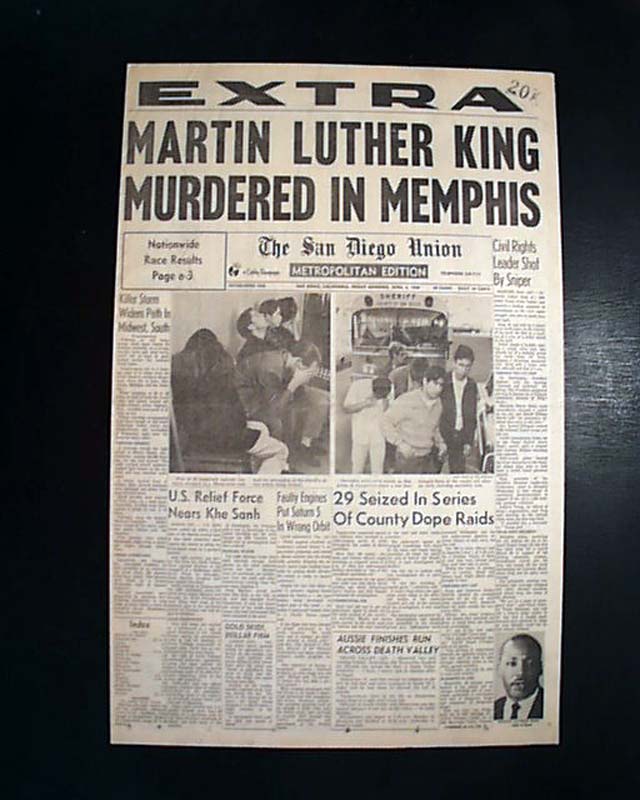 The front page has a nice and displayable headline above the masthead that announces: "MARTIN LUTHER KING MURDERED IN MEMPHIS" with subhead and small photo of King. (see)
Incomplete issue containing the front and back leafs of the first section only (total of 4 pages), small "20cent" stamp within the masthead, nice for display as such.