Home > Back to Search Results > Just before the storming of the Bastile...
Click image to enlarge 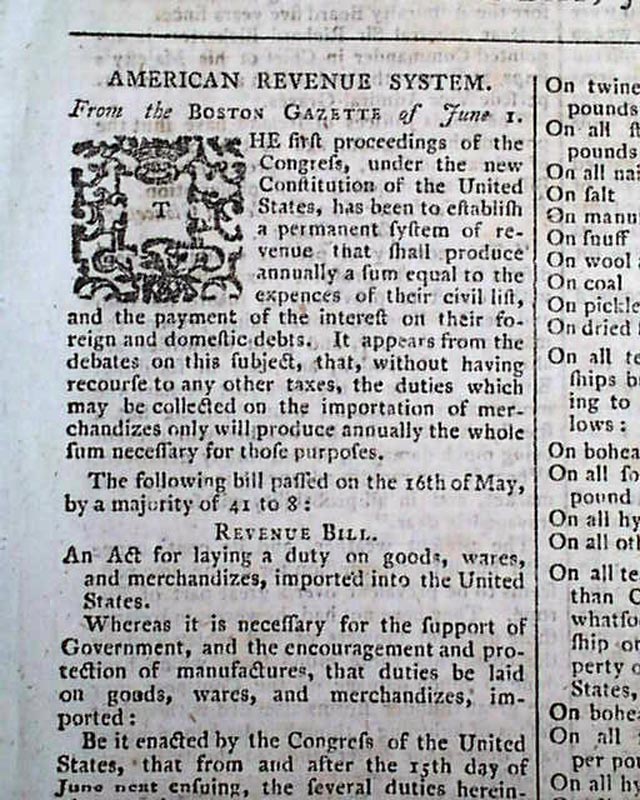 Just before the storming of the Bastile...

* Beginning of the French Revolution

An inside page has a lengthy report from Paris headed "Commotions In France" which covers much of the early events of the French Revolution.
Portions include: "The palace of Versailles is guarded by 3 lines of soldiers & the King has little to fear while the Marshal de Broglio is about him..." and "...the troops & artillery being all arrived, the Court has thrown off the mask; M. Necker is dismissed & banished...the shops were shut up & the populace went to the cutlers shops & arming themselves with swords, hangers, muskets, etc. paraded the streets all the evening with drums...the populace having seized the arsenal & taken from it all the arms & ammunition...." and so much more.
These reports are datelined just a few days before the historic storming of the Bastille.
Complete i 8 pages, 8 1/4 by 11 1/2 inches, very nice condition.