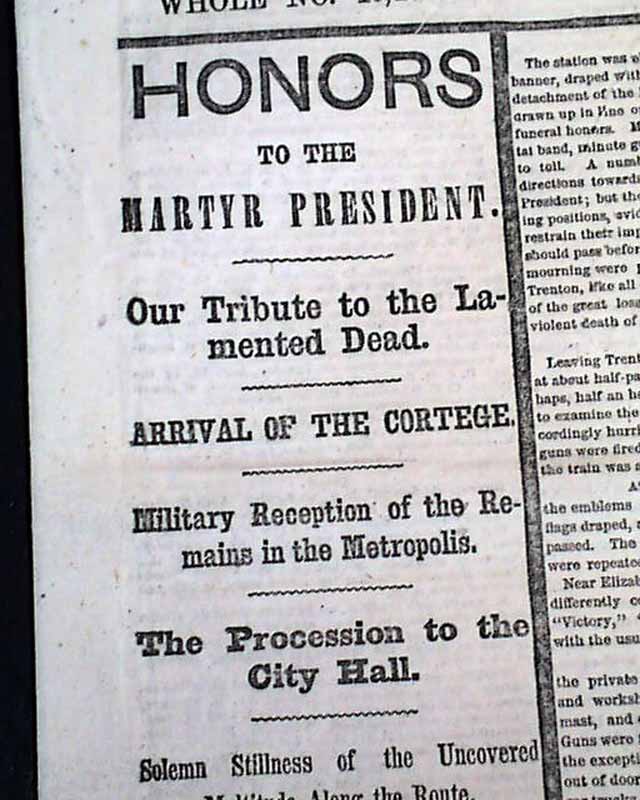 All columns on all 8 pages are black-bordered in memory of Abraham Lincoln.
Two-thirds of the first column are taken up with nice heads concerning the funeral of Abraham Lincoln including: "HONORS To the MARTYR PRESIDENT" "Our Tribute to the Lamented Dead" "Arrival of the Cortege" "The Body In State" "The Procession to the City Hall" "Scene of Sadness & Sorrow" "Incidents of the Obsequies" & much more.
Further reporting on the funeral on pages 4, 5 and 8 including: "The Assassins" "The President's Murder Organized in Canada & Approved at Richmond: "SHERMAN" "Capture of Macon, Ga." "Honors to the Martyr President" & much more.
Eight pages, never bound nor trimmed, nice condition.