Home > Back to Search Results > With a note signed by George Washington...
Click image to enlarge 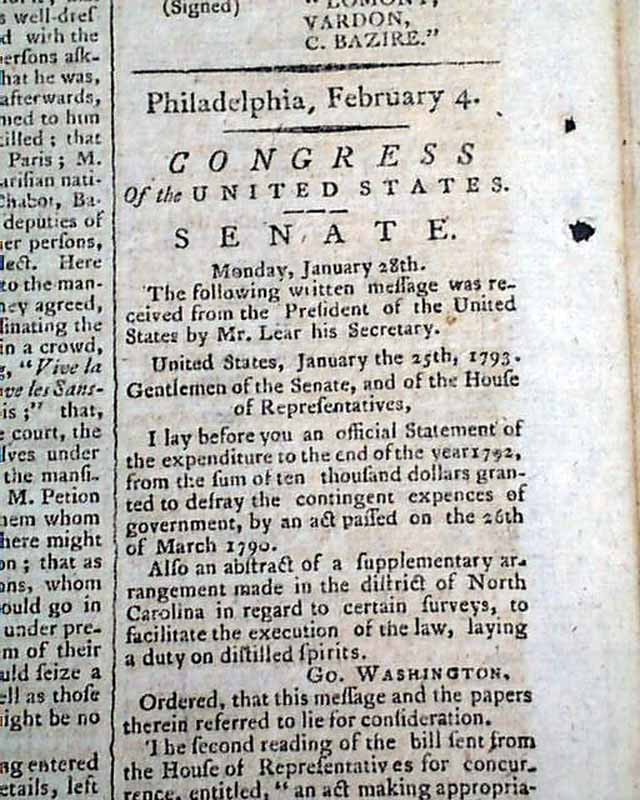 With a note signed by George Washington...

Page 2 has reports from Congress which includes an introductory note signed in type by the President: Go. Washington.
Page 3 has: "Articles of the Society for Promoting the Improvement of Roads and Inland Navigation". The bkpg. includes a $20 reward for a runaway "...Negro Girl, named Nancy..." with details. Also an ad for the sale of: "An Estate called Franklin Parke" formerly owned by Ben Franklin's Loyalist son.
Four pages, never bound nor trimmed, great conditoin.