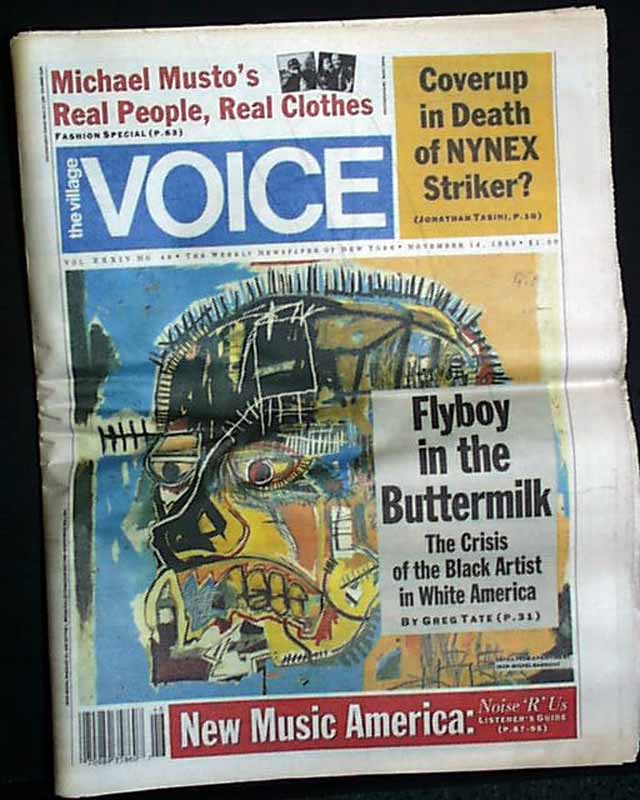 The front page has: "Flyboy in the Buttermilk - The Crisis of the Black Artist in White America", which is an article featuring Jean-Michel Basquiat, SAMO Graffiti artist, which continues on pages 31-33. The background of the cover is a sample of his artwork. The inside article has: "NOBODY LOVES A GENIUS CHILD" by Greg Tate, which includes the subhead: "Jean-Michel Basquiat, Lonesome Flyboy in the '80s Art Boom Buttermilk", and has a photo of Basquiat.
Another article, "Forever Dead" by Joe Del Priore, features The Grateful Dead, includes a large photo on page 3, and continues on page 101 with an interesting illustration of the band and considerable text. See images for details.

Complete in 192 pages, a strong mid-fold and a couple of minor margin tears, but overall in nice condition.