Home > Back to Search Results > On the founding of television...
Click image to enlarge 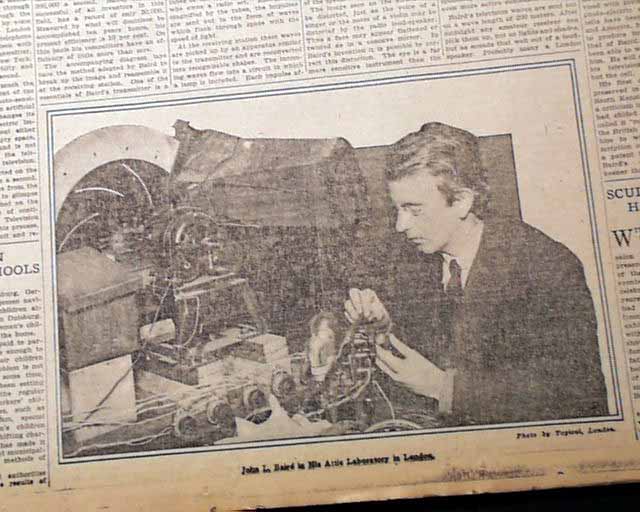 On the founding of television...

This 150+ page newspaper has a banner headline on page xx5 (near back): "HOW BAIRD SEES THROUGH SPACE BY RADIO; Scotch Inventor Holds the Secret of Television in His Sensitive Photo-Electric Cell--He Transmits Images Nine Miles and Adds 'Looking In' to 'Listening In'--Predicts Development of Perfect Device" with Illustrations and photo of Baird working on his invention (see photos). There is lengthy text, too much to photograph.
Other news of the day throughout including various advertising. light toning and a little wear at the margins.