Home > Back to Search Results > War news from this Confederate newspaper...
Click image to enlarge 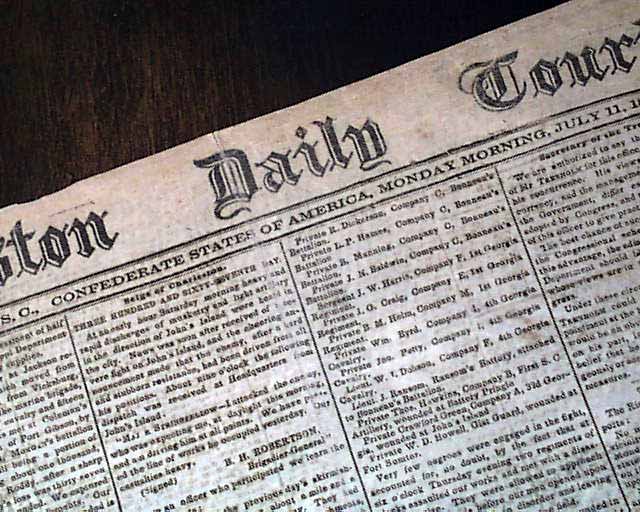 War news from this Confederate newspaper...

This was one of just a few newspapers which printed "Confederate States of America" in their masthead.
Front page reports include: "From Gen. Lee's Army" "From Richmond - Operations in the Valley" "Later Yankee News" "Siege of Charleston" "The Yankee Raider" "The Sinking Finances of the North--Enormous Accumulation of Debt" "The Virginia War News" "Gen. Morgan's Campaign into Kentucky" and more.
Complete as a single sheet issue with a full banner masthead, a few discrete archival mends at the margins, minor margin tears, generally good.