Home > Back to Search Results > 1776 map of the western hemisphere, including the United States...
Click image to enlarge 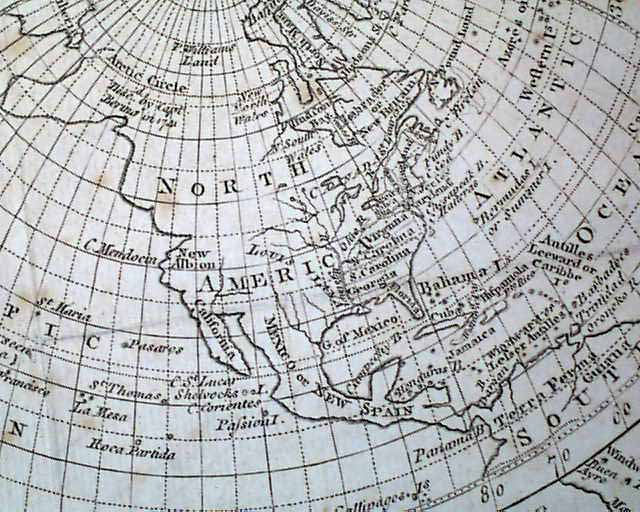 1776 map of the western hemisphere, including the United States...

THE GENTLEMAN'S MAGAZINE, London, April, 1776  The issue begins with some lengthy: "Debates in the Present Parliament" continued from a previous issue, with much discussion concerning the situation in America. Near the beginning is: "...the following measures before they were proposed in Parliament; vis. For taxing America without the consent of its Assemblies for the purpose of a revenue...For taking away the charter of the province of Massachusetts Bay. For restraining the American fishery. For exempting murderers from trial in America..." with more. References to America carry over to 2 more pages.
But the prime feature of this issue is the great map showing all of the western hemisphere, titled: "A New Projection of the Western Hemisphere of the Earth on a Plane shewing the proportions of its several parts nearly as on a Globe, By J. Hardy, at Eton College." The map is dated at the bottom: "by F. Newbery, Ludgate Street, May 1, 1776". Measures about 9 1/4 by 10 1/4 inches and in very nice condition. There is a related article within this issue concerning the map.
Complete in 48 pages, 5 by 8 1/4 inches, full title/contents page featuring an engraving of St. John's Gate, very nice condition.

Maps which show the United States from during the Revolutionary War are quite scarce & desirable. 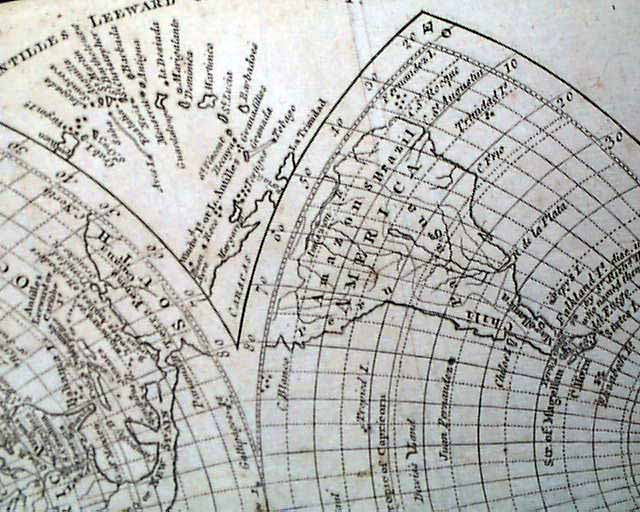 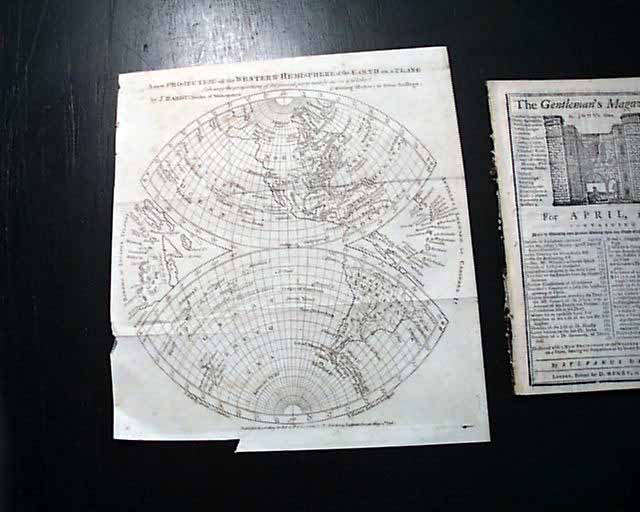 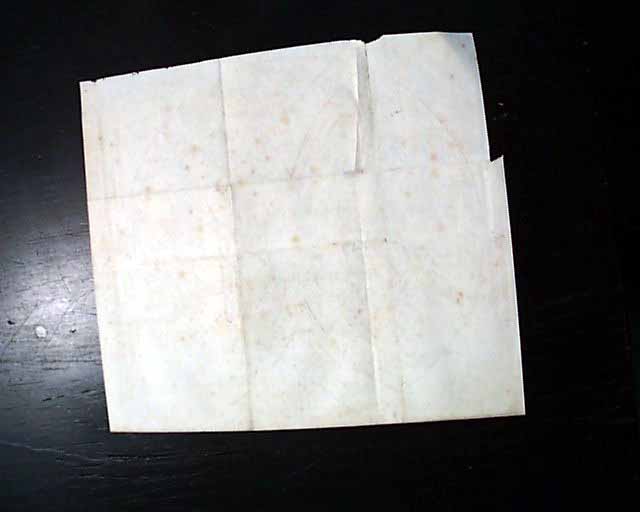 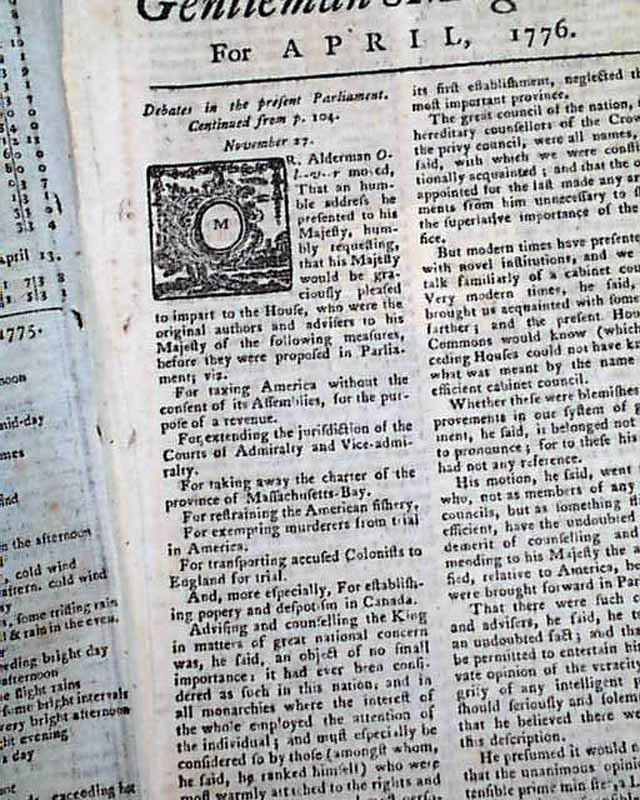 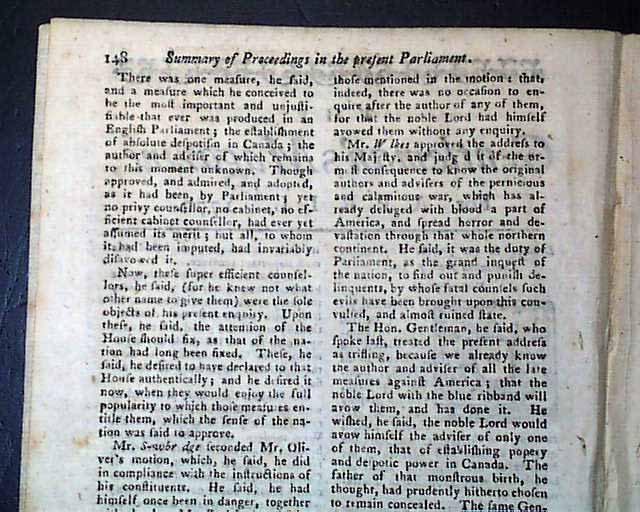 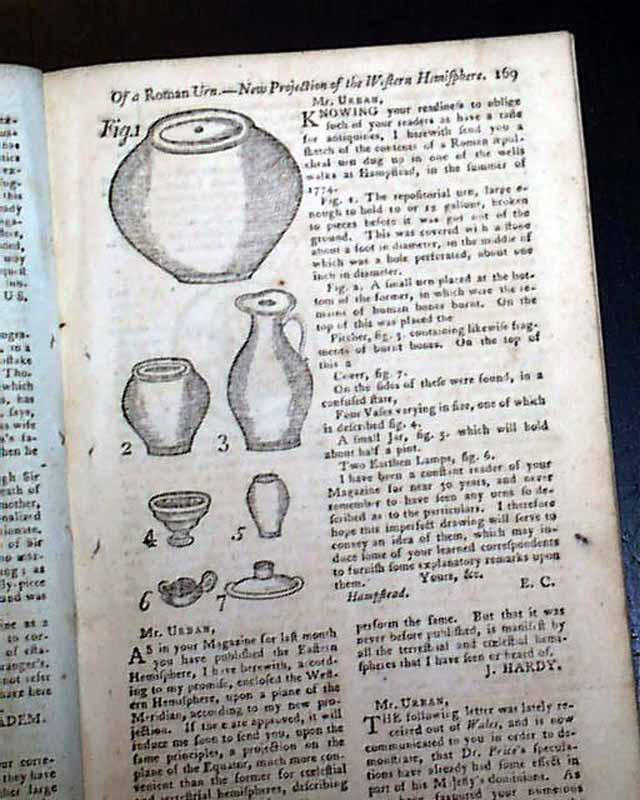 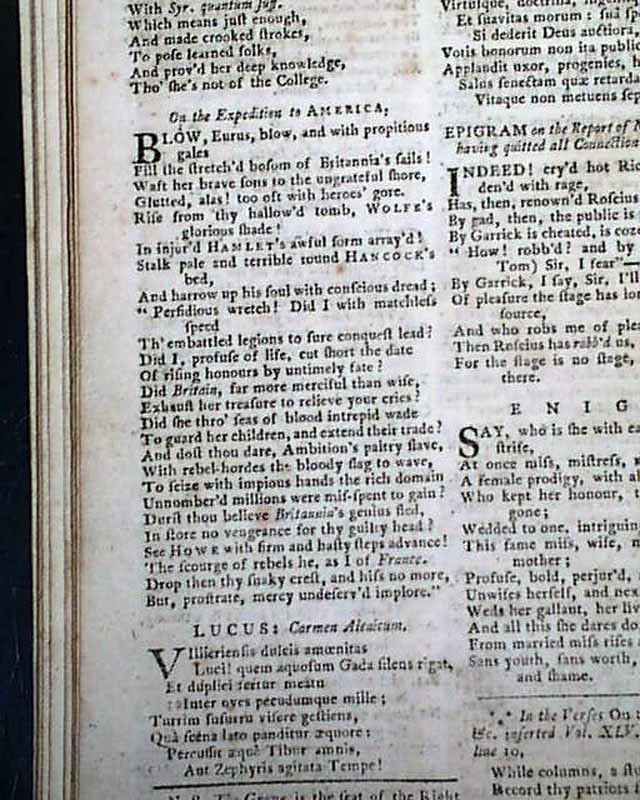 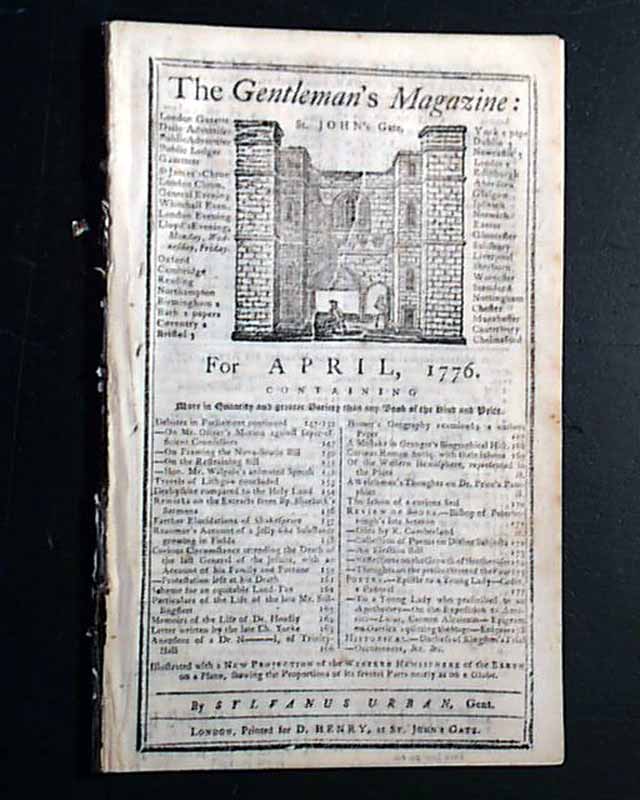