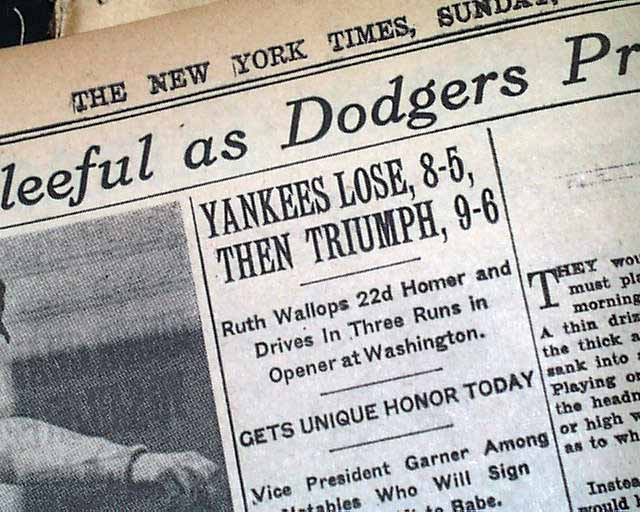 Page 3 of the sport's section reports on Babe Ruth's last home run as a Yankee: "YANKEES LOSE, 8-5, THEN TRIUMPH, 9-6", "Ruth Wallops 22d Homer and Drives in Three Runs in Opener at Washington", "Gets Unique Honor Today" and more.
This was Babe Ruth's 659th and final home run wearing the Yankee pinstripes. He had 49 homers with the Red Sox prior to coming to New York and would go on to hit another 6 with the Braves the following season before retiring.
Great to have in this venerable newspaper.
The complete issue in 70+ pages, nice condition.