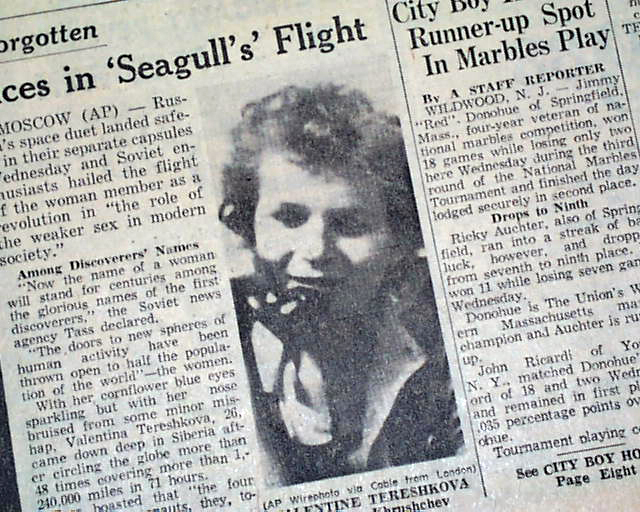 This 48 page newspaper has a three column headline near the bottom of the front page: "Moscow Rejoices in 'Seagull's' Flight" with related photos. (see) Tells of the Soviet Union putting the 1st ever woman into space.

Other news of the day throughout. A few small binding holes along the spine, otherwise good.