Home > Back to Search Results > Alan Shepard begins the space race... In a Florida newspaper...
Click image to enlarge 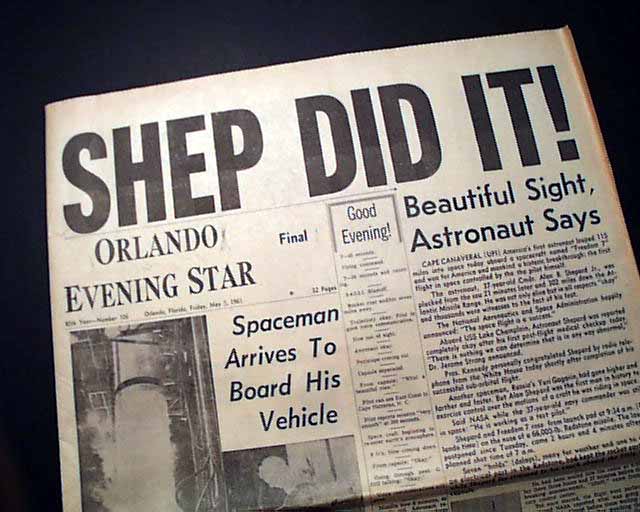 Alan Shepard begins the space race... In a Florida newspaper...

The very large, bold banner headline above the masthead proclaims America's entry into the space race, reading: "SHEP DID IT!" noting America's first astronaut's journey into space aboard the spacecraft "Freedom 7". From beginning to end the journey was all of 21 minutes.
The front page includes a large photos captioned: "Spaceman Arrives To Board His Vehicle", another photo of: "Alan B. Shepard Jr....U.S. spaceman", and a smaller photo of the spaceship taking off. All of the text on the front page deals with America's first manned space flight.
Not only a great issue on the very beginning of of manned flight for the United States, but terrific to have in a Florida newspaper--Orlando being not far from Cape Canaveral.
This issue is complete in 32 pages and is in simply excellent condition.