Home > Back to Search Results > Surrender of Lee at Appomattox...
Click image to enlarge 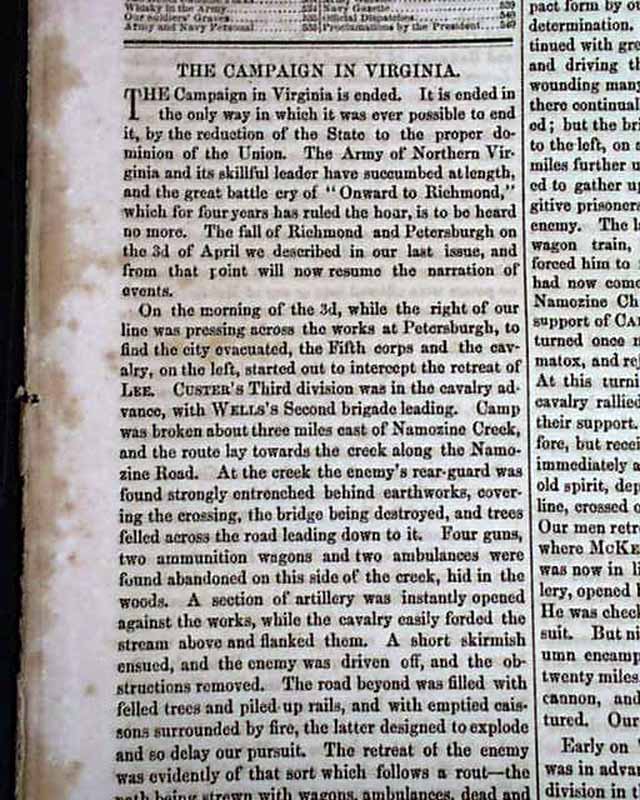 Surrender of Lee at Appomattox...

Subtitled: "Gazette Of The Regular And Volunteer Forces", this 16 page issue is simply filled with military reports, almost entirely on the Civil War at this time.
This issue is dated the day Abraham Lincoln died. The ftpg. is entirely taken up with an article headed: "The Campaign In Virginia" which begins: "The campaign in Virginia is ended...". One of the inside pages has a wealth of detail, including many correspondences between U.S. Grant and General R. E. Lee--signed in type by each--headed: "The Surrender of Lee" (see photos), which give a fine, detailed account of the agreement between the two which lead to Lee's surrender.
Near the back are various "Official Dispatches" signed by various military generals, as well as three "Proclamations By The President" concerning the closing moments of the Civil War, each signed in type: Abraham Lincoln.
Much more on the war as well. Terrific to have the report of the end of the Civil War in the official military newspaper.
Sixteen pages, 10 by 14 inches, very nice condition with a nice engraving of an eagle in the masthead.

From the closing weeks of the Civil W... 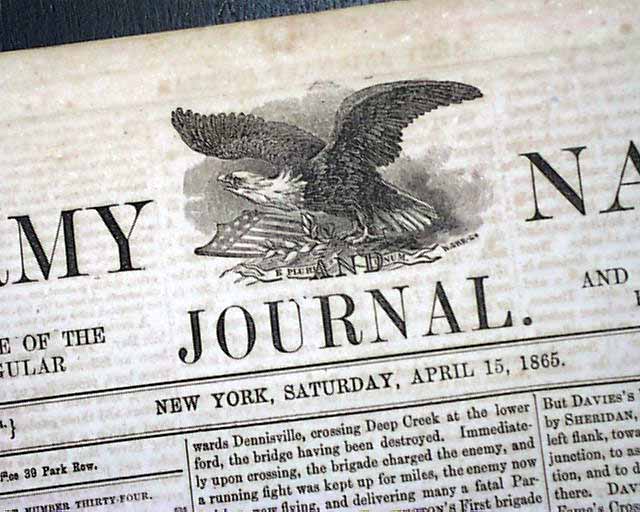 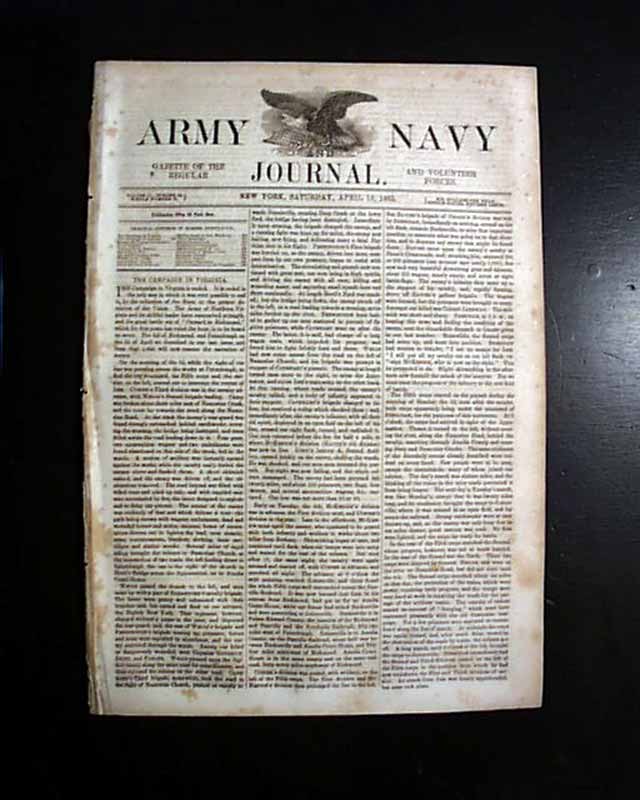 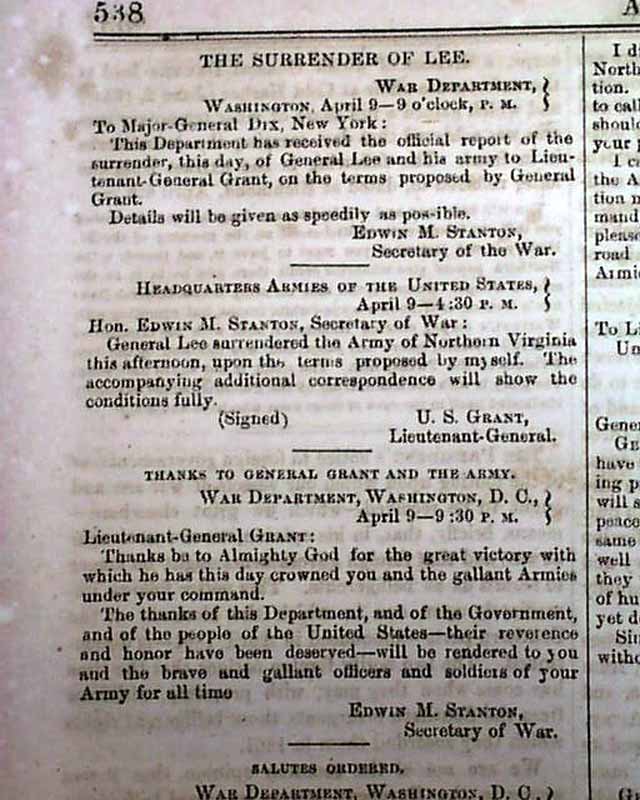 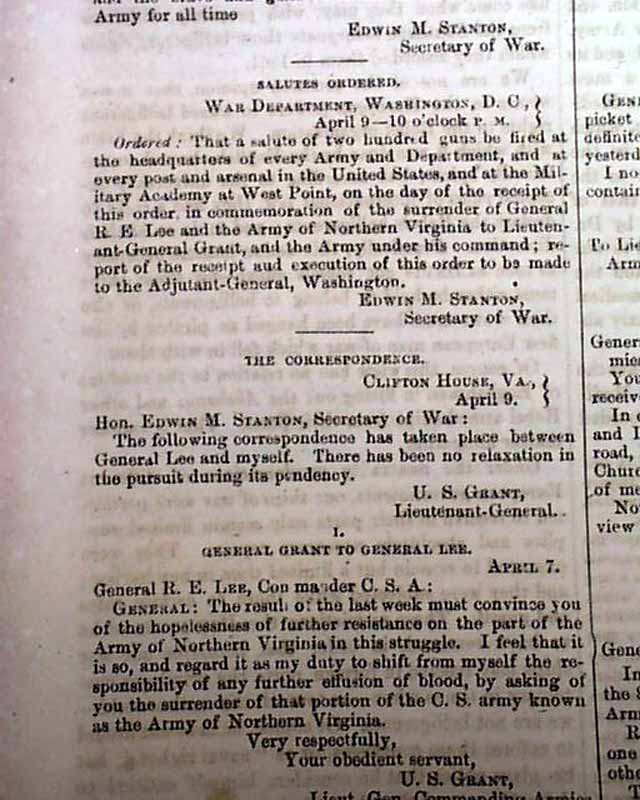 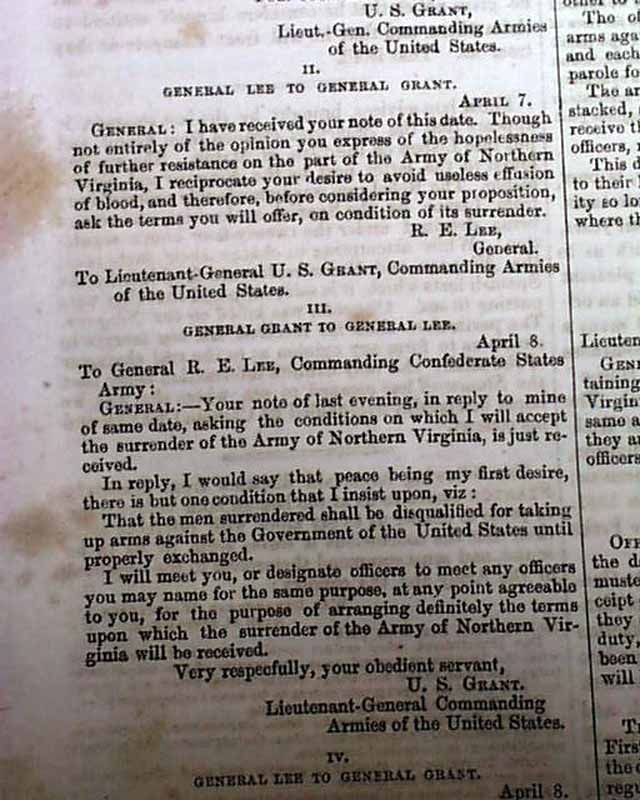 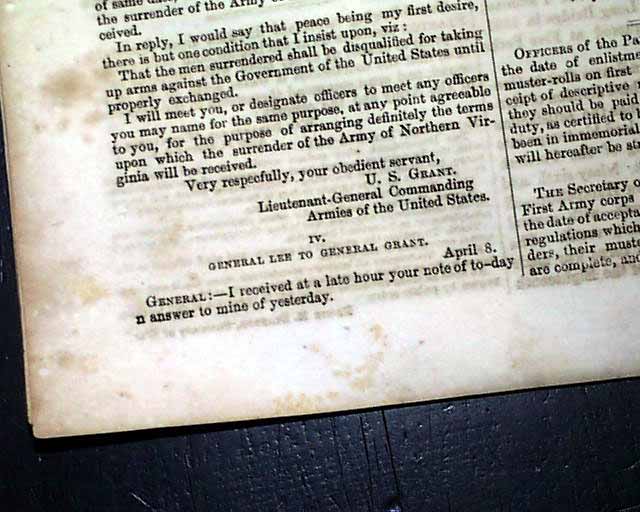 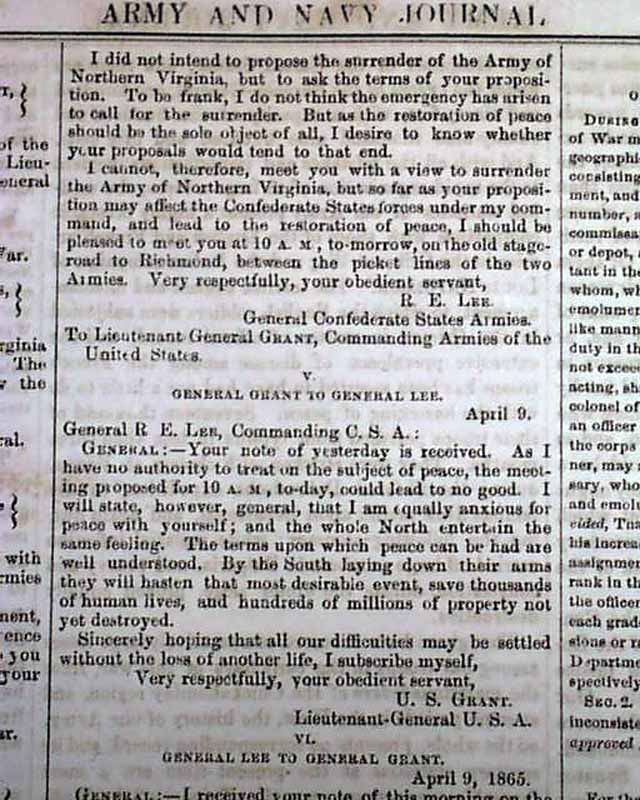 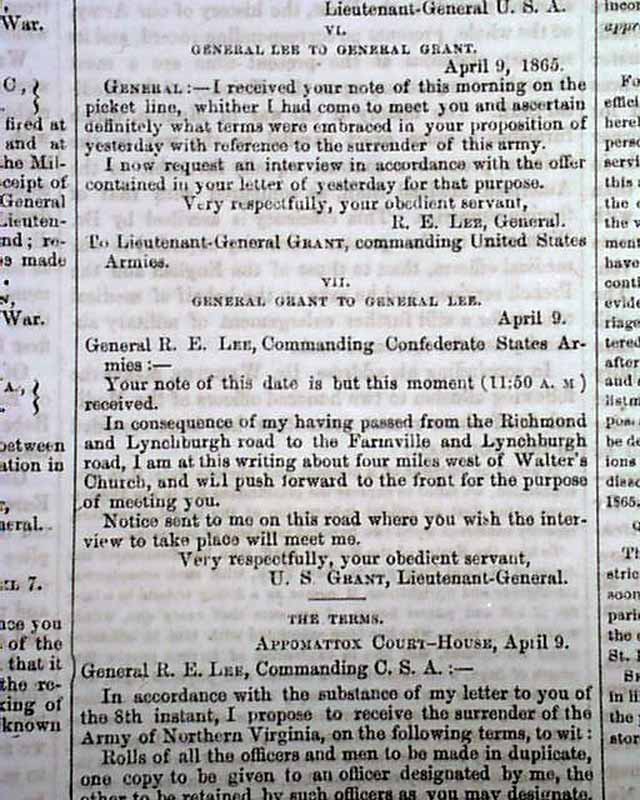 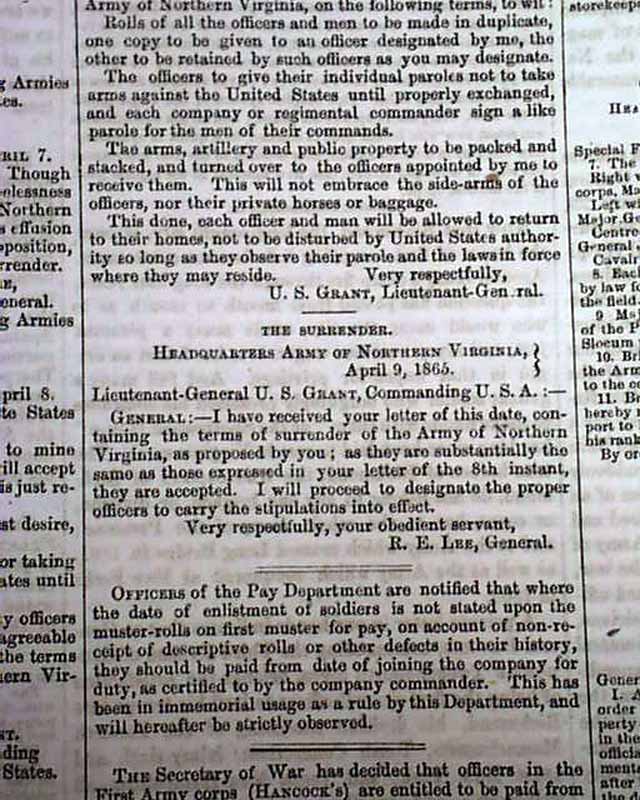 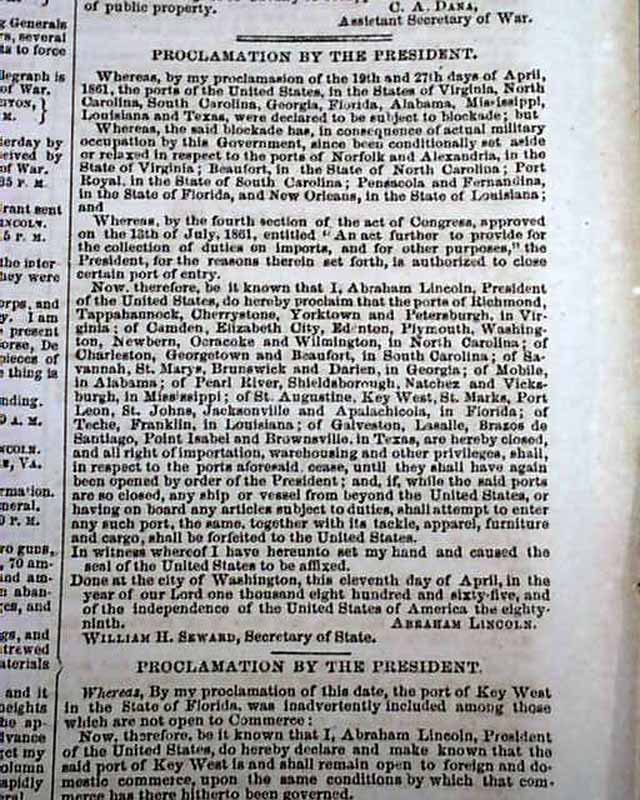 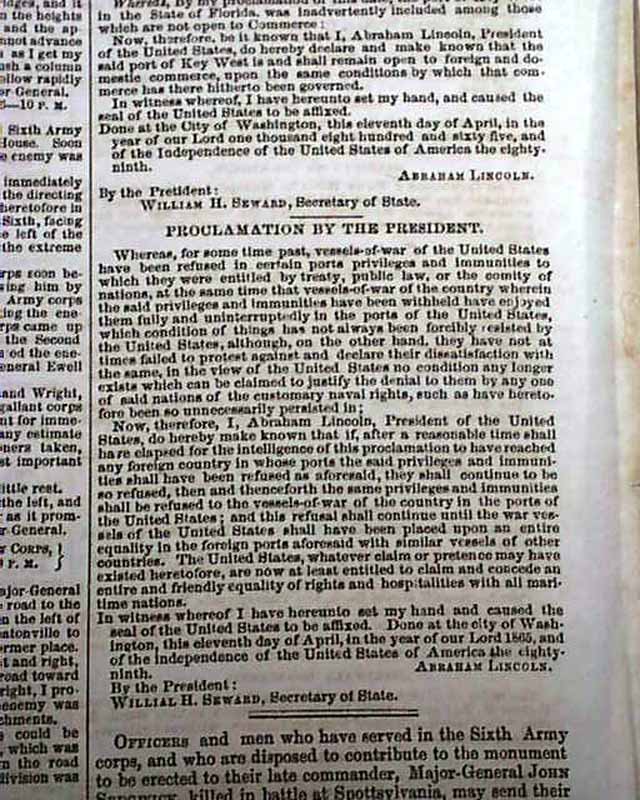