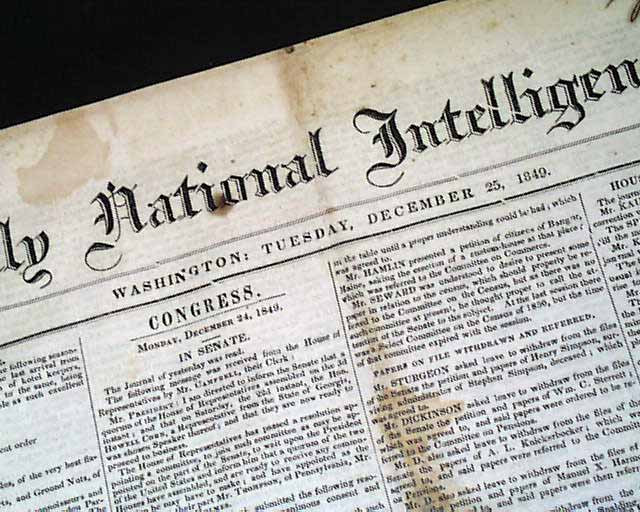 * President Zachary Taylor
* State of the Union Address
* Best publication to be had ?

Most of the ftpg. is taken up with reports from "Congress" including several mention of "...Mr. Davis, of Mississippi..." which was Jefferson Davis, who would become the President of the Confederacy.
Much of pages 4 and 5 are taken up with: "The President's Message", being the annual state of the union address, signed in type: Z. Taylor. The very lengthy report is a report on the events of the year 1849 including some talk on the Gold Rush and the events ending the Mexican War, plus so much more. Included also are detailed reports from the Secretaries of the Navy, War, and Interior (much on California in the latter).
Terrific to have this content in a newspaper from Washington, D.C.
Eight pages, nice condition.