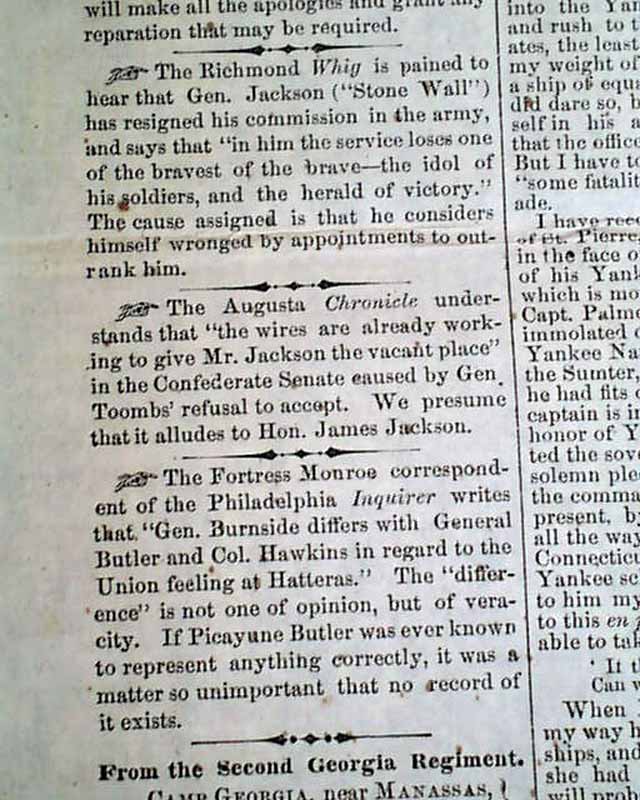 Certainly one of the less common Confederate titles from the Civil War. Columbus is in Southwest Georgia on the Alabama border very near Montgomery.
Among the various reports inside is an interesting one: "The Richmond Whig is pained to hear that Gen. Jackson ('Stone Wall') has resigned his commission in the army, and says that 'in him the service loses one of the bravest of the brave--the idol of his soldiers, and the herald of victory.' The cause assigned is that he considers himself wronged by appointments to outrank him." Not true, in fact he would be killed by friendly fire at Chancellorsville on May 2, 1863.
Also: "From the Second Georgia Regiment" near Manassas; "Progress And Events of The War" and other war-related reports. The bkpg. has: "The Constitution of the State of Georgia, Ratified July 2, 1861".
Four pages, water staining but causing no loss of readability, otherwise good.
It was in Columbus where the last battle of the Civil War was fought. Note: The Battle of Palmito Ranch in Texas actually occurred weeks after the Battle of Columbus, but the engagement at Palmito Ranch happened after the Confederate government had dissolved and the Confederacy was extinct. In the "Official Records", the Battle of Columbus is referred to as the "closing conflict of the war. (see Wikipedia) 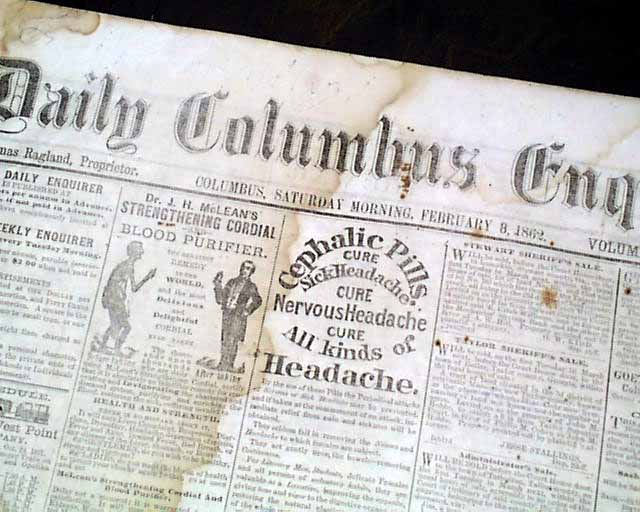 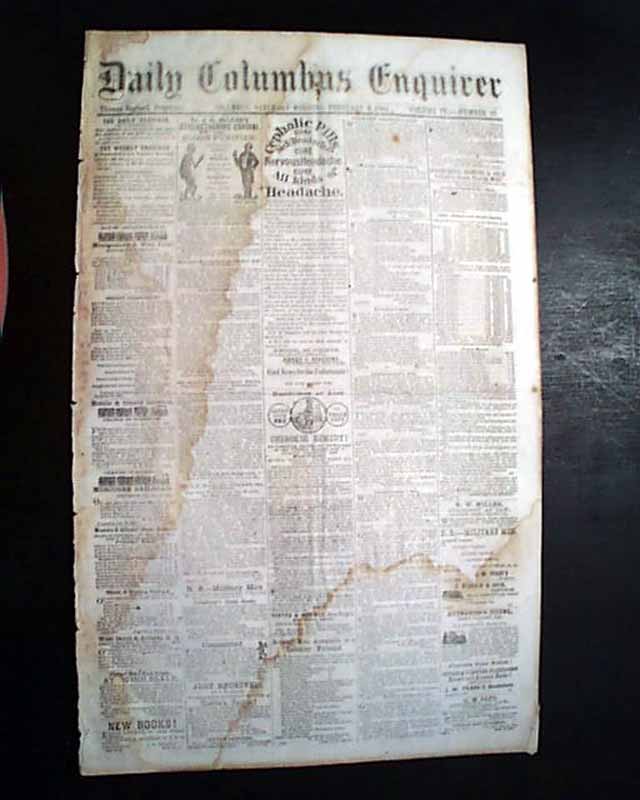 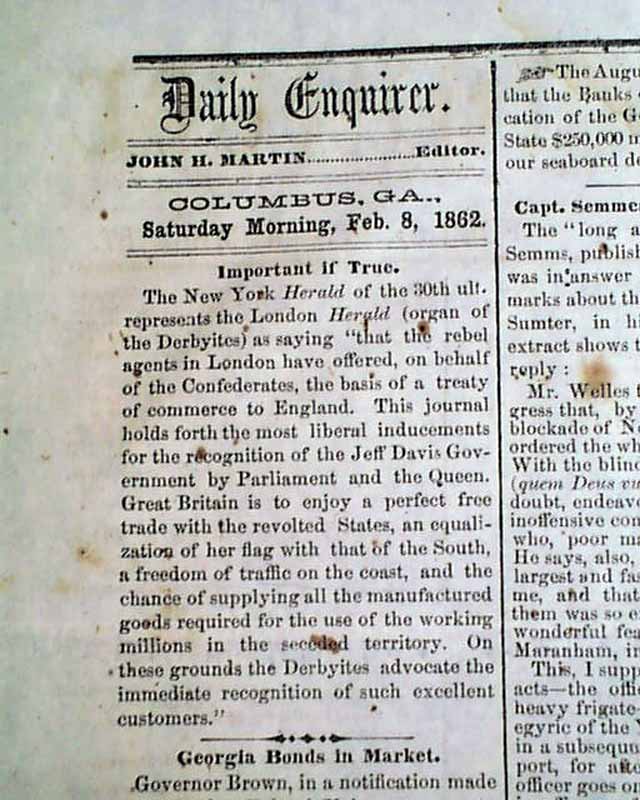 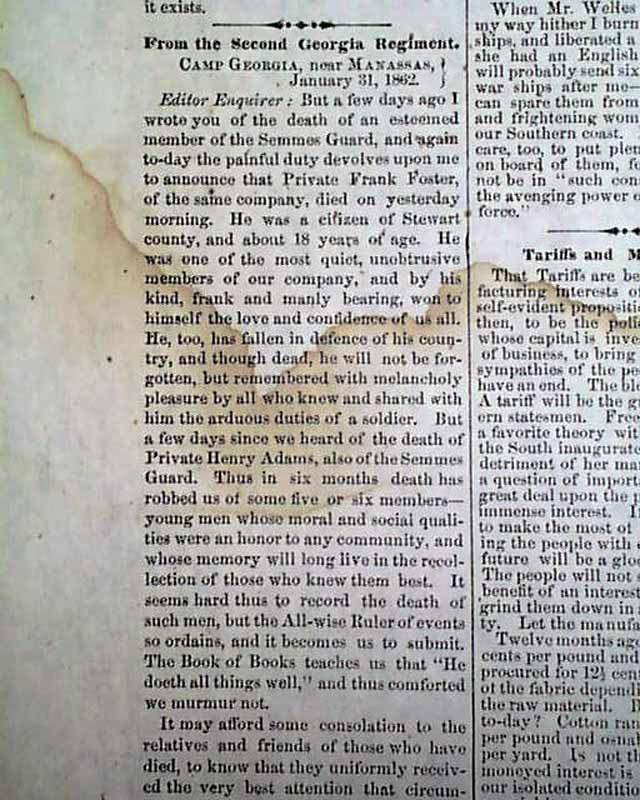 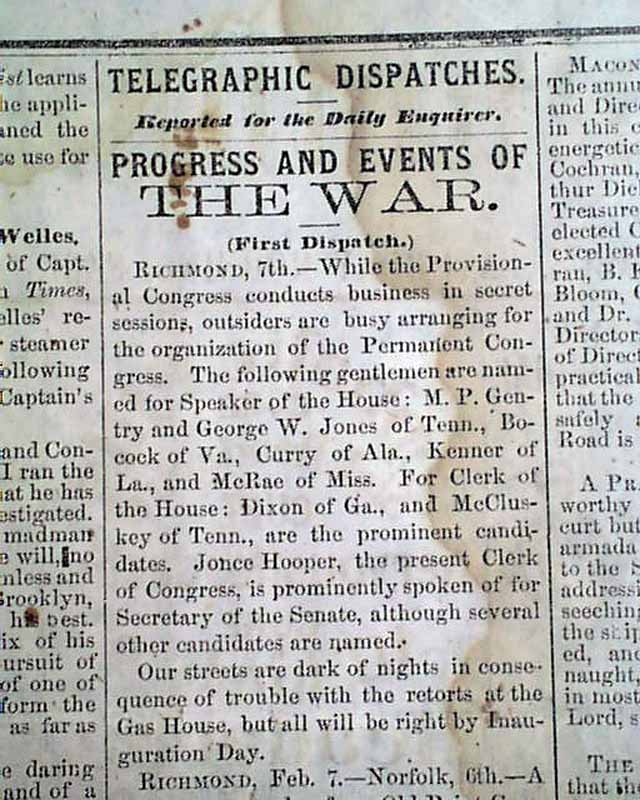 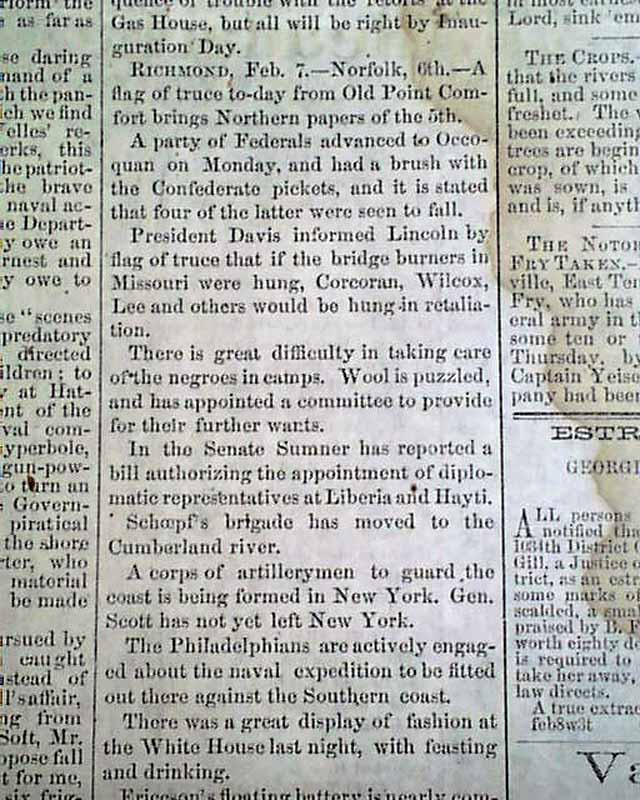 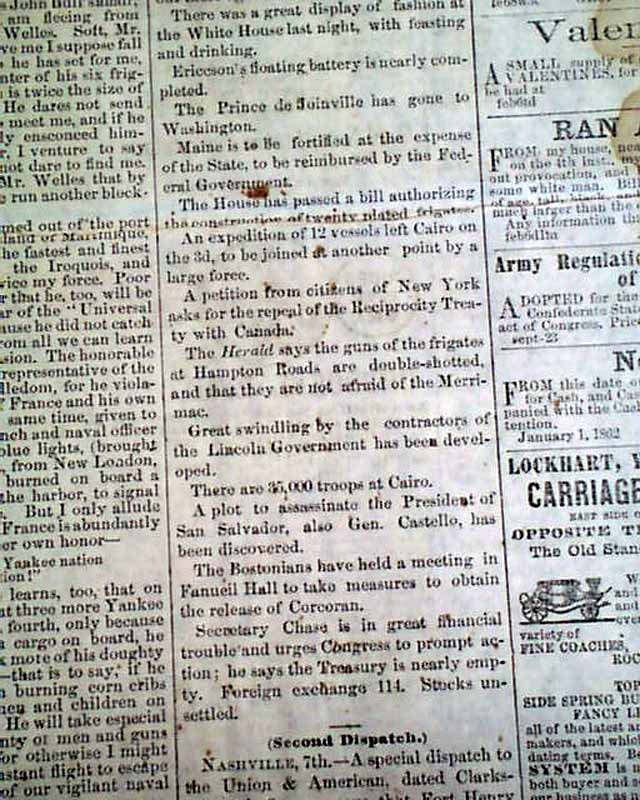 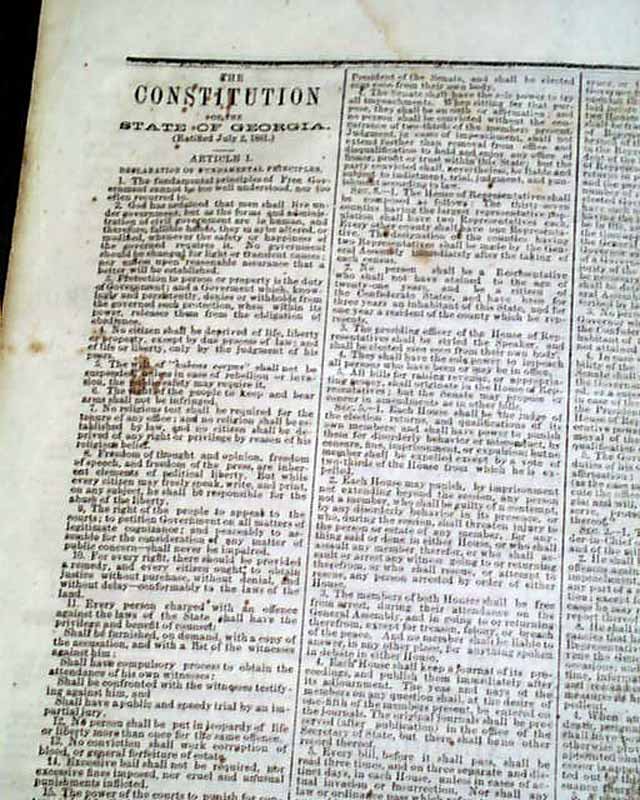