Home > On the growth of the new American republic...
Click image to enlarge 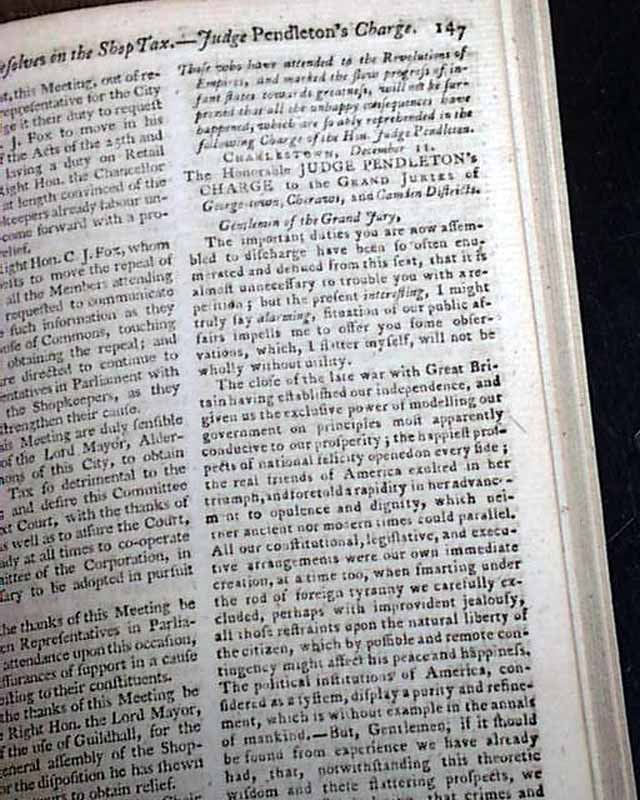 
GENTLEMAN'S MAGAZINE, London, February, 1787  Included are over 3 pages taken up with: "Judge Pendleton's Animated Charge to Grand Juries of South Carolina" which is prefaced with a note: "Those who have attended to the revolutions of empires, and marked the slow progress of infant states towards greatness, will not be surprised that all the unhappy consequences have happened...".
Near the beginning of his remarks: "...The close of the late war with Great Britain having established our independence & given us the exclusive power of modelling our government on principles most apparently conducive to our prosperity..." and so much more.
Included are both plates called for, one showing: "Frederick IV King of Prussia" and the other showing a: "Machine for Raising Water".
Complete in 92 pages, 5 by 8 inches, full title/contents page with an engraving of St. John's Gate, nice condition.