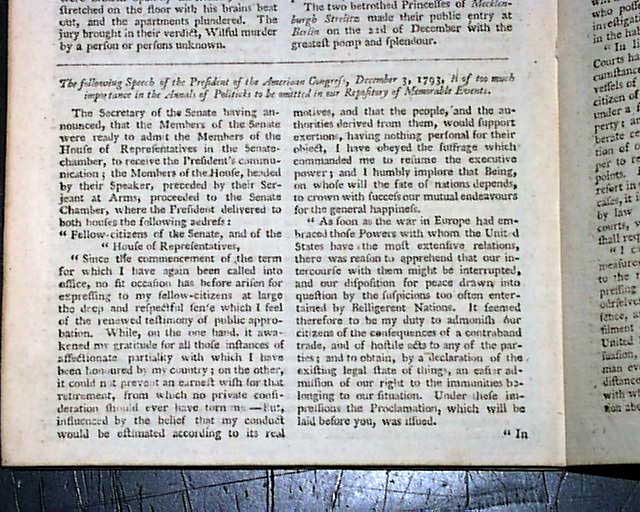 SUPPLEMENT FOR THE YEAR 1793 for Gentleman's Magazine, England. Within this supplement issue, which was published at the end of the year, is a very historic document being Washington's annual state-of-the-union address for 1793, which was the first year of his second term of office.
It has a banner heading: "The Following Speech of the President of the American Congress, December 3, 1793, is of too Much Importance in the Annals of Politicks to be Omitted in our Repository of Memorable Events", so it is printed in this issue in full, taking over 2 pages and signed in type at its conclusion: George Washington.
Of curious interest is what follows, being a quarter-column report noting: "The following new cities...have been lately built in America: The city of Washington, which, in the year 1800, is to be the capital of the United States; the city of Paterson..." and also mentioning Columbia, S.C., Martinsburgh, Knoxville "...in the new district of Franklyn..." Nashville, Lexington, Bennington, and more.
Included are the three full page plates called for.
Complete in 60 pages, a banner heading at the top of the first page with the title, 5 by 8 inches, great condition. 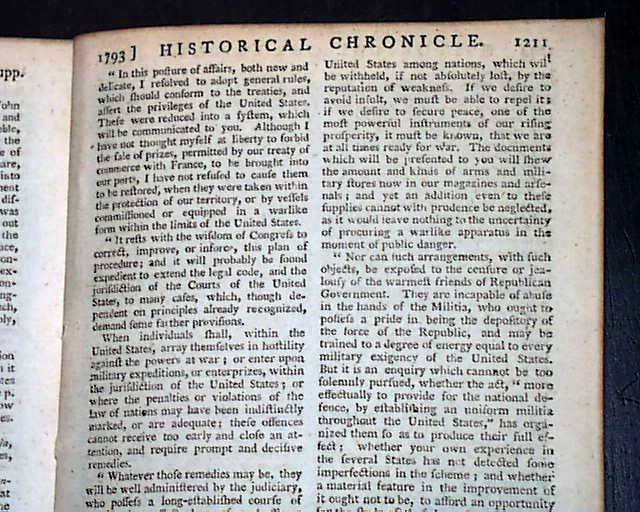 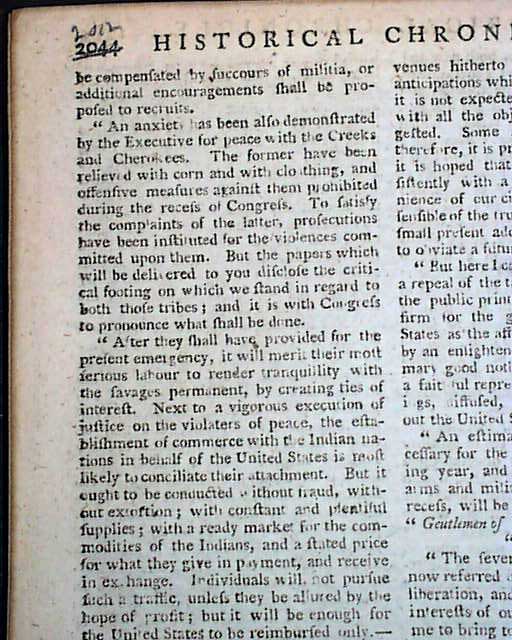 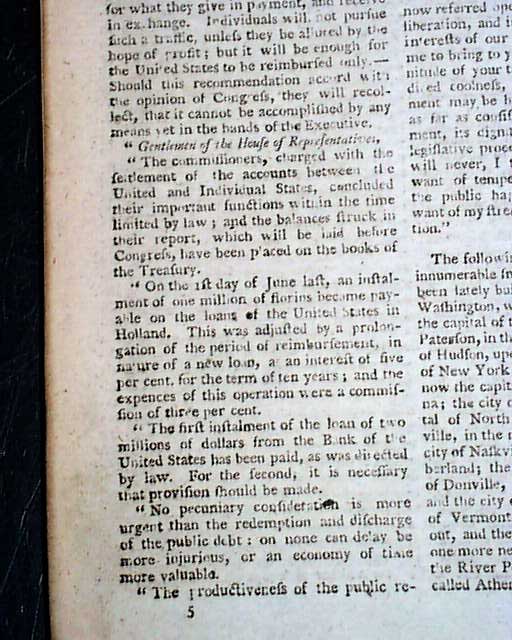 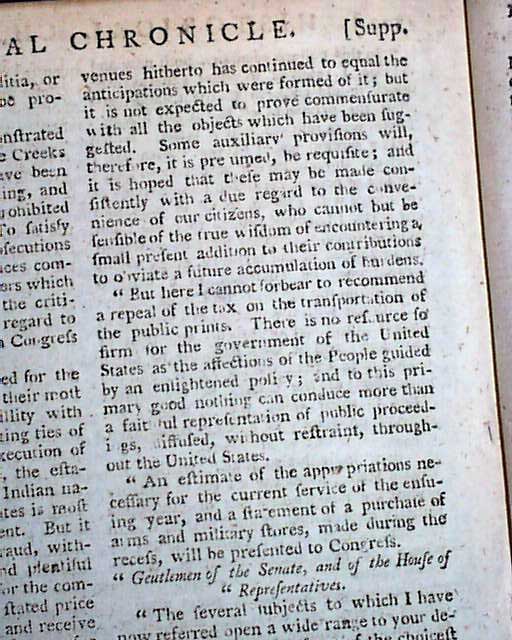 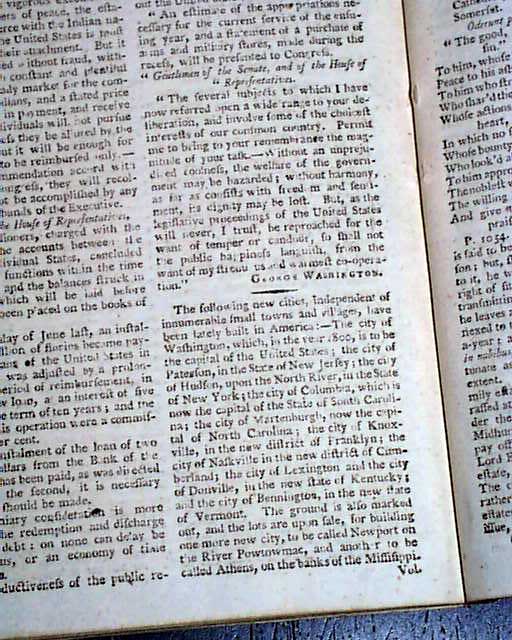 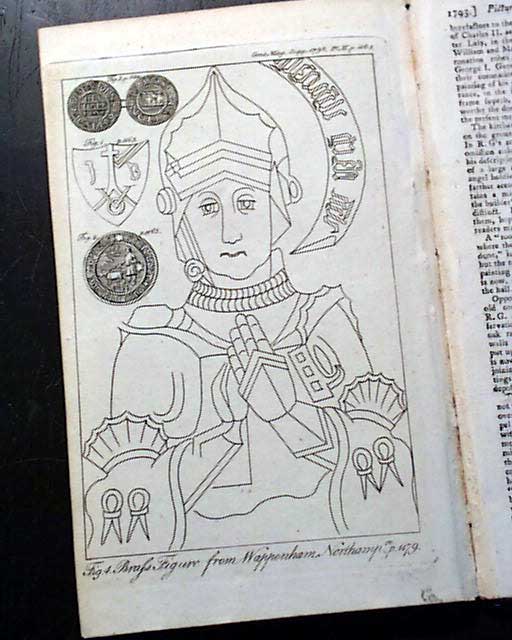 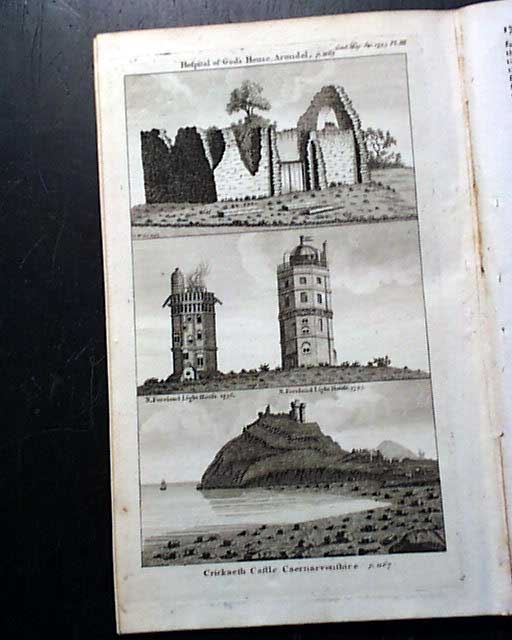 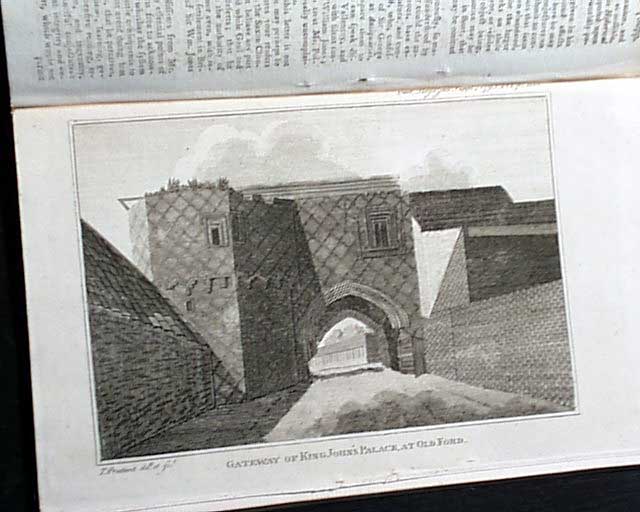 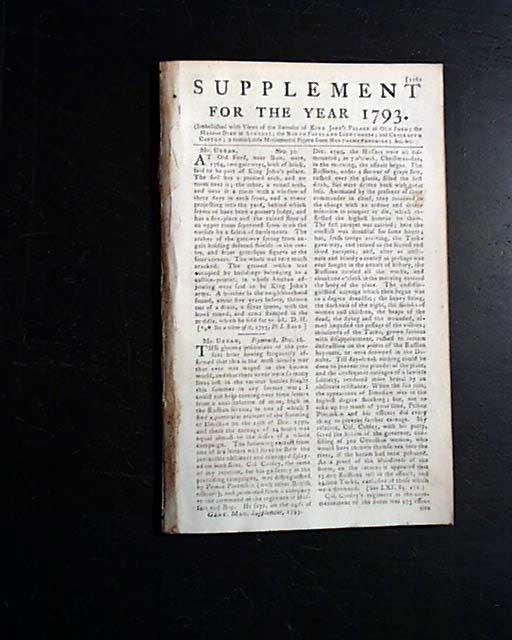