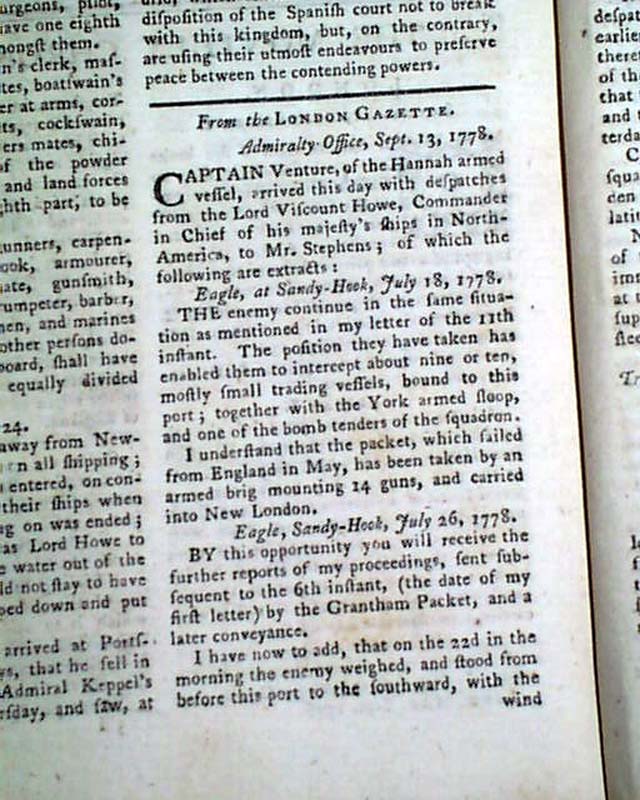 
THE LONDON MAGAZINE, England, September, 1778  Near the back are reports from the Revolutionary War including letters from on board the "Eagle" dated at Sandy Hook. Also a prefacing letter signed: H. Clinton, introducing a detailed letter from Major-General Robert Pigot on his actions at Newport, Rhode Island, followed by yet another detailed letter from him and then a letter from General Henry Clinton which notes: "...the French fleet; but as they have quitted their station near Sandy Hook, and General Washington has reinforced Sullivan, it is more than probable that Rhode Island is become their object...".
Complete in 48 pages, full title/contents page, 5 1/4 by 8 1/4 inches. An unrelated leaf inside has a piece cut out not close to any noted content. Lacking both of the plates called for.