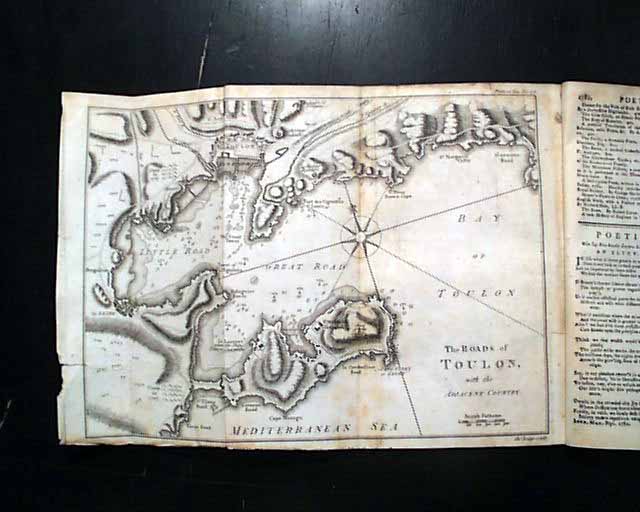 
LONDON MAGAZINE, England, September, 1781  Under Review Of Books" is one  for: "The Revolution of America", which begins: "A narrative of the origin and progress of the rupture between Great Britain and her colonies, written with extreme partiality to the colonists, condemning in every point of view the conduct of the British government & justifying France and Spain for the part   they have taken in the quarrel...".
Of interest also is a foldout map titled: "The Roads of Toulon, with the Adjacent Country" which shows the city and harbor of Toulon and vicinity. Toulon is in Southern France. It measures 11 by 8 issues, has 3 folds and some foxing with a small archival mend on the reverse. Curious that it is actually to have been in the "Political Magazine" issue of December, 1781. Not sure how it found its way in this issue.
Both plates called for are lacking.
Complete in 48 pages, 5 by 8 inches, bit close-trimmed at the right margin of the title page only, good condition. 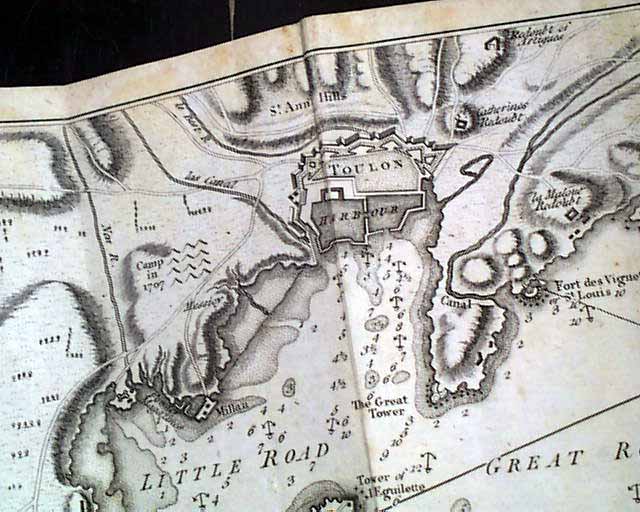 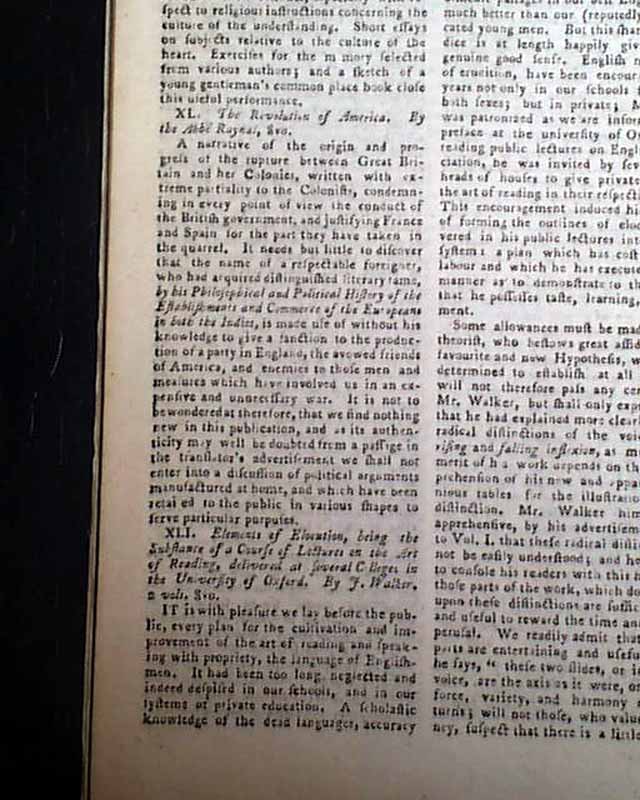 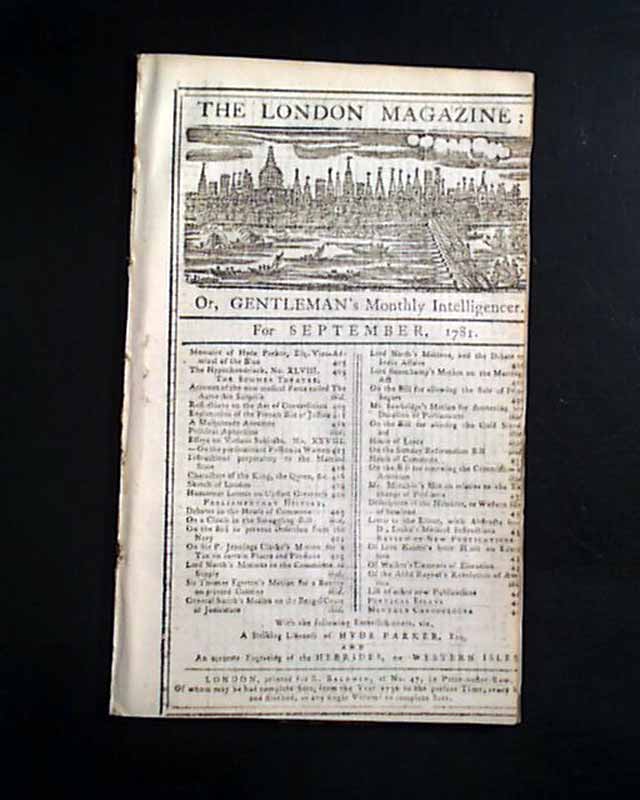 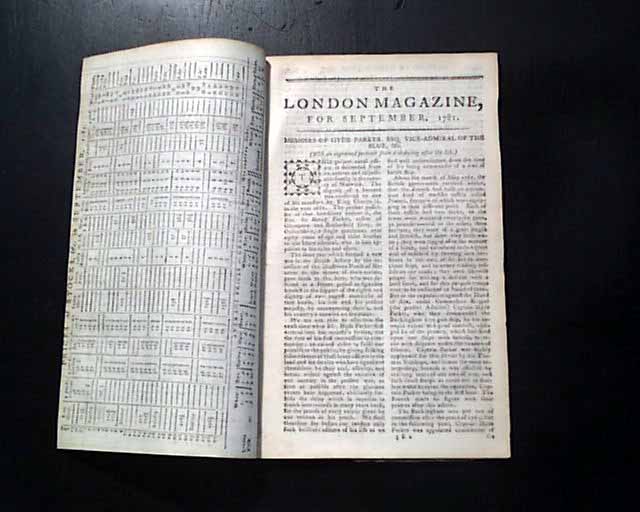