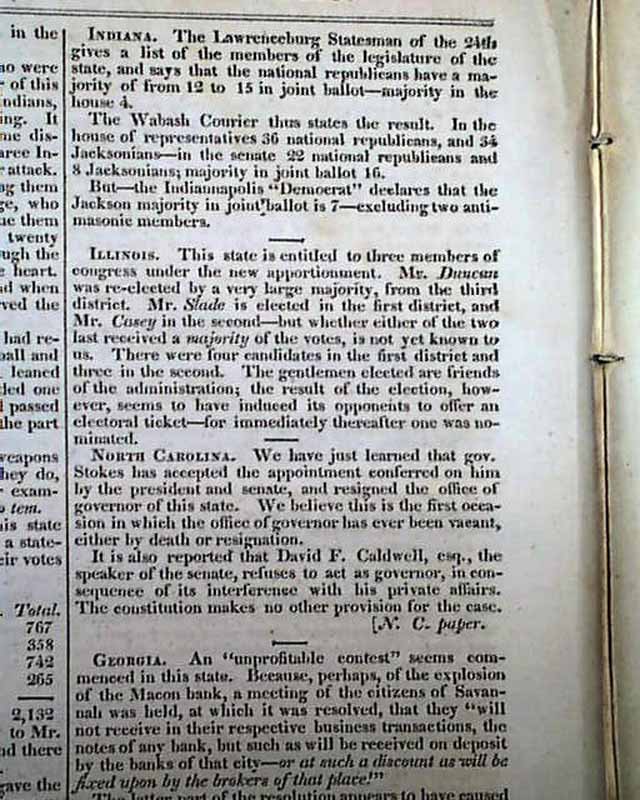 Within this issue is a rather brief article with a small head: "Mormonism", the full report reading: "Two preachers of this sect have lately visited Boston, and soon made 15 converts to their strange doctrines--some of whom are respectable persons--5 also had joined at Lynn. Certain of these converts have cast considerable sums of money into the stock, and all were about to depart for the 'promised land', in Jackson county, Missouri--the precious spot having been lately discovered."
This is one of the earliest mentions of the Mormons we have seen in a newspaper, and quite rare as such.
Among other reports in this issue are: "Bank of the United States" "Relics of the Revolution" "West Indies" references the slave insurrection in Jamaica and  "Southern Prejudices"
Sixteen pages, 6 1/2 by 10 inches, nice condition.