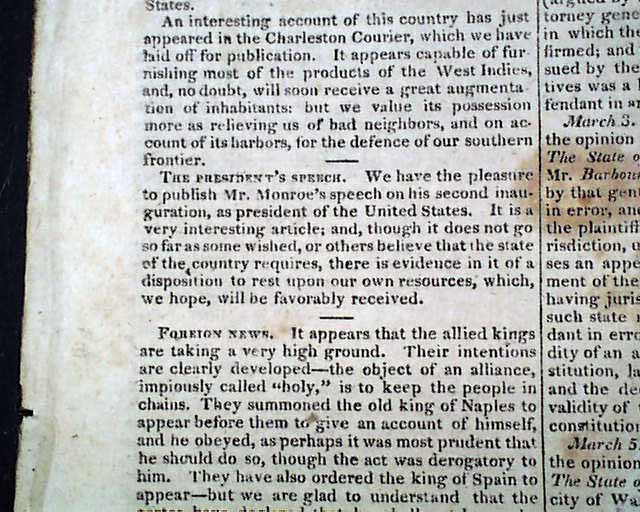 Beginning at the bottom of the front page is: "Inaugural Speech", which has a prefacing paragraph which includes: "On Monday last, the 5th of March, in the great hall of the house of representatives...chief justice Marshall administered the oath of office to Mr. Monroe, previous to his entering upon the duties of his second term of service as president of the United States: After which he delivered the following speech:..." and what follows is his lengthy inaugural address, beginning on the front page and taking all of pages 2, 3 4 & a bit of pg. 5.  There is also a short editorial comment on the front page headed: "The President's Speech".
Great to have this historic content in a newspaper so close to Washington, D.C., and a title which was essentially the mouthpiece of the federal government.
Other items in this issue include: "The North-West Coast which includes a lengthy letter signed by: D. Porter, and there is also a letter to Congress signed in type: James Monroe.
Sixteen pages, 6 1/4 by 9 1/4 inches, nice condition.

As noted in Wikipedia, this title: "...(was) one of the most widely-circulated magazines in the United States...Devoted primarily to politics...considered an important source for the history of the period. 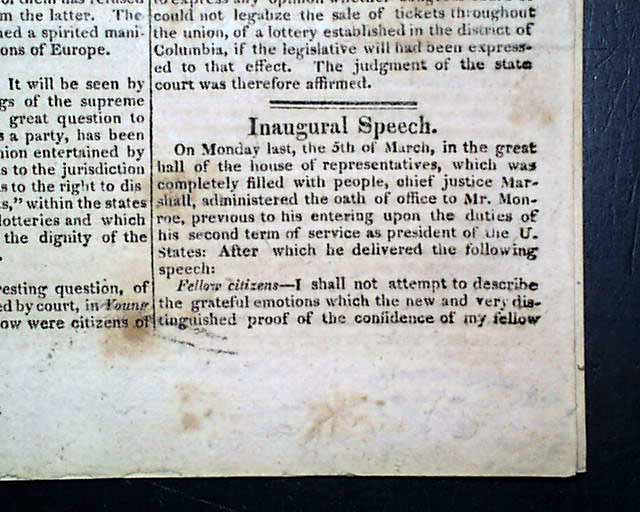 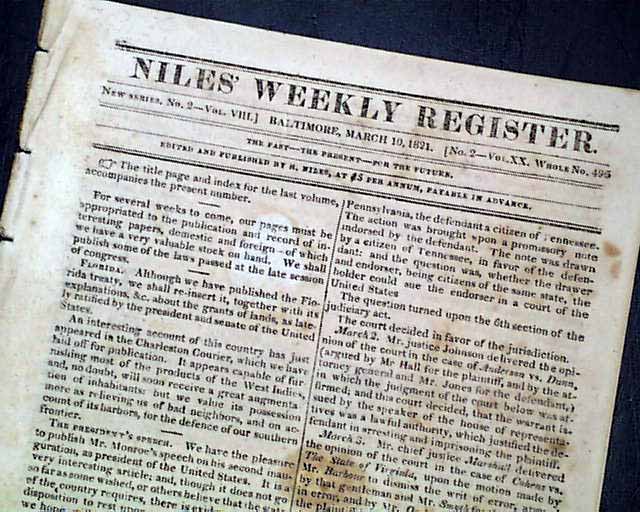 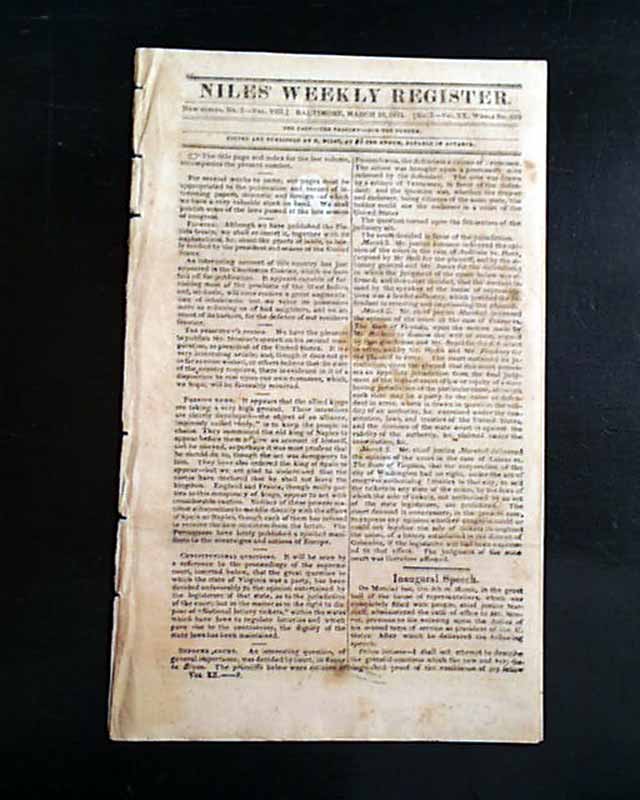 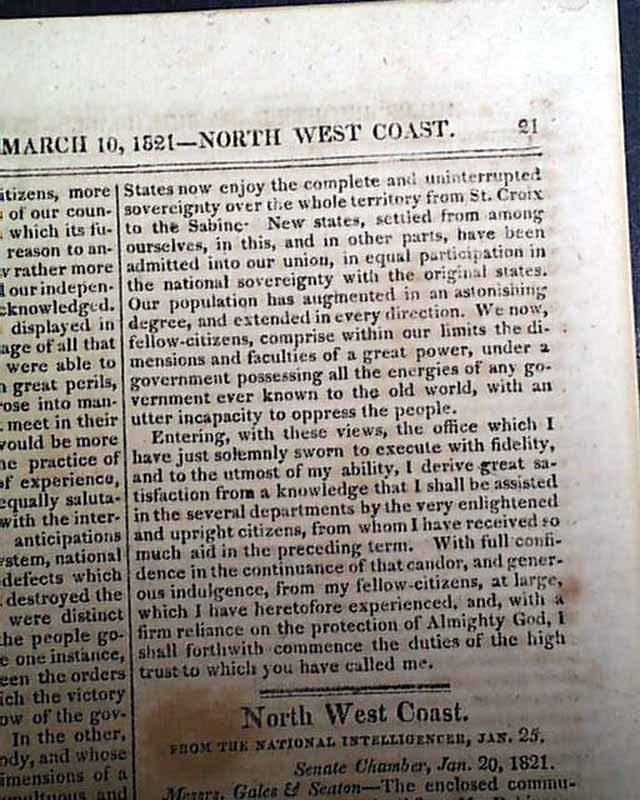 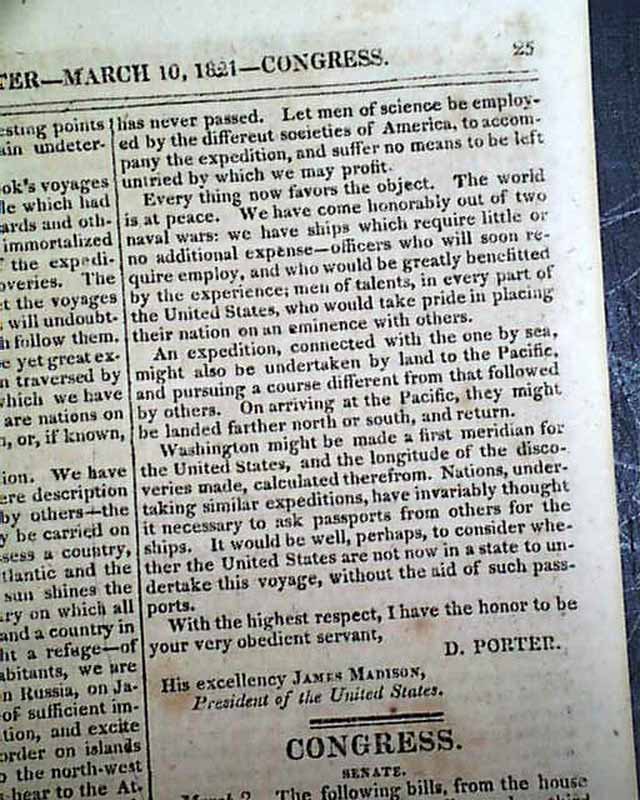 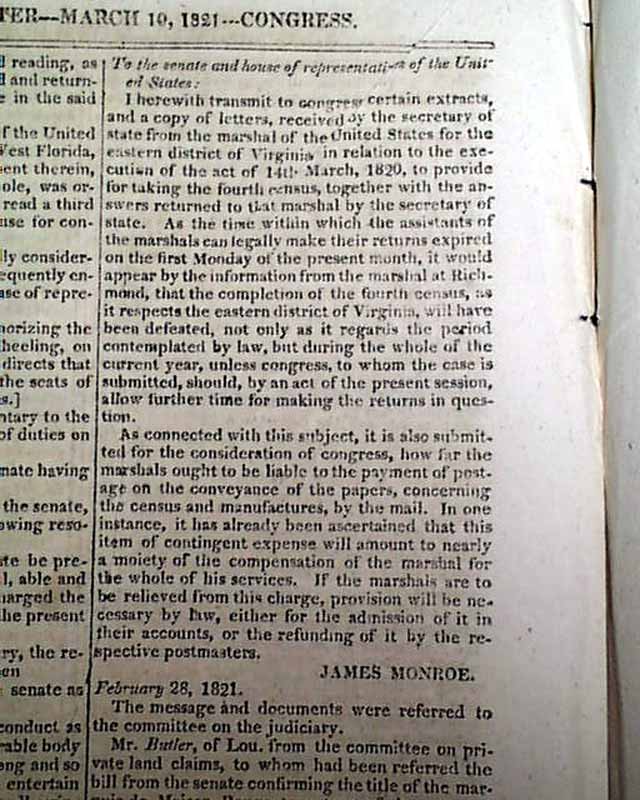