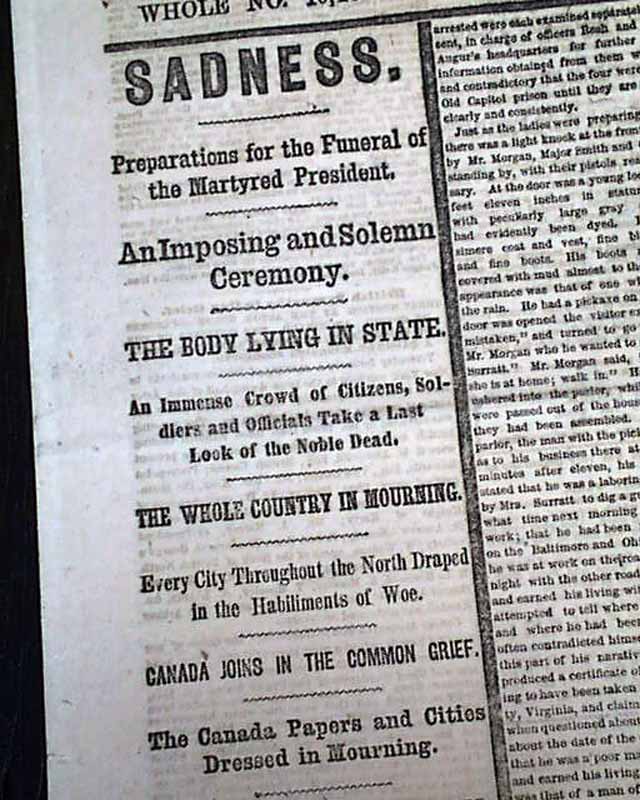 Over half of the first column is taken up with some nice heads concerning the funeral of Abraham Lincoln, including: "SADNESS" "Preparation for the Funeral of The Martyred President" "An Imposing & Solemn Ceremony" "The Body Lying In State" "The Whole Country In Mourning" "The Conspirators Tracked" "Arrest of the Assassin of Secretary Seward" "Four of His Female Accomplices Caught" "The Capture of Booth Hourly Expected" "The Detectives On His Trail" and more.
The entire ftpg. is taken up with coverage of the funeral plans, including a crude diagram of: "The Funeral Cortege" showing the position of the hearse.
Additional related information on inside pages including content on the closing events of the Civil War.
Eight pages, never bound nor trimmed, good condition. 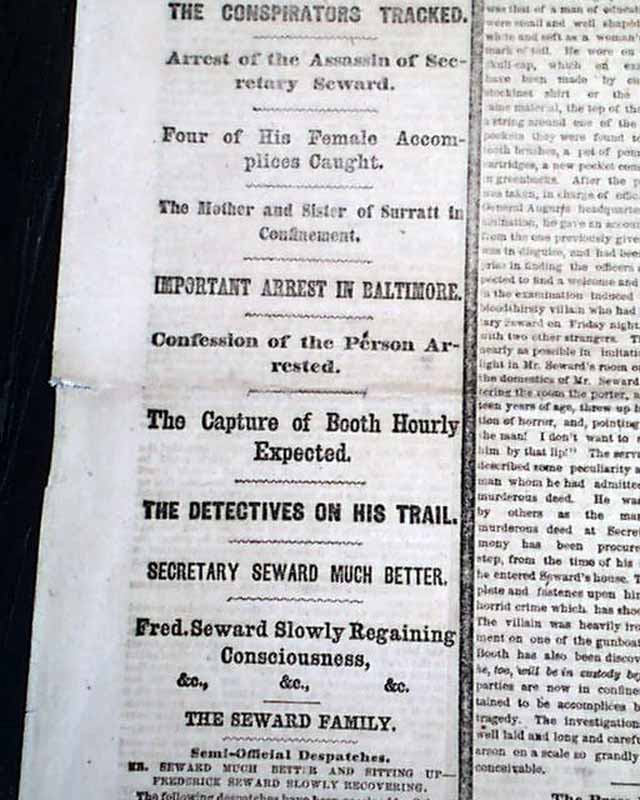 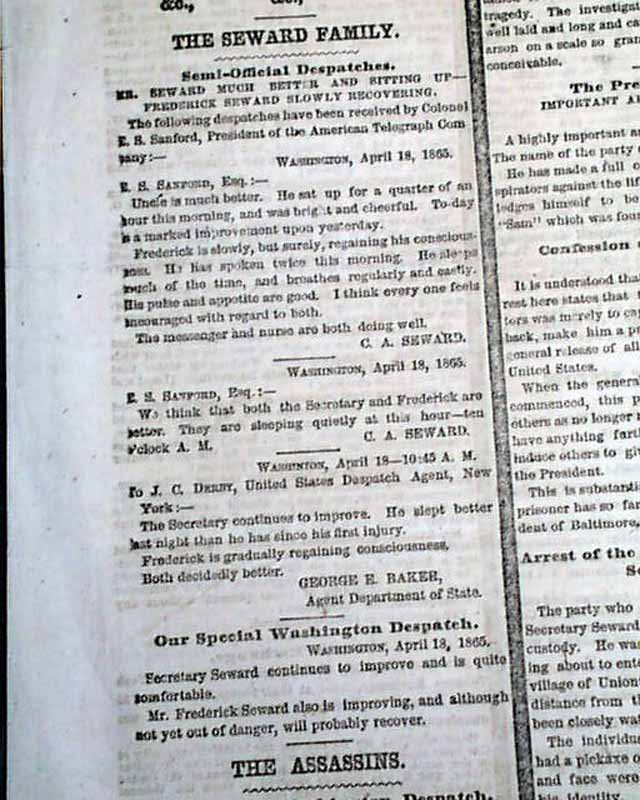 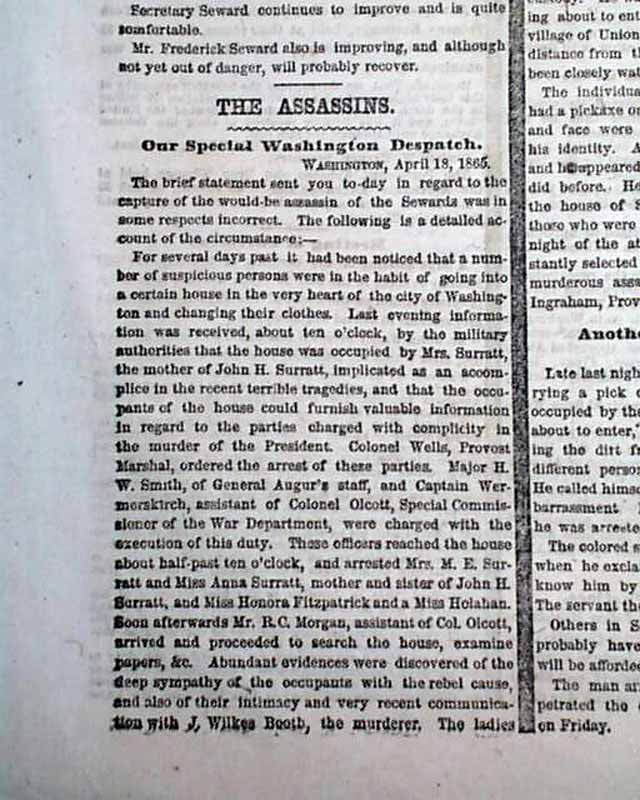 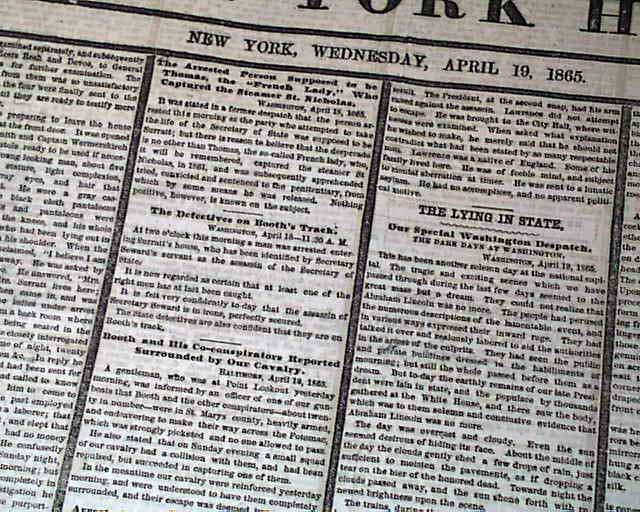 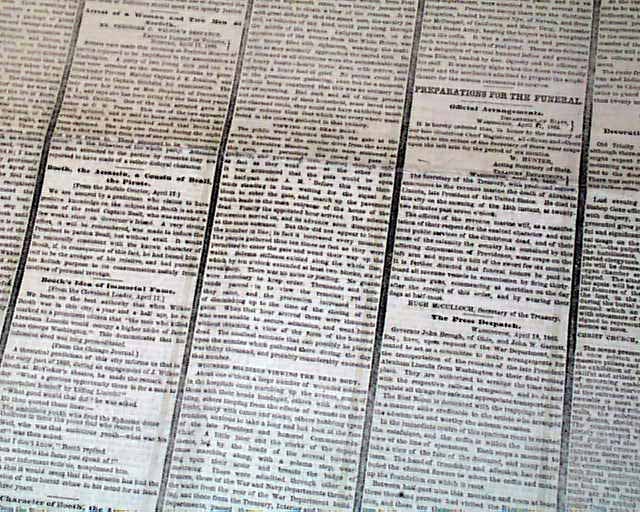 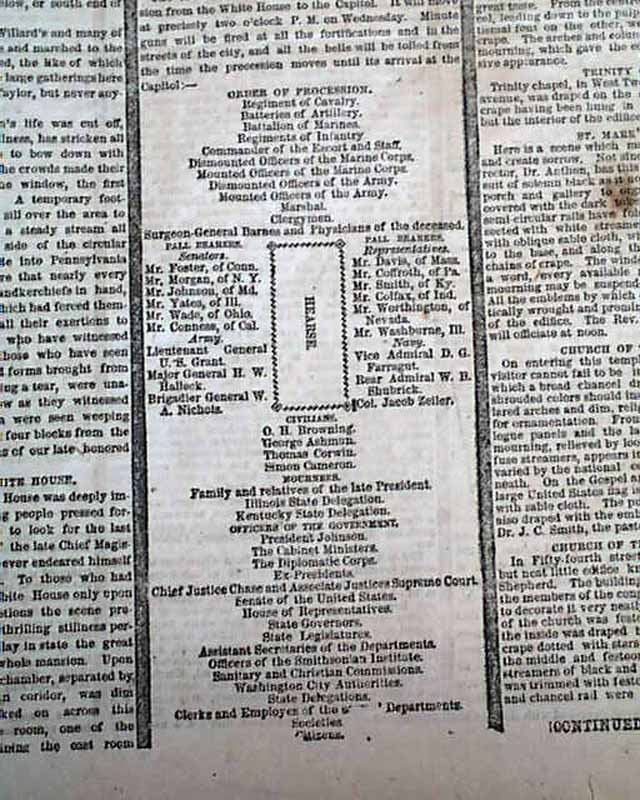 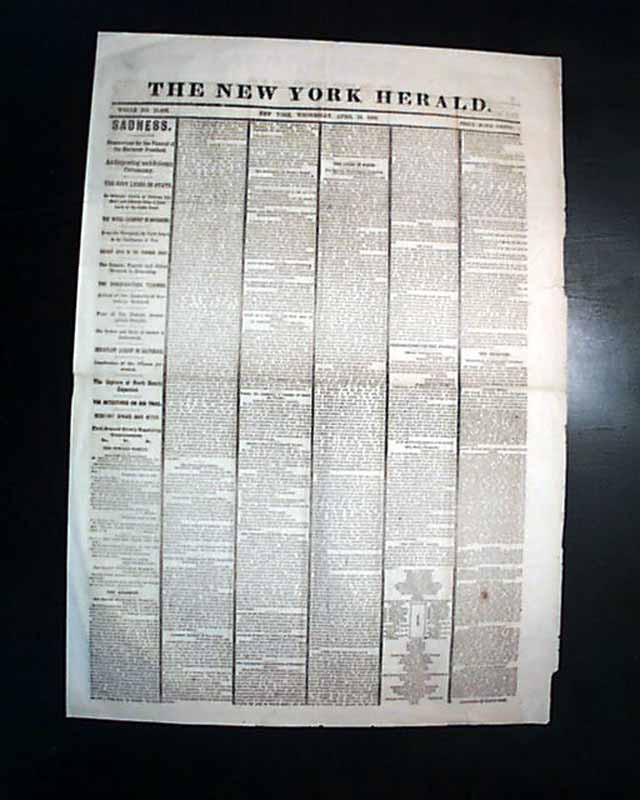 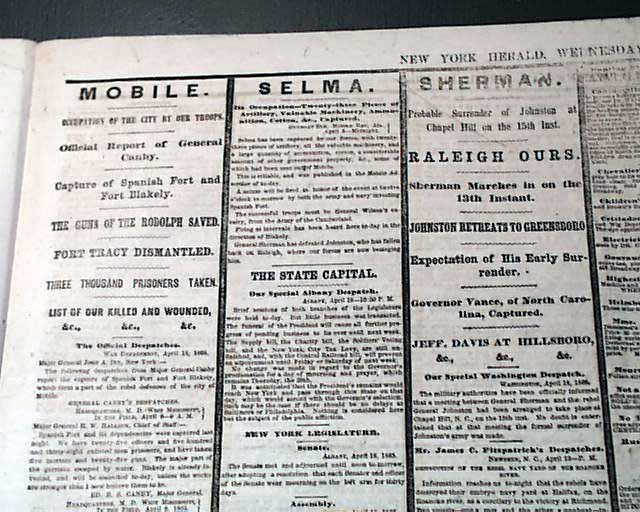 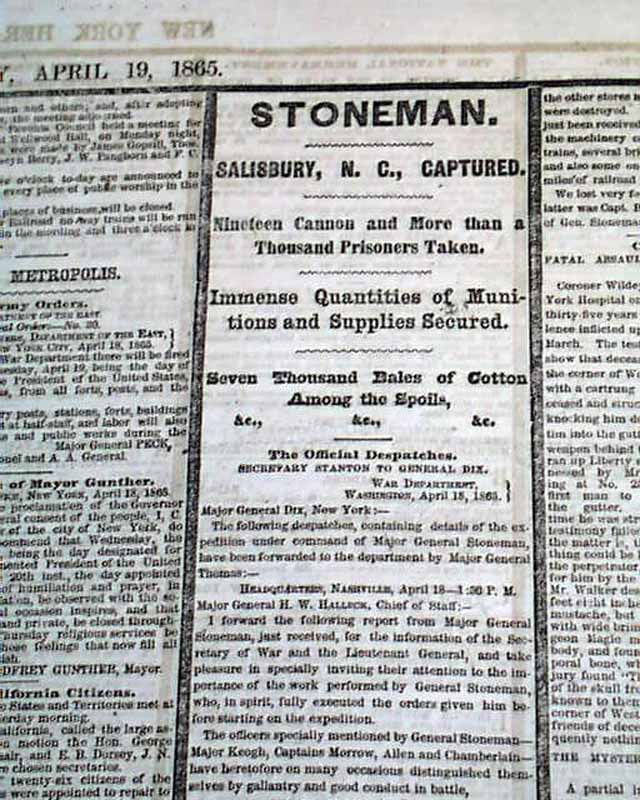