Home > Washington appears to be re-elected for a second term...
Click image to enlarge 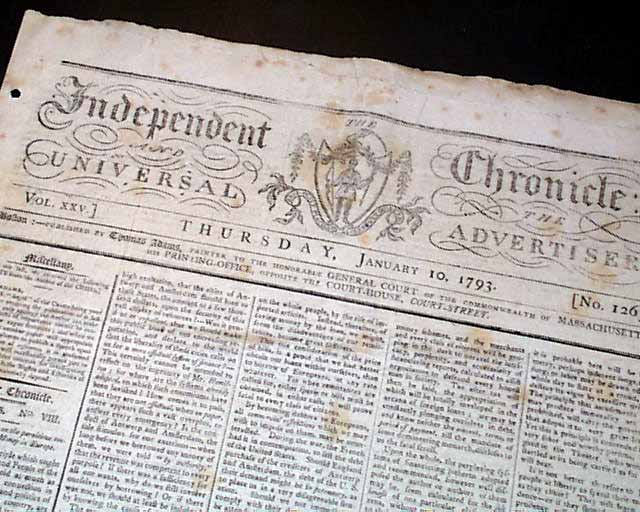 Washington appears to be re-elected for a second term...


INDEPENDENT CHRONICLE & UNIVERSAL ADVERTISER, Boston, Jan. 10, 1793  Page 3 has a report headed: "Indians" concerning a letter from Virginia noting that: "...Capt. Hanly...on his march with 40 men...was attacked by the Indians in ambuscade. Himself and 12 men fell on the spot--eleven are missing--sixteen got safe in."
Also mention that: "The returns of votes from all the states, for President and Vice-President, are now received, except form Kentucky. From what are received, it appears that the President is unanimously re-elected and Mr. Adams, by a majority of twelve...".
This title features a very handsome and decorative masthead.
Four pages, never-trimmed margins, nice condition.