Home > Back to Search Results > Best of the Stars & Stripes "Peace" editions...
Click image to enlarge 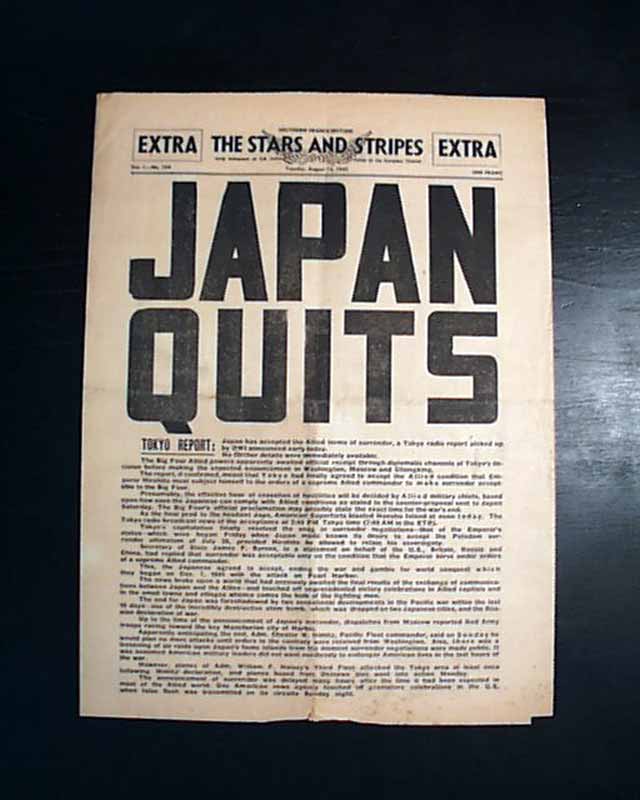 * Terrific issue for display
* Best publication to be had

Of the several editions of this newspaper--and there were many published at various locations in Europe & elsewhere--this is one of just two which reported the end of World War II on the 14th (other was the Paris edition). The other editions carried the report on August 15. And this edition did it in much more dramatic fashion than the others as well, with half of the front page taken up in large, bold letters: "JAPAN QUITS" with broadside-like reporting of the event beneath it, beginning: "Japan has accepted the Allied terms of surrender...".
Four pages never bound nor trimmed, nice condition.