Home > Back to Search Results > Berlin Wall Falls... In a Berlin newspaper...
Click image to enlarge 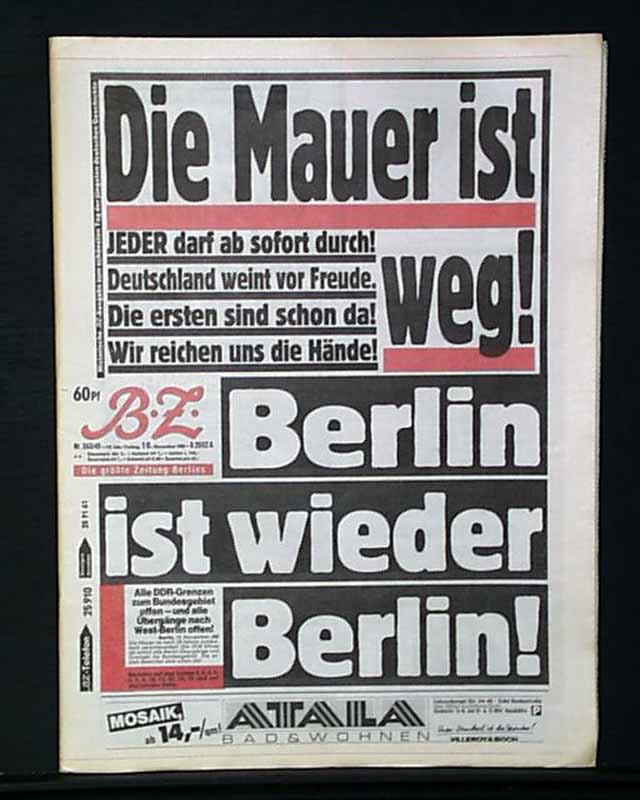 
B.Z., Berlin, West Germany, November 10, 1989 A great tabloid-size newspaper with huge headlines reading (translated from German): The Wall Is Gone!" "Berlin Is Again Berlin!" with several photos inside and reactions of the people. In very nice condition, and terrific to have such an historic event of the 20th century in a Berlin newspaper! 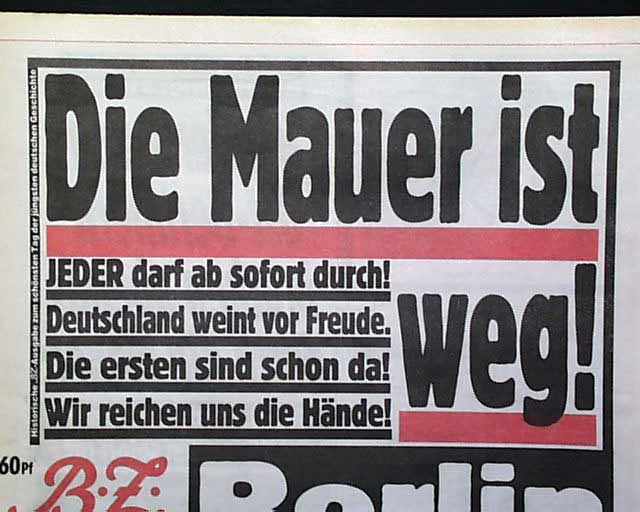 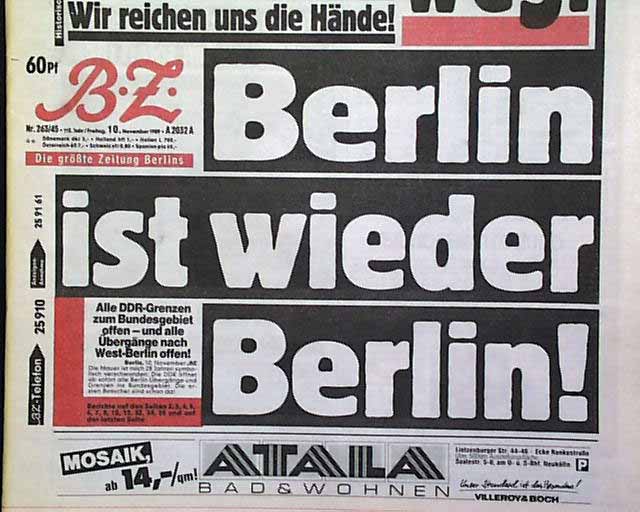 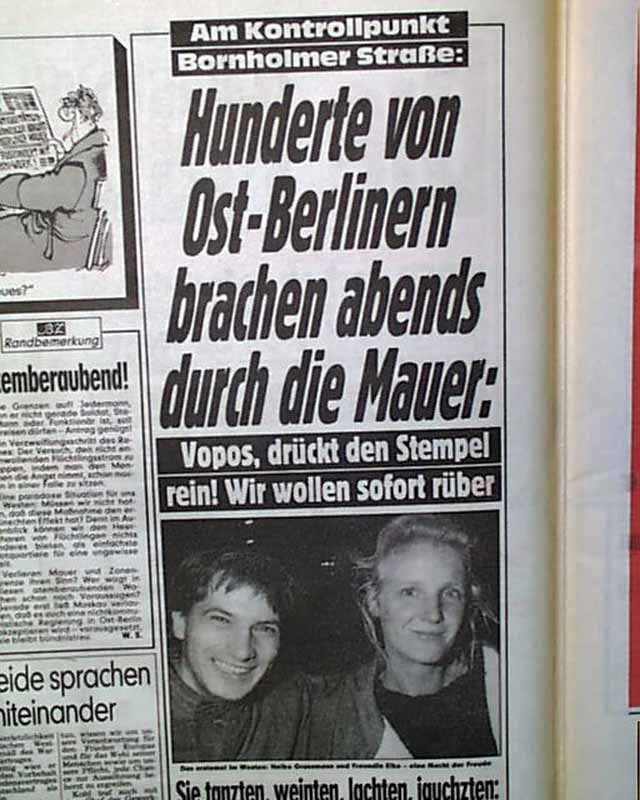 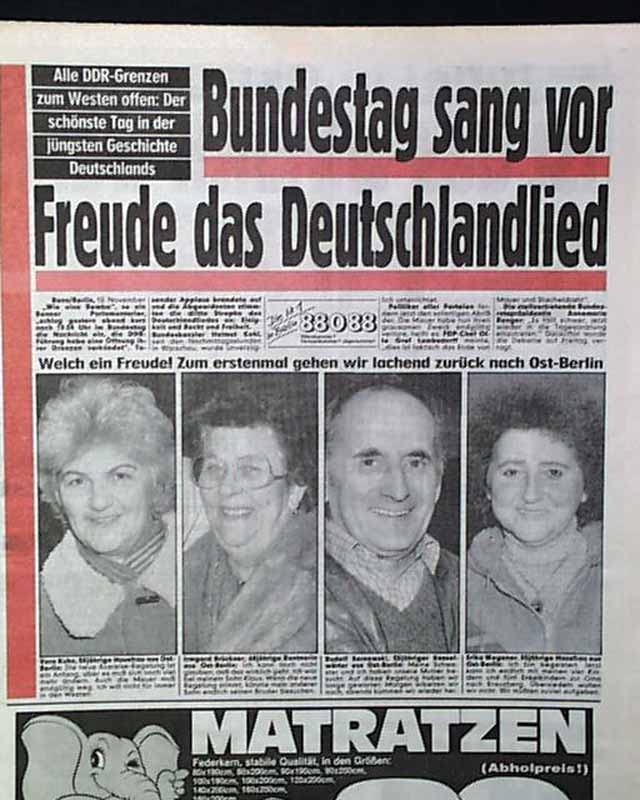 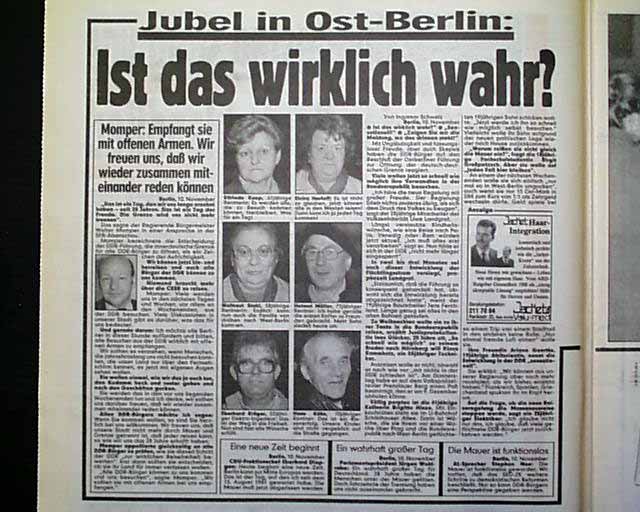 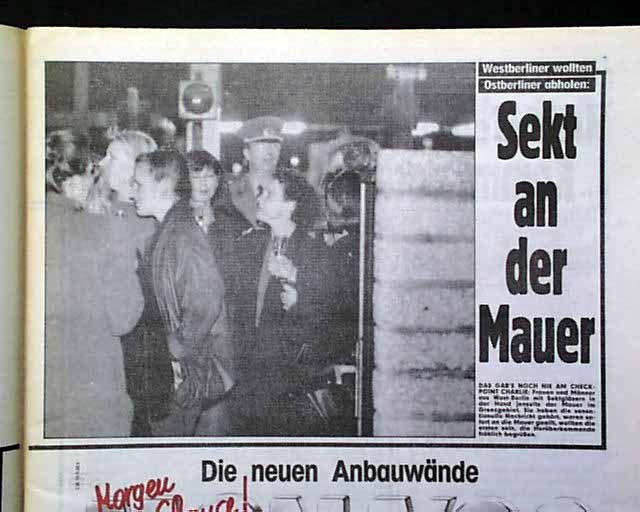 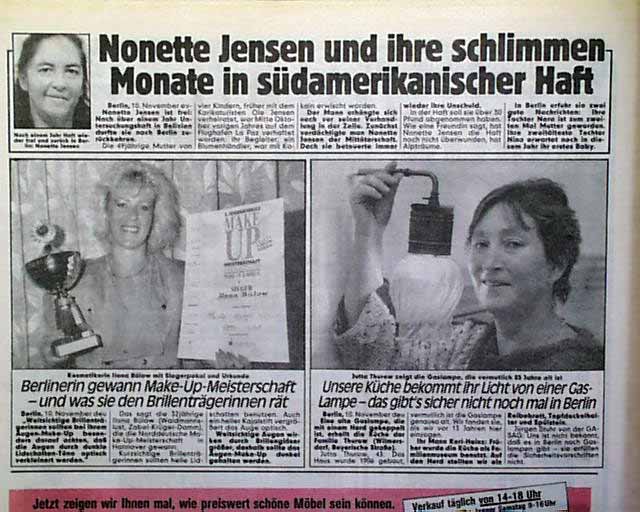 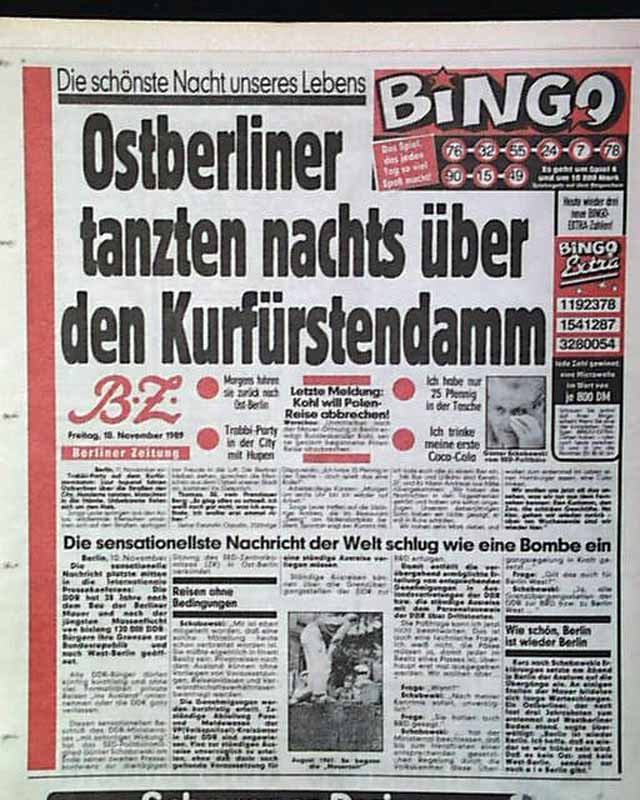