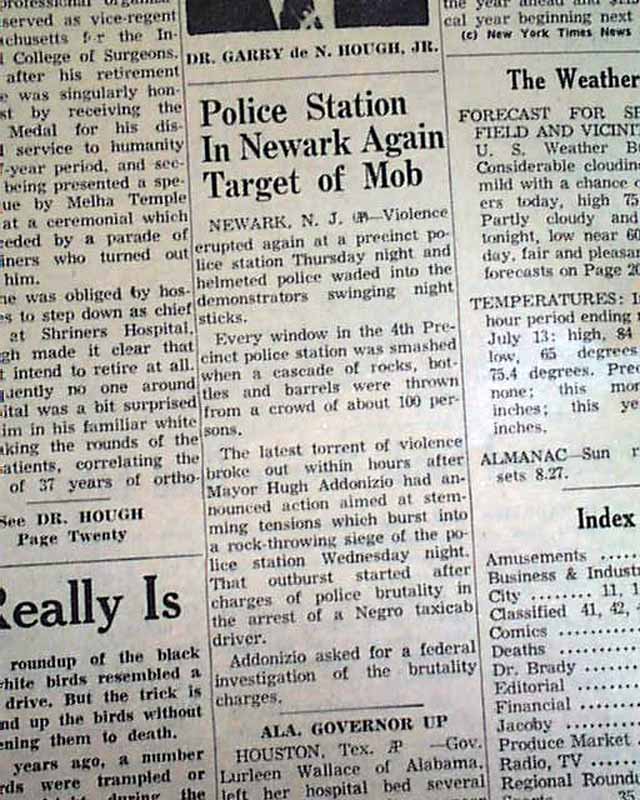 This 48 page newspaper has a one column headline on the front page: "Police Station In Newark Again target of Mob".

Other news of the day. Nice condition.