Home > Back to Search Results > Sinking of the RMS Titanic...
Click image to enlarge 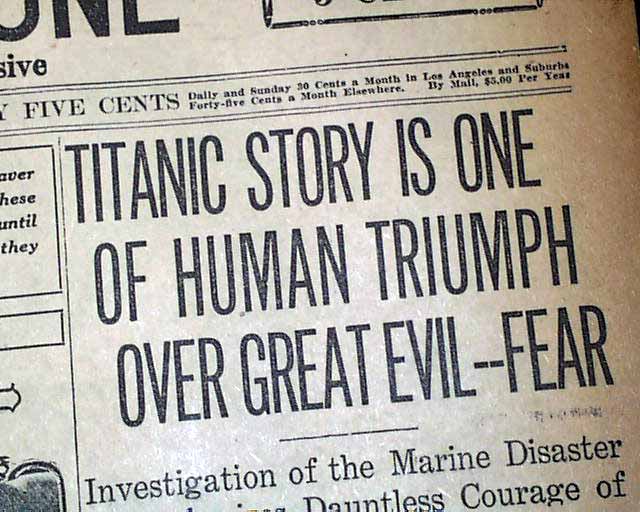 Sinking of the RMS Titanic...

* Sinking of the Titanic... Stress call ineffective
* Stories of Bravery

Given this was the weekly edition, it was the first issue to report the sinking of the Titanic. The front page has headlines two columns wide including: "Titanic Story Is One Of Human Triumph Over Great Evil - Fear" with various subheads (see photos). Elsewhere on the front page is: "Mrs. Clark, Recovered, Tells of Husband's Bravery". Much related reporting.

Page two has a large photo of John Jacob Astor and his wife, along with a 4 column head:  "Stupid Operator Didn't Understand 'C-Q-D'" and " Distress Call Of Titanic Is Ignored" with much related text (see).

Complete in 54 pages and in good condition, but due to the fragile nature of newsprint from this era the issue should be handled with care. Minor chipping at the corners.