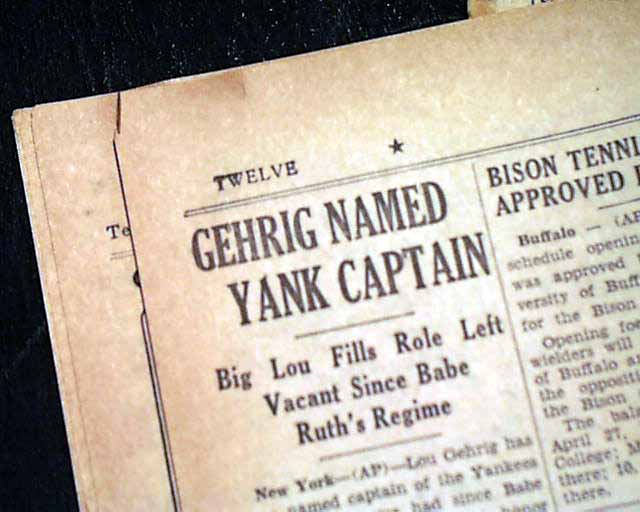 The top of page 12 has a one column heading: "GEHRIG NAMED YANK CAPTAIN" with subhead. (see) Only a few men have ever held the title of Captain of the Yankees with Derek Jeter being the latest. Also early reporting on boxer Joe Louis with photos on page 8.
Complete with 16 pages, light toning and some wear at the margins, more so along the spine, generally good. 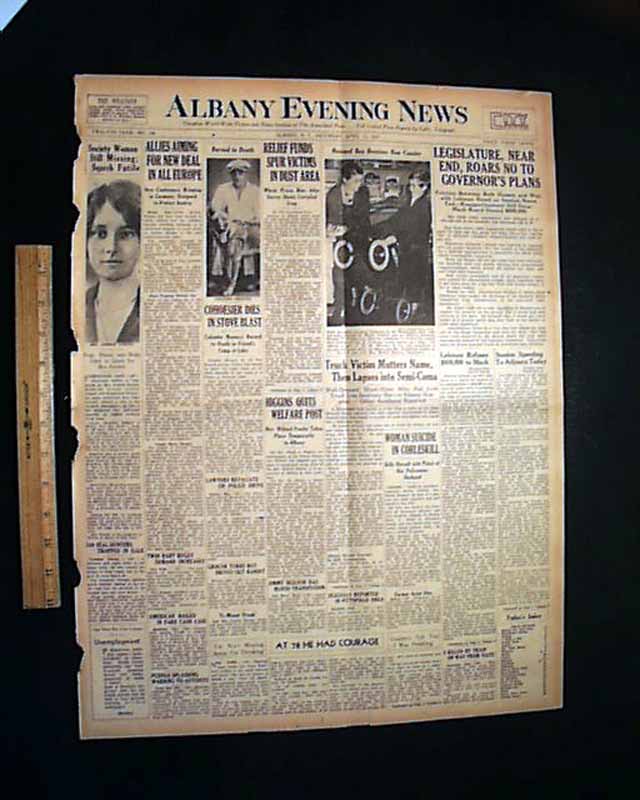 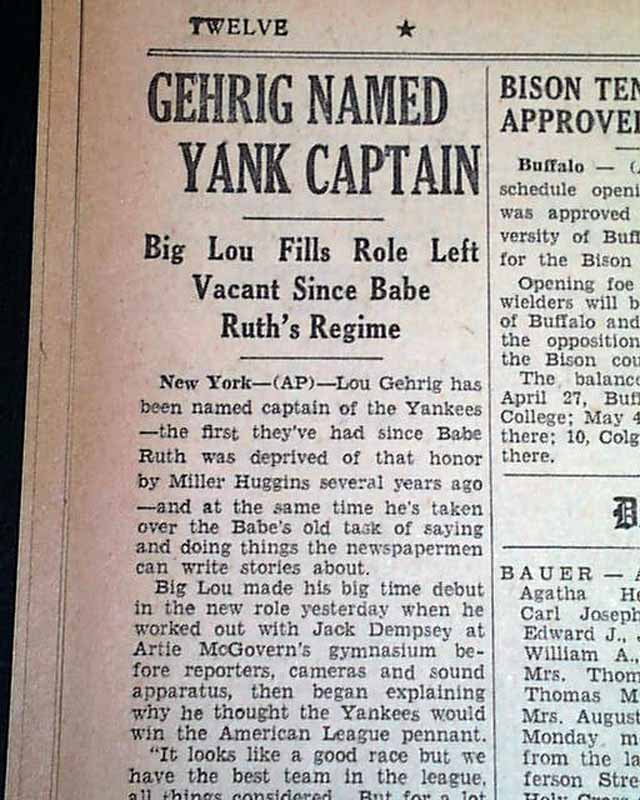 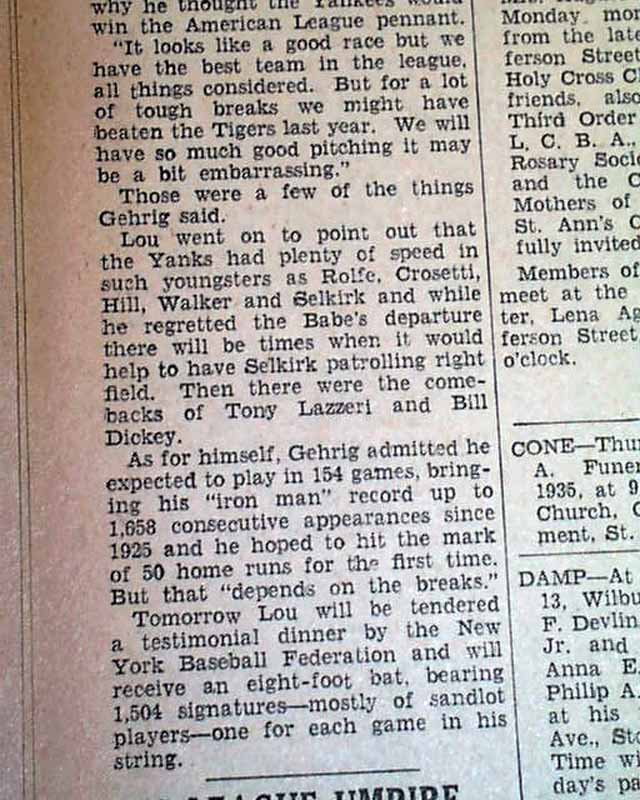 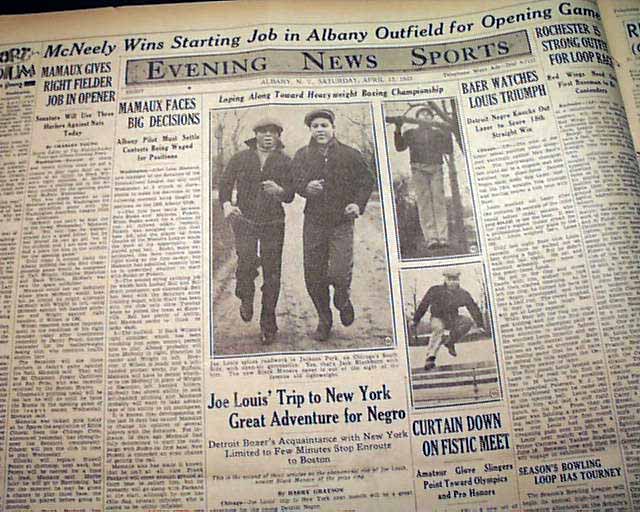 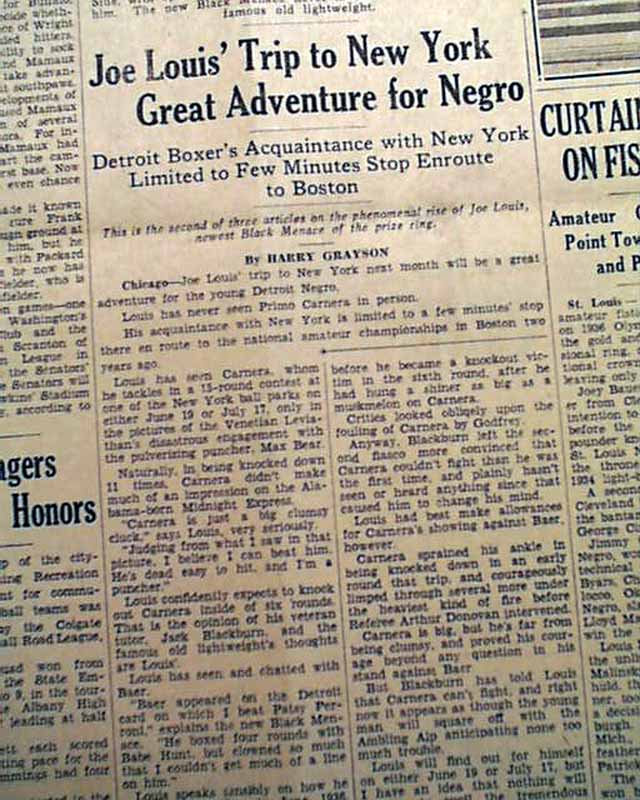 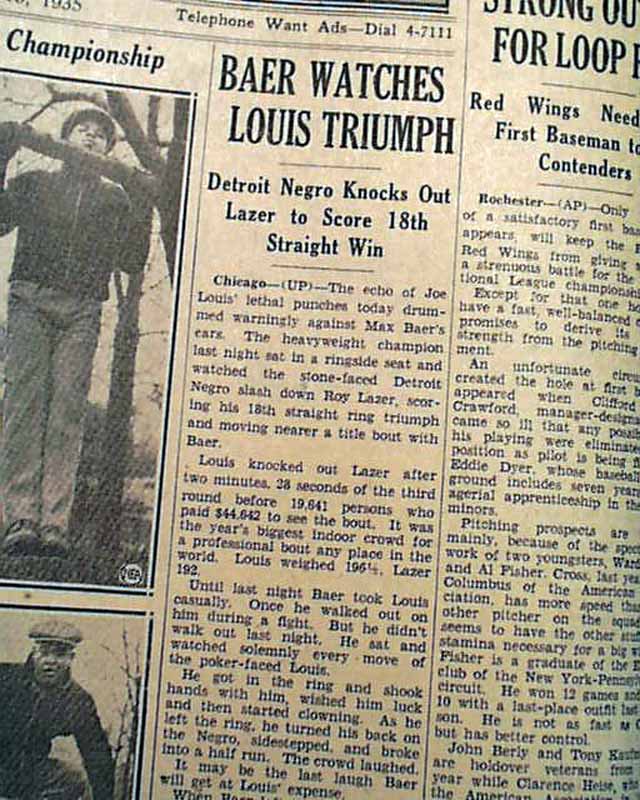 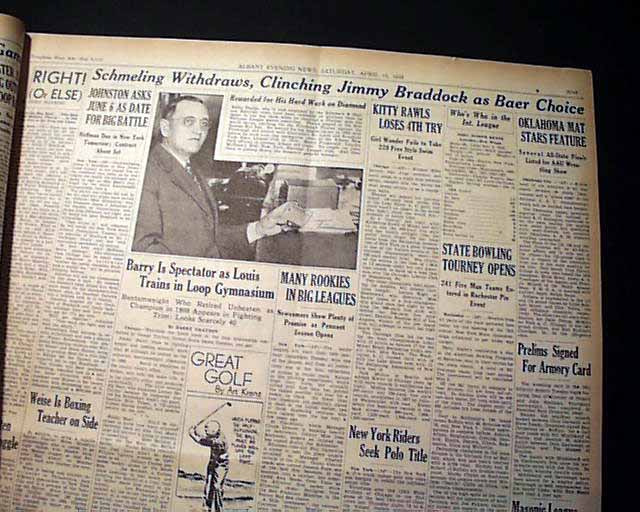