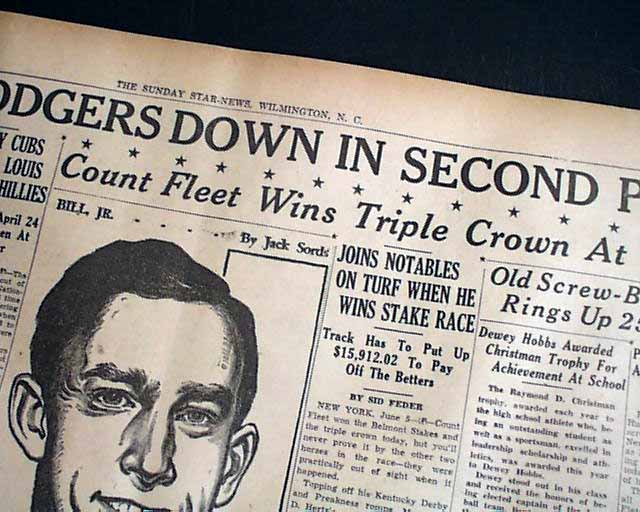 This 100+ page newspaper has one column headlines on the front page of the sport's section (inside) that include: "COUNT FLEET FIRST BY THIRTY LENGTHS IN $50,090 BELMONT" and "Sweeps 5 Springs Stakes."

The June 5th issue has one column headlines on page 2: "Fleet Seeks Triple Crown" "The Count Races At Belmont Today For Third Season Title" which gives pre-race coverage the day of the race. Complete 8 page issue.

The June 6th issue has a five column headline on page 8: "Count Fleet Wins Triple Crown At Belmont" with subheads (see photos). This was the 3rd of 3 historic wins for the famed horse to clinch the triple crown of horse racing.  This is a complete, 20 page issue.

Other news, sports and advertisements of the day. These issues have light browning with a little margin wear, but are otherwise in good condition.

wikipedia notes: Count Fleet (March 24, 1940 - December 3, 1973) was born and died at Stoner Creek Stud farm in Paris, Kentucky, United States. He was a Thoroughbred racehorse and Triple Crown champion in 1943. Sired by 1928 Kentucky Derby winner Reigh Count and out of a mare named Quickly, by Haste. Count Fleet was owned by the wife of John D. Hertz (1879-1961), best known for the rental car company bearing his name. John Hertz initially did not think much of Count Fleet and contemplated selling him until jockey Johnny Longden convinced him to keep the colt. 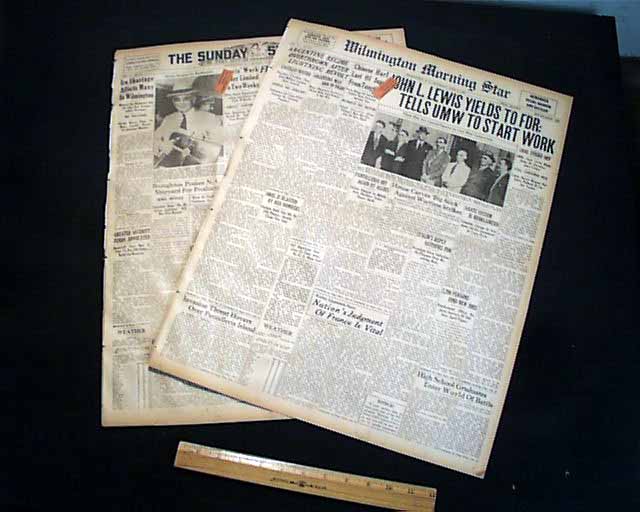 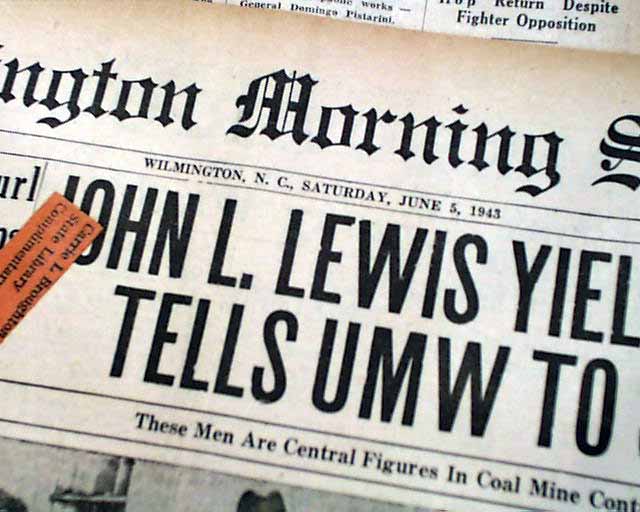 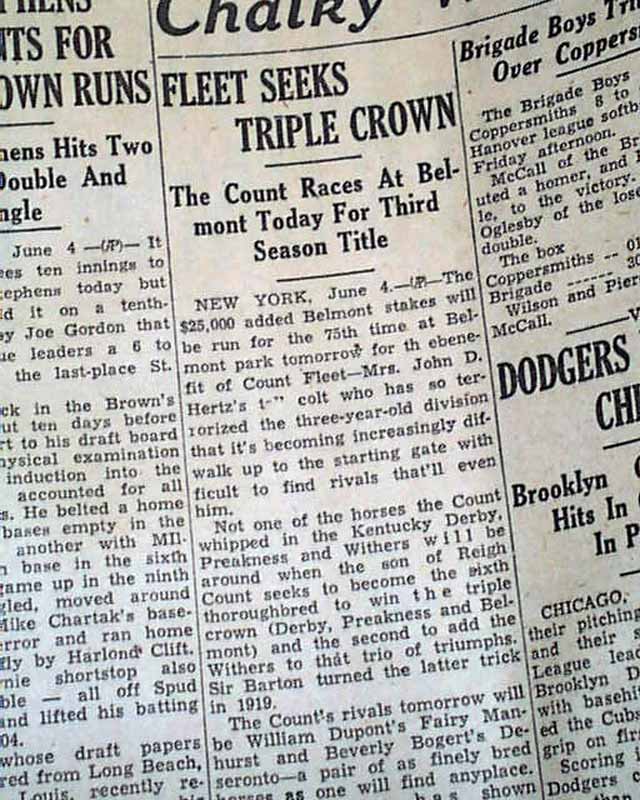 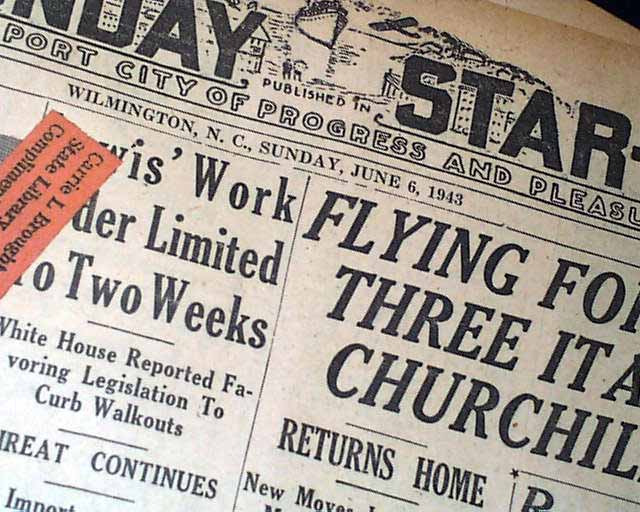 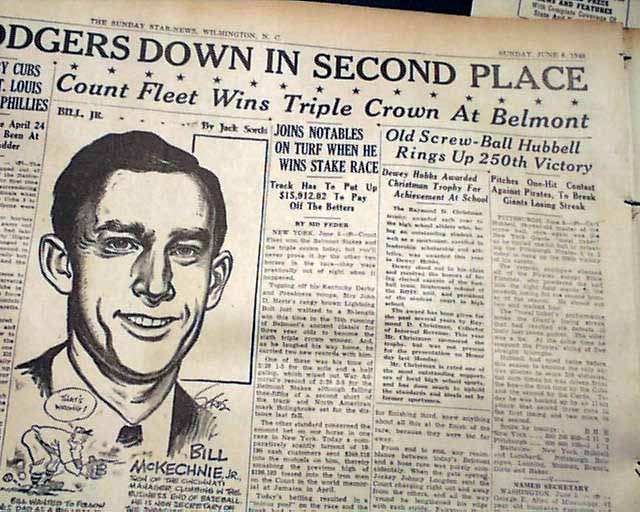 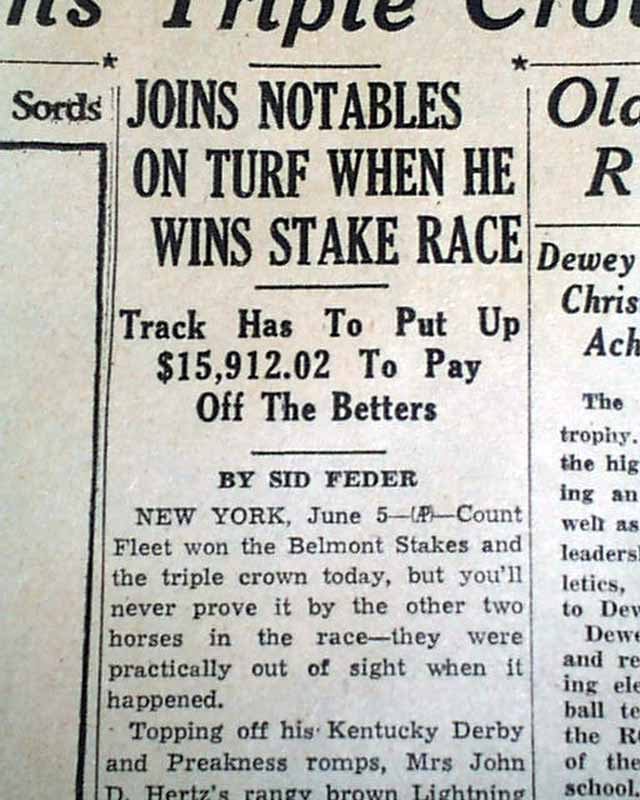 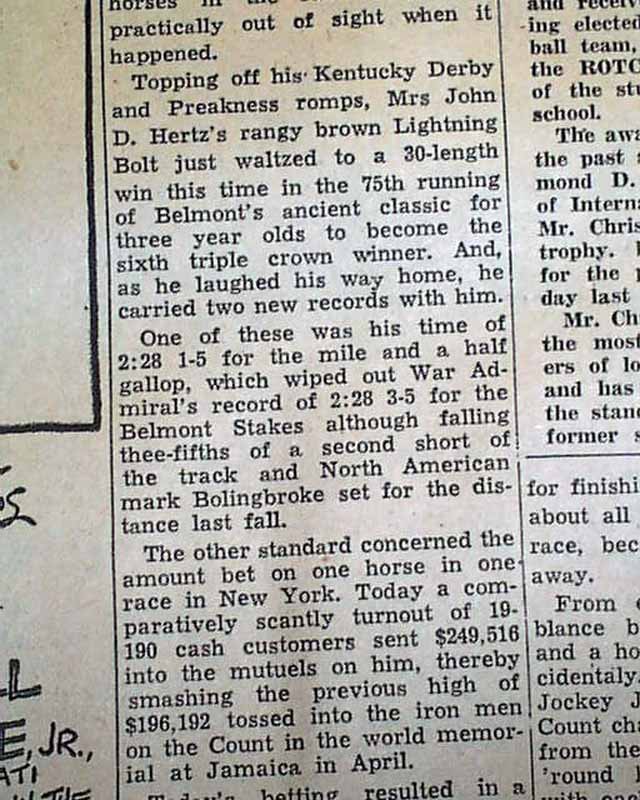 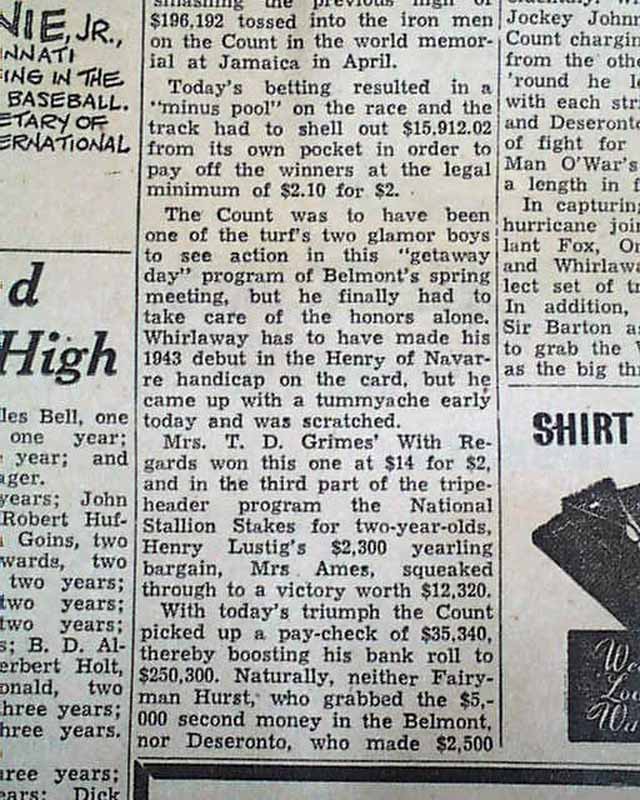