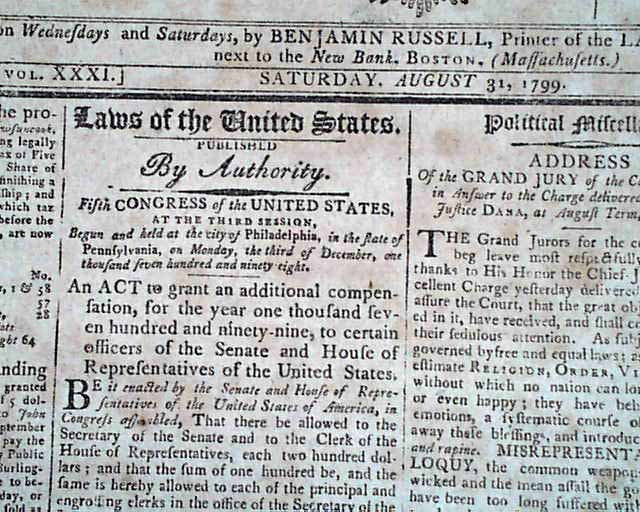 The front page has two Acts of Congress, each signed in script type: John Adams. One is to authorize the sale of: "...certain lands between the Great and Little Miami rivers in the territory of the United States north-west of the Ohio...". Other items include: "Rumors of a Naval Engagement" "Fever at Philadelphia".
Four pages, irregular at the spine, a few archival mends at margins inside, otherwise good.