Home > Back to Search Results > Battle of Corinth and so much more...
Click image to enlarge 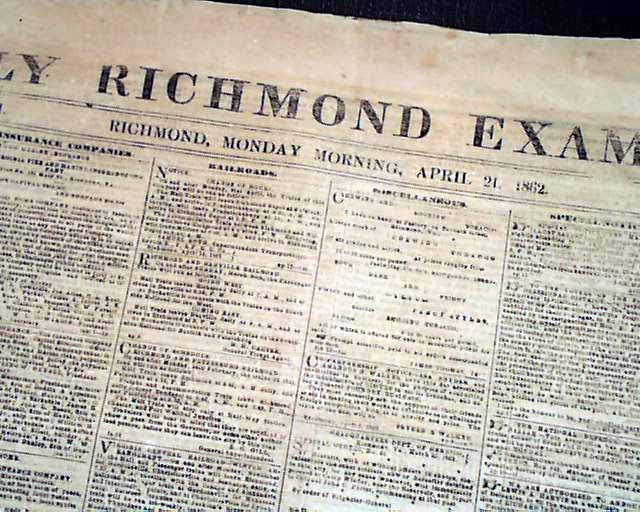 A nice newspaper from the capital of the Confederacy.
The front page is filled with ads, and pg. 2 begins with an editorial which starts: "It is impossible to over-estimate the importance of the crisis on the Peninsula. On that theatre the fate of the first American Revolution was decided & it may be that the second also may find its solution there..." with much more.
Other reports inside include: "The Latest Northern News--Movements & Spirit of the War" "The Union Victories in Congress" 'The Merrimac Affair In Europe" "We Have Not Borne Arms" "The Confederate Congress" "The Fall of Fort Pulaski--The Defence of Savannah" "The Battle of Corinth--The 2nd Day's Fight..." and so much more, including two dispatches, each signed in type: G. T. Beauregard.
Four pages, never bound nor trimmed, very nice condition.