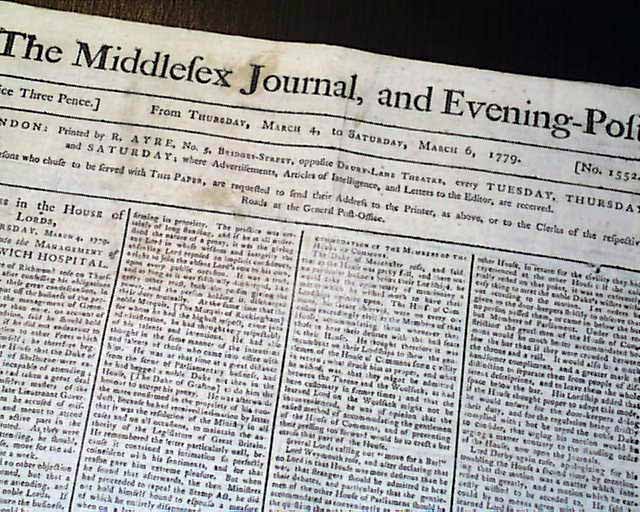 Page 2 has various item under: "American News" which has news from the Caribbean.
Page 3 has various tidbits of items from America including one noting: "...from Philadelphia says, that a number of Indians of the Oneida nation are arrived at general Washington's headquarters; they are to join colonel Morgan's corps & to scout near the lines to check the unlawful commerce...between the country people & the military."
Four pages, nice condition.