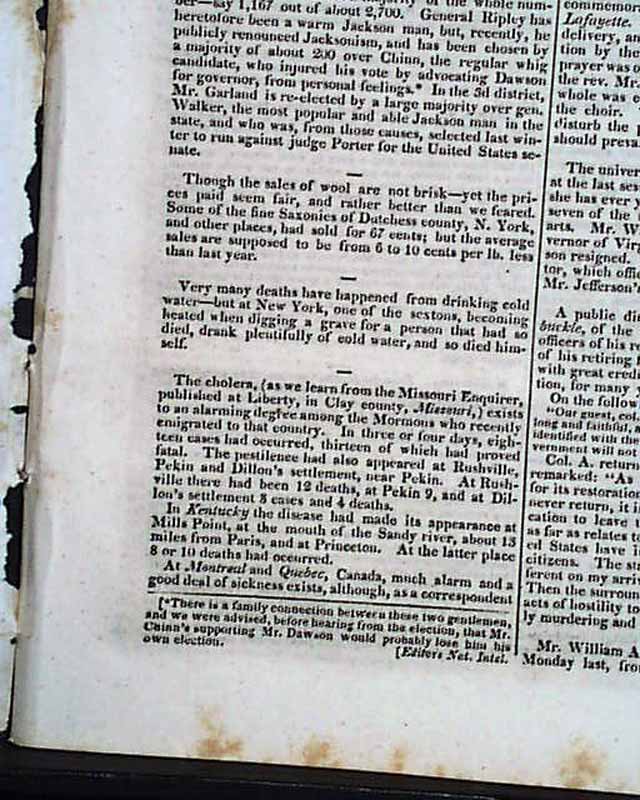 
NILES' NATIONAL REGISTER, Baltimore, Aug. 2, 1834  Page 2 has a simple one sentence report, interesting nonetheless: "A public dinner was given to col. David Crockett, at Louisville, Kentucky, on his way home."
Page 3 has a curious item about death caused by drinking cold water (a common thought in the 19th century--see), followed by a report noting: "The cholera...exists to an alarming degree among the Mormons who recently emigrated to that country [Missouri]..." with a bit more. Another page has a report from the "British Parliament" which concerns "Jewish disabilities", concerning Jews being able to serve in Parliament (see photos).
There is much more in this issue, including: "Gold Coins", various "Laws Of The United States" "West Point Academy" "The Coal Regions in Pennsylvania" "Power of Steam" and more.
Sixteen pages, 6 by 9 1/2 inches, very good condition.