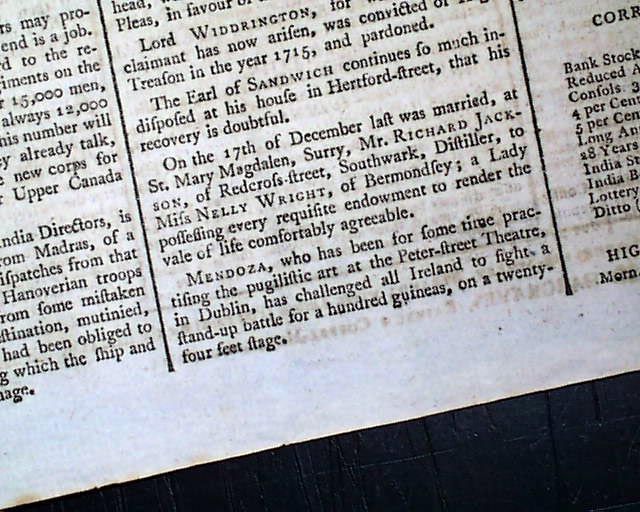 Page 3 has a brief report concerning "Mendoza, who has been for some time practicing the pugilistic art at the Peter-Street Theatre, in Dublin , has challenged all Ireland to fight a stand-up battle for a hundred guineas, on a twenty-four feet stage."
Mendoza is none other than the famed Jewish boxer Daniel Mendoza. He was a famous British boxer who transformed the English stereotype of a Jew from a weak, defenseless person into someone deserving of respect. He is said to have been the first Jew to talk to the King, George III.
Four pages, folio size, great condition.