Home > Back to Search Results > Jefferson and Adams on war...
Click image to enlarge 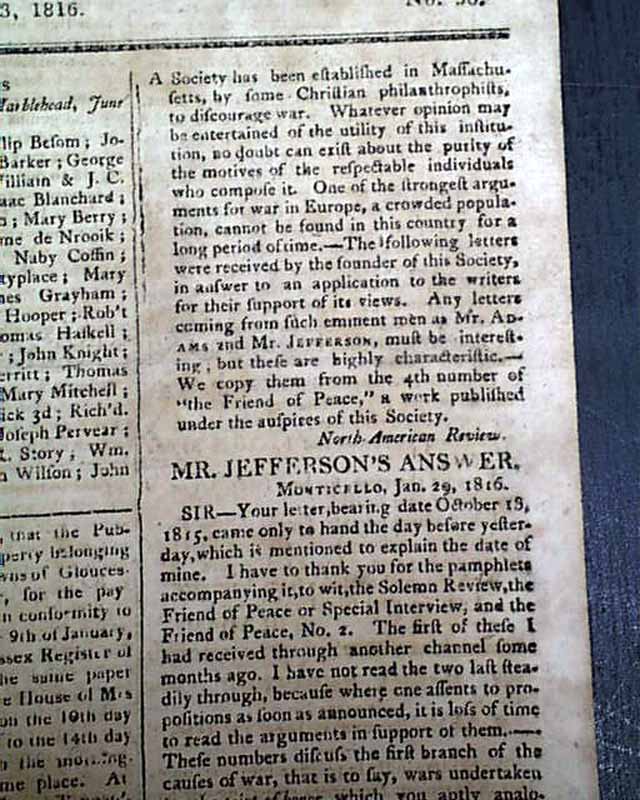 Jefferson and Adams on war...

The front page has a column taken up with a discussion concerning thoughts on war, mostly being: "Mr. Jefferson's Answer" to the topic, datelined at "Monticello, Jan. 29, 1816" and signed by him in type: Th. Jefferson. The top pf pg. 2 has: "Mr. Adams' Answer" to the same, signed: John Adams.
Four pages, nice condition.