Home > Back to Search Results > Notice for INA, oldest stock insurance company in the United States...
Click image to enlarge 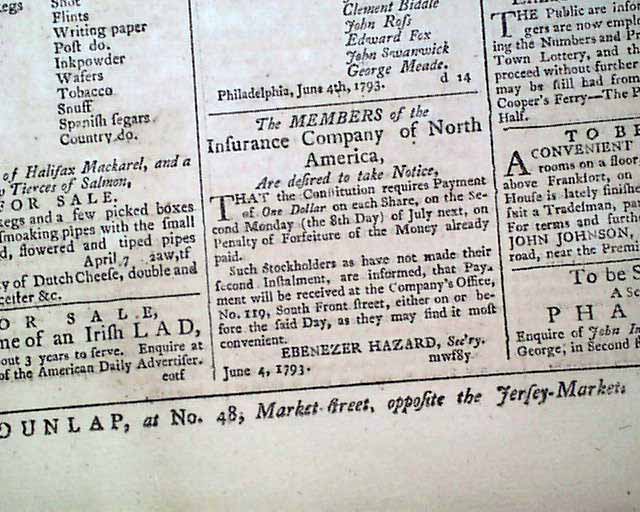 The bottom of the bkpg. has a notice: "The Members of the Insurance Company of North America..." with more. INA is the oldest stock insurance company in the U.S., founded in Phila. in 1792. It merged to form CIGNA in 1982.
The ftpg. has 17 illustrated ship ads.
Much news of the day inside with datelines from Phila., Savannah, Augusta, Bridgetown, Newark, Trenton, Charleston & New York.
Four pages, very nice condition.