Home > Back to Search Results > Jews are banished from Vienna, Austria...
Click image to enlarge 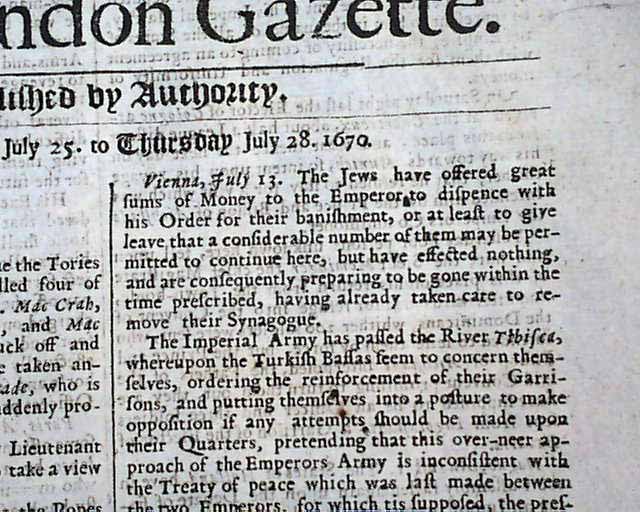 Jews are banished from Vienna, Austria...

* Jews are expelled from Vienna (Austria)
* The synagogue has been removed!
* Extremely rare reporting
* Only the 5th year of L.G.'s publication

The top of the front page has a report from Vienna noting: "The Jews have offered great sums of money to the Emperor to dispence with his order for their banishment, or at least to give leave that a considerable number of them may be permitted to continue here, but have effected nothing and are consequently preparing to be gone within the time prescribed having already taken care to remove their Synagogue."
The back page has a brief item mentioning slaves for the Caribbean, with: "...have news from Martinego that that Plantation is in a thriving posture & had got leave from the King of Ardres upon the coast of Guiny to transport several Negroes for the service of that island."
Complete as a single sheet newspaper, 7 by 11 inches, very nice condition. This is the world's oldest continually published English language newspaper, having begun in 1665 and is still publishing today. 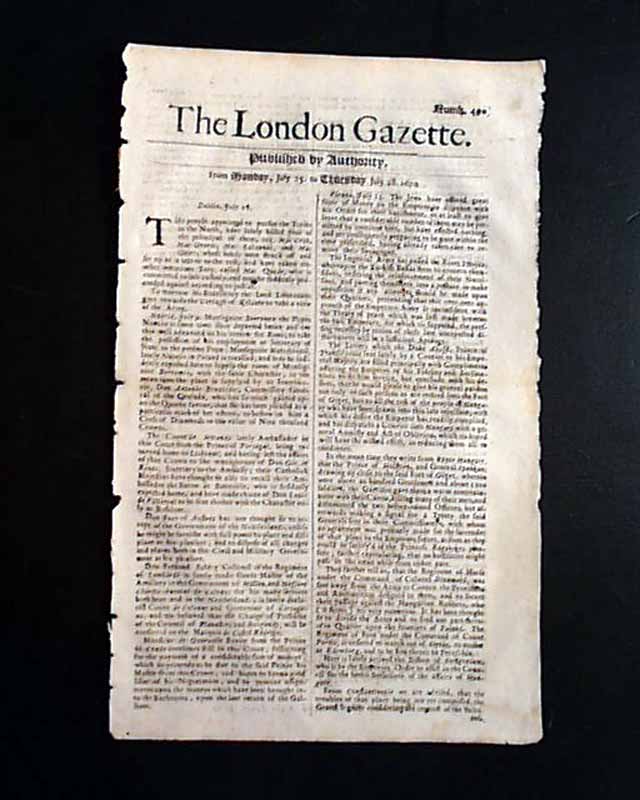 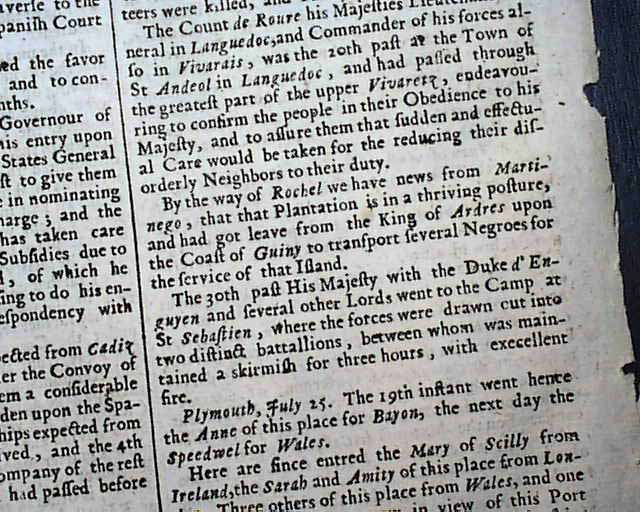 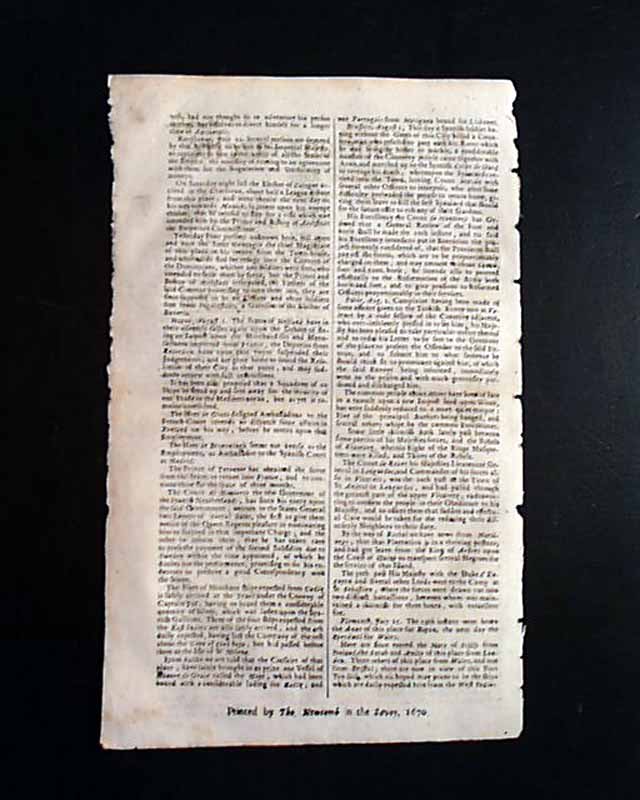