Home > Back to Search Results > President-elect enroute for his inauguration...
Click image to enlarge 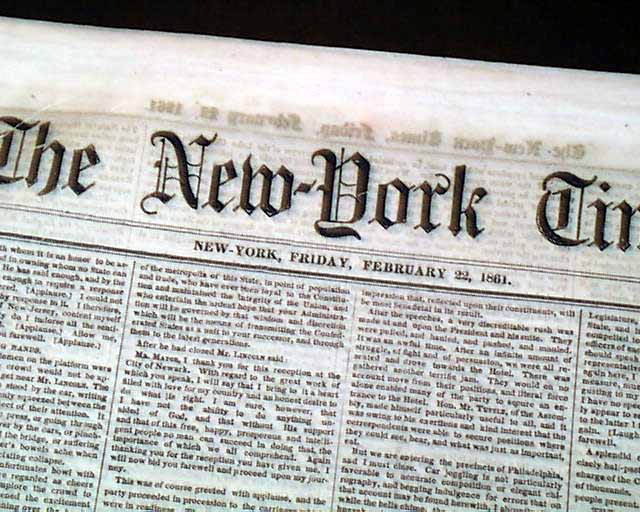 President-elect enroute for his inauguration...

The front page has the following one column headings: "THE INCOMING ADMINISTRATION" "Progress of the President Elect Towards Washington" "His Departure From New York" "Popular Ovation at Jersey City and Speeches of Mr. Lincoln" "The President-Elect nearly Squeezed to Death in the Crowd: "His Reception At Newark" and more.
Complete with 8 pages, uncut and untrimmed, printing flaw slightly affects the mentioned headings (see), generally very nice.